It’s been a crazy year in Suncorp Super Netball. A year of hubs, midweek games, and rule changes such as rolling subs and Super Shots. The introduction of the Super Shot was supposedly going to stem the dominance of the tall holding shooter. Well, that may have been the thinking. But it certainly didn’t turn out to be the case with the voting in our annual MVP award. In each match of the regular season, our match reporters award votes on a 3,2,1 basis to the three players they consider to be best on court. And after 14 rounds, we’ve found a very conclusive winner…

Jhaniele Fowler becomes the first goal shooter to win this award. While the official MVP awards have regularly gone to tall holding goal shooters, that hasn’t been the case with us. In fact, circle defenders have won on four of the five previous occasions we’ve held this award. But Fowler simply couldn’t be denied in 2020. She has been every bit as dominant as she has ever been, in fact probably more so.

Fowler had the MVP wrapped up with still two rounds to go and ended up six votes ahead of her nearest challenger. She polled votes in 9 out of 14 rounds, more than anyone else, and she was voted best on court on four occasions, again, more than anyone else. She was also judged the second best player on three further occasions. That means that in half of the games she played, she was judged to be one of the two best players on court.

Fowler often has to battle against her own lofty standards. On three occasions this year, she scored over 50 goals and didn’t receive a single vote. In fact, there were only two games when she failed to reach the half century, and on both occasions, Fever lost. Fowler finished the regular season with a whopping 795 goals at 56.8 goals per game. That’s 212 goals ahead of fellow Jamaican shooter, Romelda Aiken. She also dominated Nissan Net Points, finishing over 350 points ahead of yet another Jamaican, Shamera Sterling.

Jhaniele Fowler is a very worthy winner of this award. It will be interesting to see if she can continue with her dominant form in the upcoming finals, as Fever search for their first ever title. 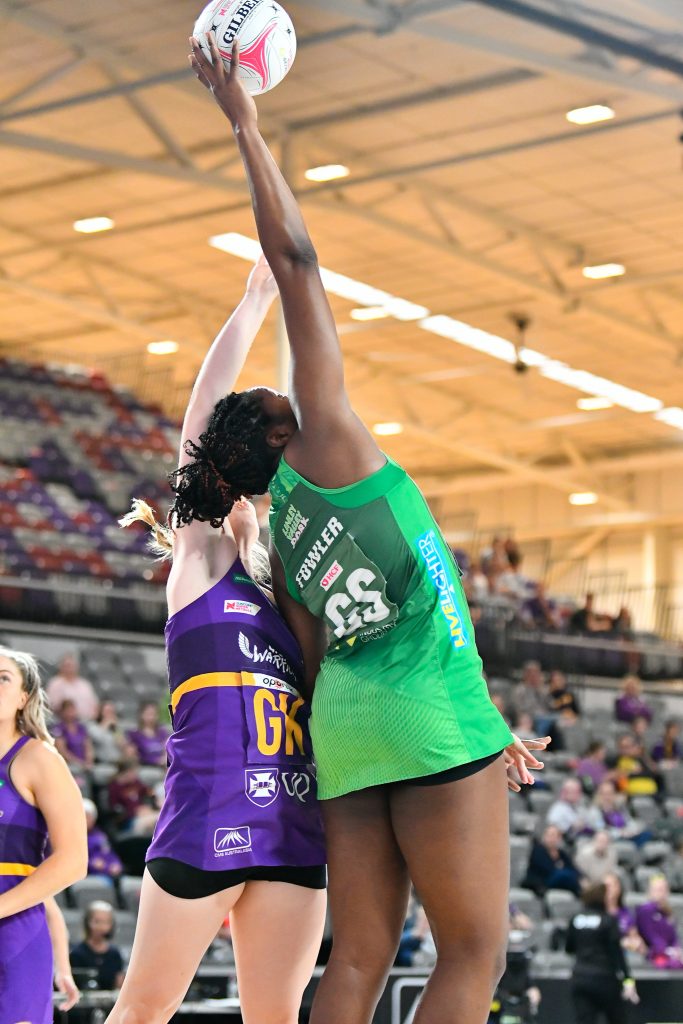 On to the club MVP awards. This is quite straightforward. We give the award for each club to its highest placed player in overall MVP voting. This format is a good guide to each team’s best players over the course of the season.

As our overall MVP, Fowler is of course also Fever’s MVP. She finished seven votes clear of Courtney Bruce. Bruce has had another outstanding season and was a little unlucky to not finish closer. Due to injury, she missed four of the first five games and only played 30 minutes in the other. So she has polled 13 votes in just 9 games. Verity Charles also polled well in third. Between them, these three players accounted for eight best on court performances.

This is well deserved for Jenner. An excitement machine in defence, she has played some spectacular matches this year. In round 13, she took the lead with the last of her three best on court performances during the season. But the effort of Tippah Dwan can’t be overstated. It’s easy to forget that she is a rookie, because she has played at such a high level and grown so much over the 14 rounds. Gabi Simpson and a rejuvenated Romelda Aiken also shone.

This took until the last round to decide, as Parmenter took out the award with a player of the match effort against Swifts. She finished with a bang, having also picked up three votes in round 12. In just two seasons at this level, she has proven to be a star at wing defence, and must surely have gone close to Diamonds squad selection. Jamie-Lee Price had another solid year at centre to finish second. Jo Harten was another vote back, followed by Kiera Austin.

Pretorius was Netball Scoop MVP last year. She couldn’t repeat that in 2020 but still did enough to take out this award. There are such high expectations of her, and it’s fair to say she hasn’t been at her absolute best this year. But she’s still been very good. She was voted best on court three times. Laura Langman had another good consistent season and shared the runner up spot with Phumza Maweni, while shooter Cara Koenen rounded out the top four. 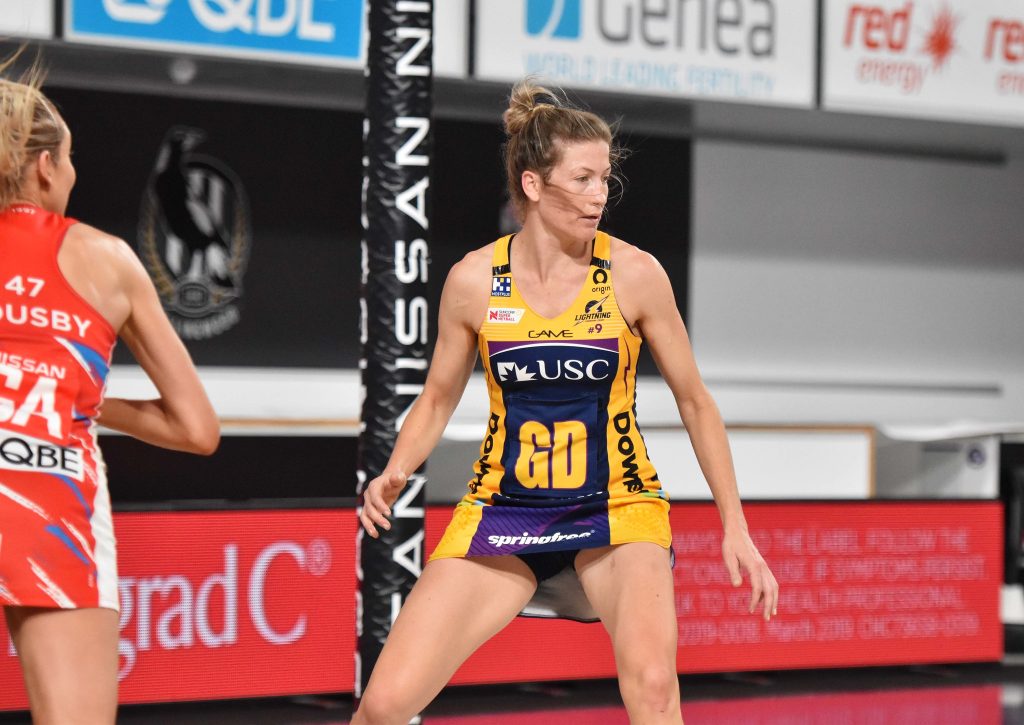 Karla Pretorius in the mix for MVP for the fourth year in a row. Photo: Marcela Massey

It was a tough year for Collingwood, with just a solitary win to show for all their troubles. The shining light through it all was the defence of their back three. After a below-par start by her own high standards, Mentor’s second half of the season was tremendous. She repeatedly won possession, only to find her teammates squandering opportunities at the other end. Fellow defenders, Jodi Ann Ward and Mel Bragg were also consistently good throughout the season.

This was the closest and most compressed voting of any club. In all, nine players got votes and the top two couldn’t be split. Coming back from a knee injury, Proud was perhaps a bit off the pace at the start of the season but really hit her straps at the half way mark. Meanwhile, Hadley added another string to her midcourt bow this year by consistently playing well at wing defence. Sarah Klau and Lauren Moore were just two votes behind the two winners.

This was a tricky one. Sterling had another great start to the season and was on track to dominate almost as much as she had done in 2019. But after suffering an injury in round nine, she wasn’t quite at her best after that. Even so, she still did enough to hold out 18 year old rookie shooter Georgie Horjus by just one vote. Chelsea Pitman finished third, two votes further back, in a sign Thunderbirds may have erred in not offering her a contract for next season.

With just two losses in the regular season, it’s no wonder this award was so competitive. In all, nine players polled votes, and some players who’ve had terrific seasons couldn’t even make the top four. Moloney was consistently solid at centre throughout the entire regular season and picked up three lots of three votes to take it out. Runner-up Liz Watson was also best on court on three occasions. Jo Weston and Mwai Kumwenda finished two votes further back. 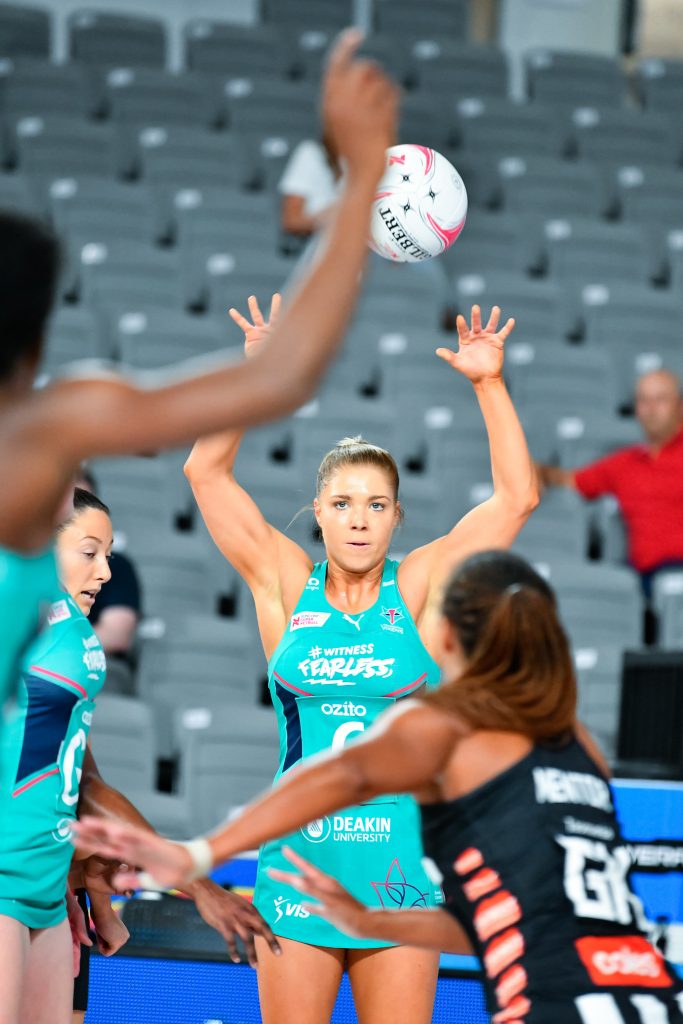 TEAM OF THE YEAR

With the team of the year, again, this is straightforward. We simply take the highest polling player from each netball position in the overall MVP voting. Most positions were reasonably clear cut. Goal defence was tight however, with Karla Pretorius just edging out Kim Jenner by one vote. The most contentious position of all was goal attack. As none of the experienced GAs polled well enough to win, it was down to two rookies. And Tippah Dwan just got the nod over Georgie Horjus by one vote. All in all though, this certainly looks like an impressive team of the year to us.