The dust has barely settled on the 2020 Suncorp Super Netball trophy, but after such a highly entertaining season, fans are already looking toward the 2021 season – which is less than 6 months away!  And, with that comes the anticipation of the 2021 signings.

So far, 2020 has produced a string of retirement news. Then came the September renewal period where clubs are only allowed to sign their own players, training partners or out-of-contract athletes. This produced some massive upsets and movements. Now that we are in the ‘open’ period where clubs are allowed to approach any un-signed athlete, fans are expecting even more drama.

All these developments are enough to give even the most avid netball fan a headache. But, Netball Scoop has you covered. We’ll keep you updated until the last contract is signed.

**Please note ** the below lists are created on a traditional 10 player squad. If the League decides to extend the squad to 12, we will make changes. 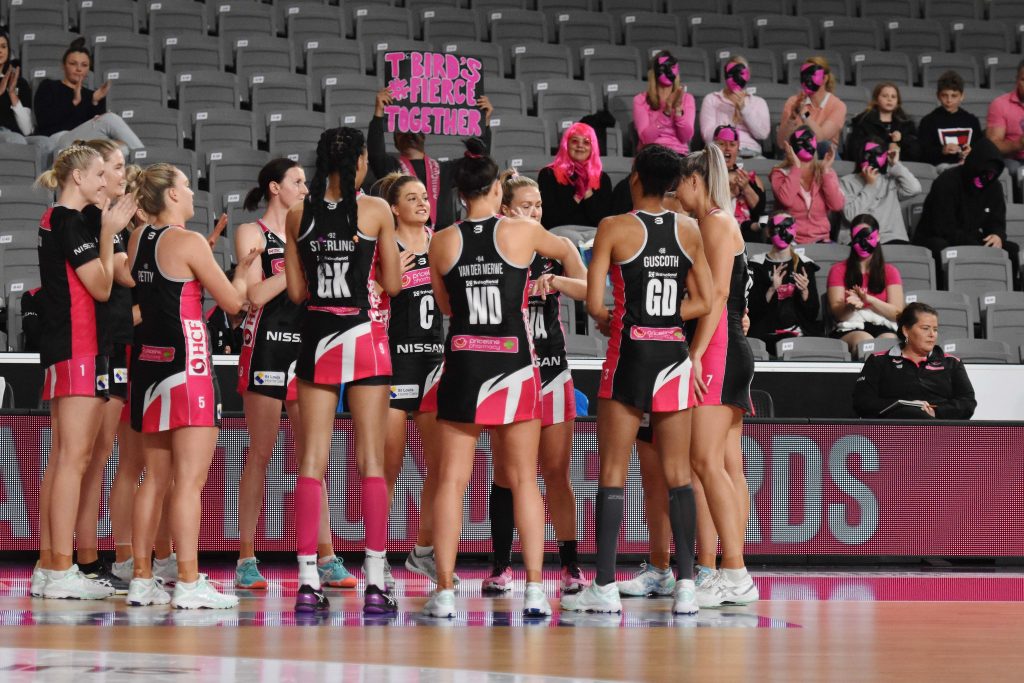 Will the Adelaide Thunderbirds be ‘fierce together’ in 2021? Photo: Marcela Massey

The 2021 Thunderbirds will have a mixture of familiar faces and new signings as they look to build a more youthful team. Their attack end will bring the excitement with the signings of dynamic shooters Lenize Potgieter and up-and-comers Georgie Horjus and Sam Gooden. The defence end also is also filled with youthful excitement with Shamera Sterling being joined by new teammates, Matilda Garrett and fellow Sunshine Girl Latanya Wilson. 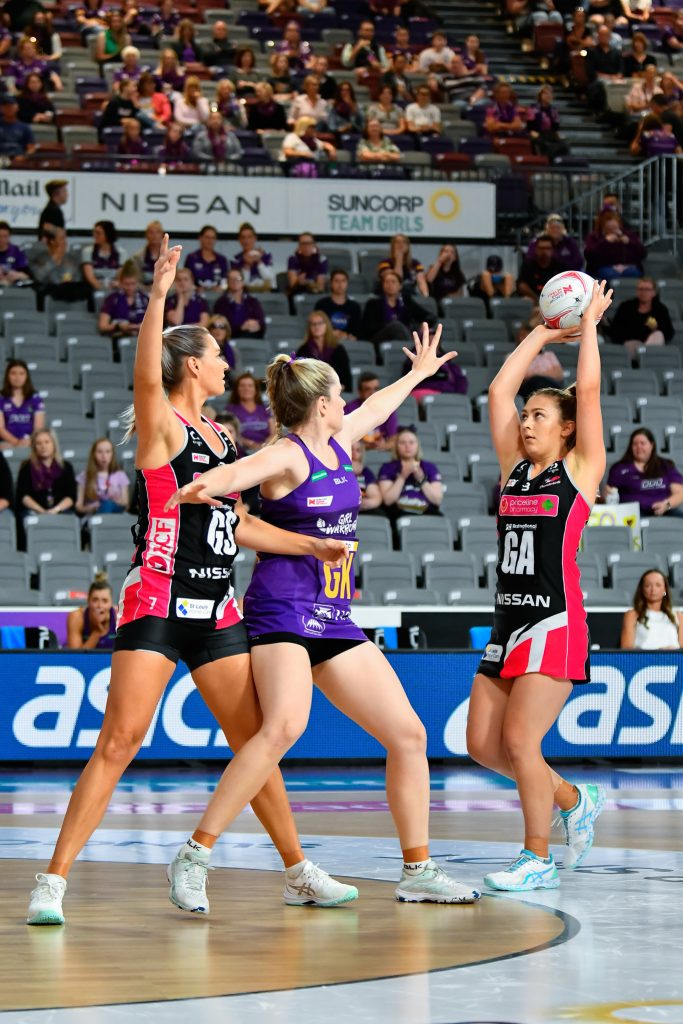 Georgie Horjus and Lenize Potgieter are back for the Thunderbirds in 2021. Photo: Simon Leonard 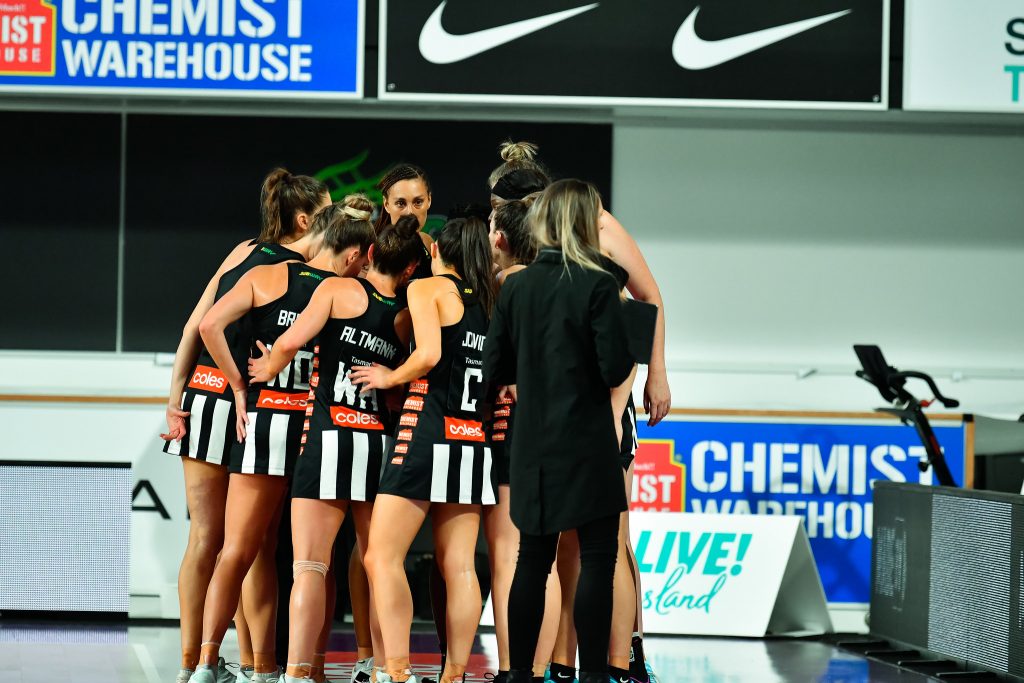 Can the Magpies mix of youth and experience pay dividends in 2021? Photo: Simon Leonard

The Collingwood Magpies are in another rebuilding phase, with a couple of their big named athletes calling time on their netball careers and their coach, Rob Wright, not renewed for the 2021 season. So far, their 2021 roster boasts some exciting up-and-coming athletes and the calm by dynamic leadership of Geva Mentor and Ash Brazill. Magpies have also signed Trinidad and Tobago goal attack, Kalifa McCollin who will round out their shooting circle with Gabi Sinclair and Shimona Nelson also renewing. 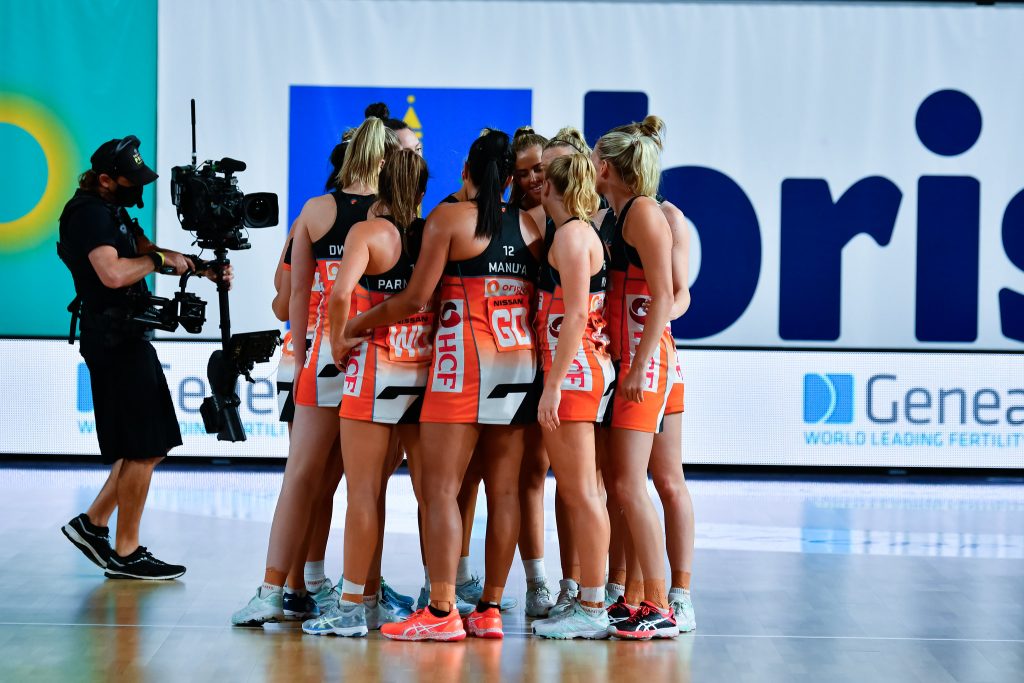 Where to from here for Giants Netball? Photo: Simon Leonard

The Giants 2021 line-up doesn’t show many changes, other than missing the big name of Caitlin Bassett who has signed with New Zealand franchise, Splice Construction Magic. You can read about the reasons behind the decision here. In a surprise move, Giants added more defensive power to their 2021 lineup by signing April Brandley as their 10th contracted player. This places a lot of extra pressure on relatively inexperienced athletes, Kiera Austin and Maddie Hay as the ball carriers for the attack end. But, Austin lifted in form at end of the 2020 season, showing that she may be ready for the responsibility. 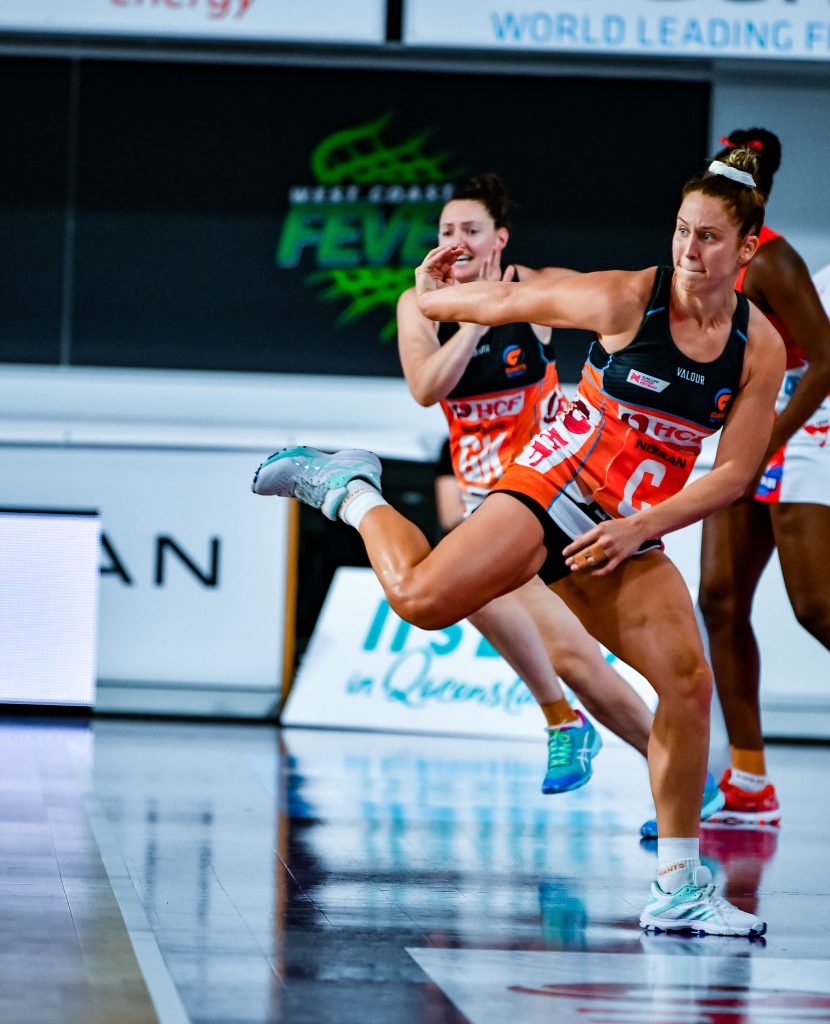 Jamie-Lee Price will be back in orange next season. Photo: Simon Leonard 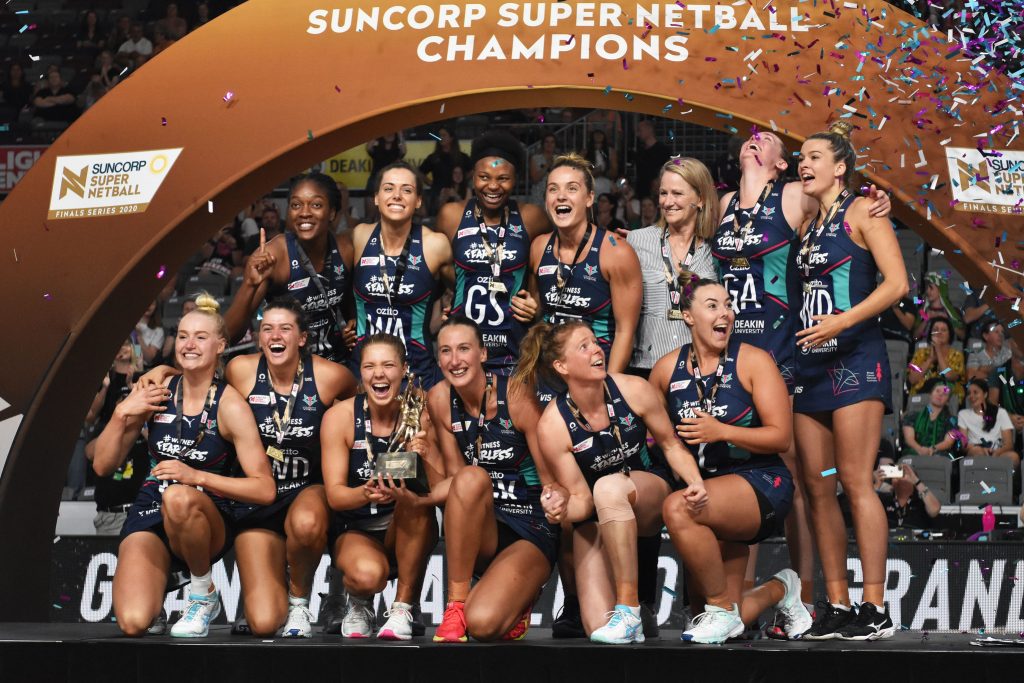 The Reigning Premiers will look a bit different in season 2021. Photo: Marcela Massey

The Vixens capped off a stellar season with a premiership win. This was a fairytale way to send off two of their world-class shooters, Caitlin Thwaites and Tegan Philip who have announced their retirement. Replacing such talent is going to be a hard task for the Vixens. Vixens are otherwise a club who have had largely the same roster for years, so it no surprise to see some of their regulars already locked-in for next season. 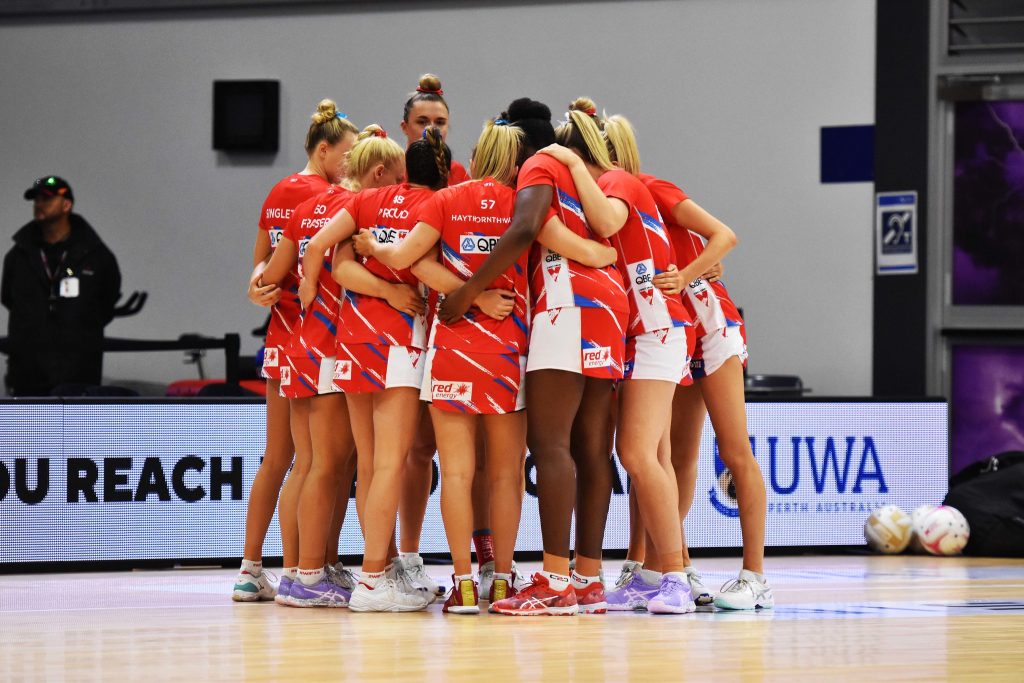 The New South Wales Swifts have locked in most of their 2021 roster. Photo: Marcela Massey

The Swifts are a club with a lot of player loyalty. So, fans will be pleased to learn that their 2021 squad remains almost the same as their 2020 squad with one slight difference. Wing defence / goal defence, Sophie Craig has not been re-signed. But, training partner, Tayla Fraser has been elevated to the contracted list. Fraser featured off-the-bench in several close games throughout the 2020 season and proved to be a great impact player, seamlessly slotting into centre or wing attack. 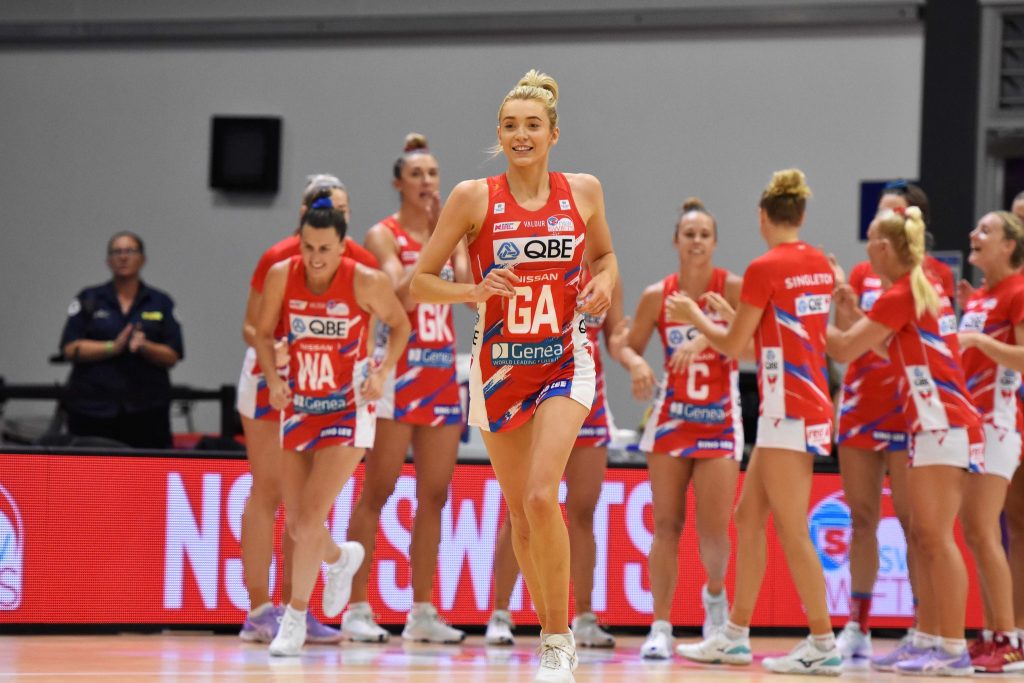 Helen Housby is back for the Swifts in 2021. Photo: Marcela Massey 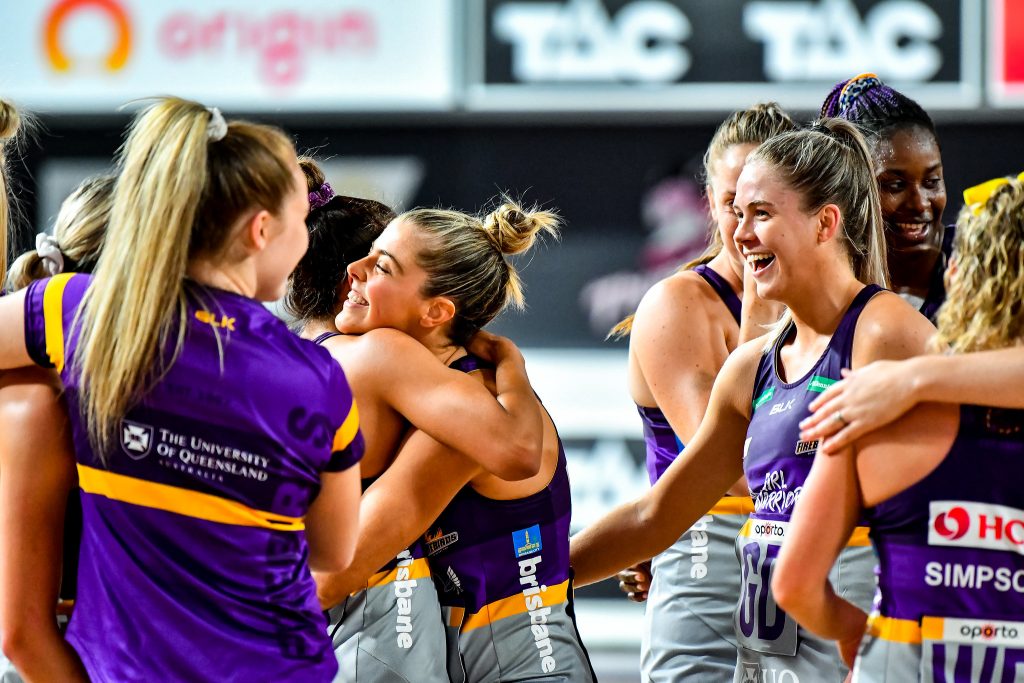 The Queensland Firebirds have locked in their 2021 team. Photo: Simon Leonard

The Firebirds were the underdogs of 2020 who brought all the surprises. Their gritty wins toward the end of the season saw them rocket up the ladder and just miss out on a finals berth.  They were the first team to have rounded out next season’s roster. Fans will be happy to see a mostly unchanged lineup, boosted by the star power of returnees, Gretel Bueta and Kim Ravaillion. And, with the experienced and creative Megan Anderson as their 2021 coach, the future looks bright for the Firebirds. 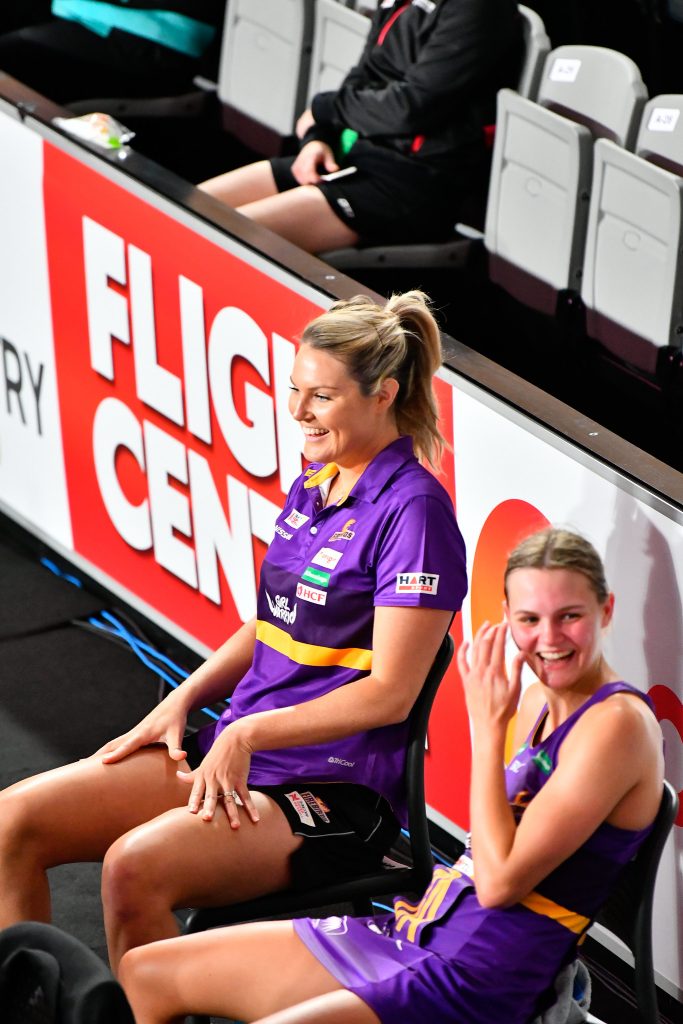 Gretel Bueta will return to the court after sitting out the 2020 season due to pregnancy. Photo: Simon Leonard

Who will stay and who will go from the Lightning? Photo: Marcela Massey

And the retirements continue with Laura Langman announcing her retirement from netball on Instagram on 21 October. Could we see Mahalia Cassidy making the trip up the Bruce Highway to play for Lightning?  Lightning have locked in a versatile and mobile defence unit by retaining South African duo Maweni and Pretorius and introducing former Thunderbird and English Rose, Kate Shimmin. Their midcourt is bolstered by former Firebird Mahalia Cassidy and exciting newcomer Ash Unit who impressed in her few minutes on court in the 2020 season. 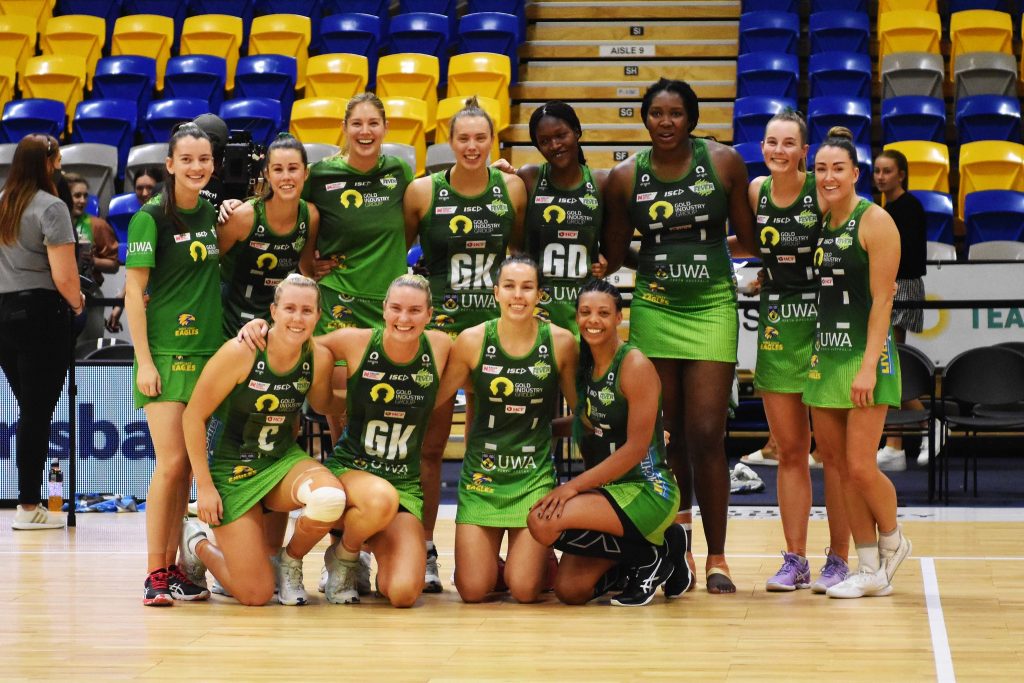 If the saying ‘defence wins premierships’ is true, then the West Coast Fever have their eye on the prize in 2021. They have elected to sign four defenders for Stacey Marinkovich’s last season at the helm. Though, with Stacey Francis spending more and more time in the midcourt, expect this to be a regular position for her next season. On 25 October, Fever rounded out their 10 player squad with the addition of former Thunderbird, Sasha Glasgow. 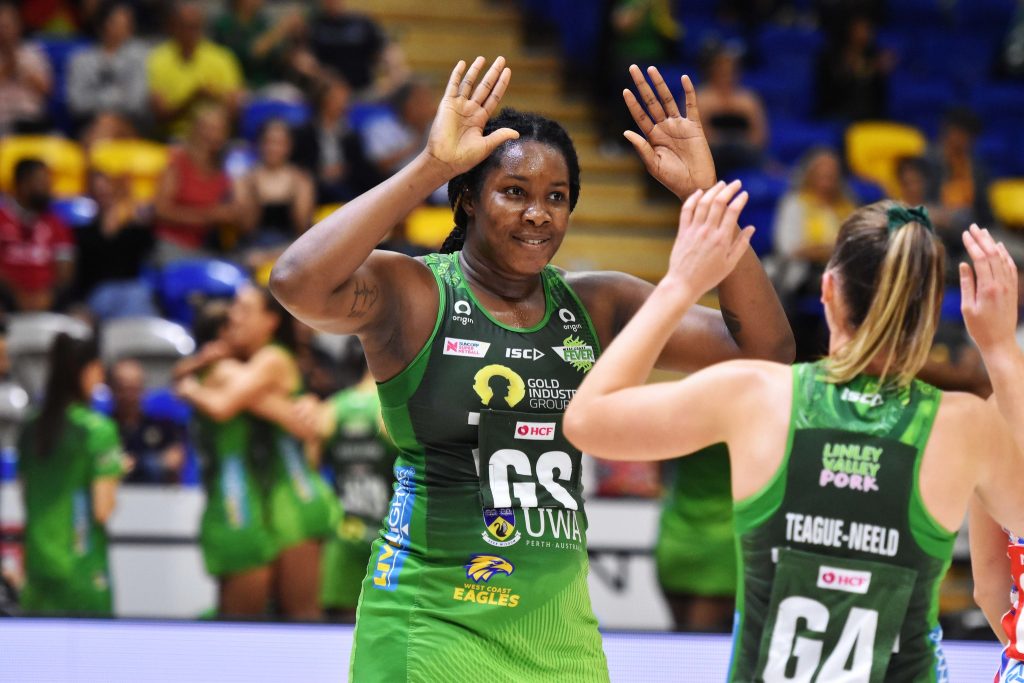 Jhaniele Fowler and Alice Teague-Neeld will play together again in 2021. Photo: Marcela Massey

The following are a list of athletes who are confirmed as ‘free agents’.

Chelsea Pitman – Club opted to not renew her contract

Layla Guscoth – Returning to England to continue her medical career

Ine-Mari Venter – She advised she intends to seek opportunities overseas