The window is open! What window? The 2023 Suncorp Super Netball signing window of course!

From 4 May until the day after the SSN grand final, clubs were only allowed to contract their existing athletes. But the morning after the big dance, all uncontracted athletes are ‘free agents’, able to enter into discussions with other clubs and start bidding wars for their talents. Clubs now have until 22 July 2022 to complete their 2023 rosters. And, from 25 July, clubs can start filling spots in their training partner rosters.

At this stage, clubs are only allowed to sign athletes for one year.

It can be a confusing time for fans, knowing who is in and who is on the move. So, Netball Scoop has you covered. Here is what we know so far: 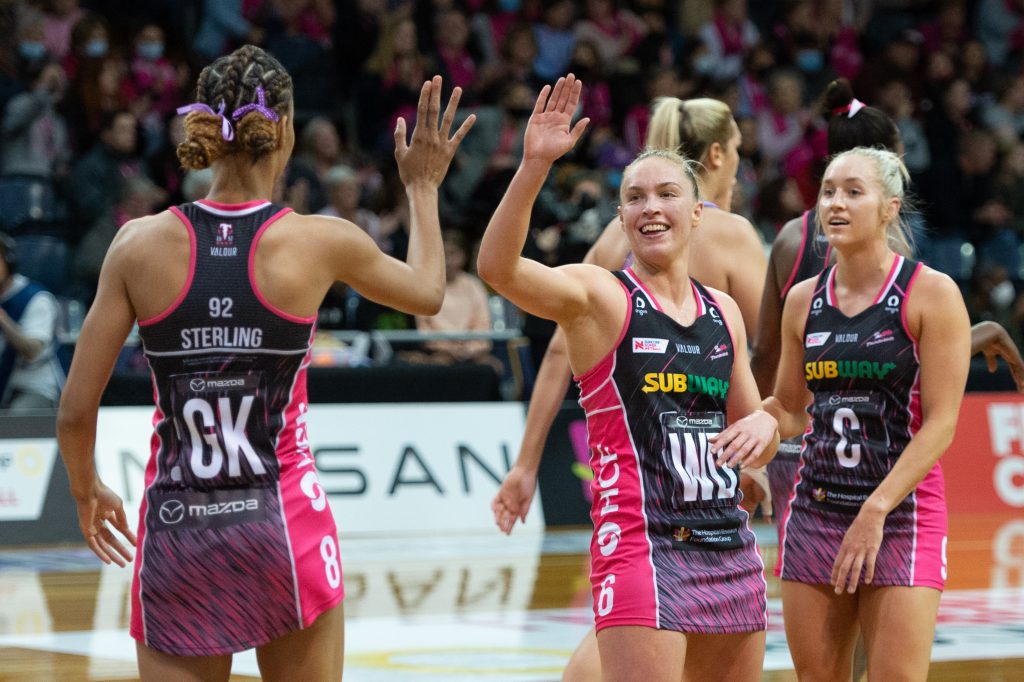 Thunderbirds were the first to drop an athlete for the 2023 season – letting go of South African international, Lenize Potgieter.  The full team is now locked in. The T’Birds attack has been significantly bolstered with the signing of English Rose, Eleanor Cardwell who has impressive ball-handling skills and an enviable long-range shot. She will combine well with the fast and dynamic movements of Georgie Horjus and Tippah Dwan. Young posting shooter Lucy Austin has also earned her first contract.

All that is left for the T’Birds to confirm is who their 2023 coach will be as Tania Obst’s contract expired at the end of the 2022 season. 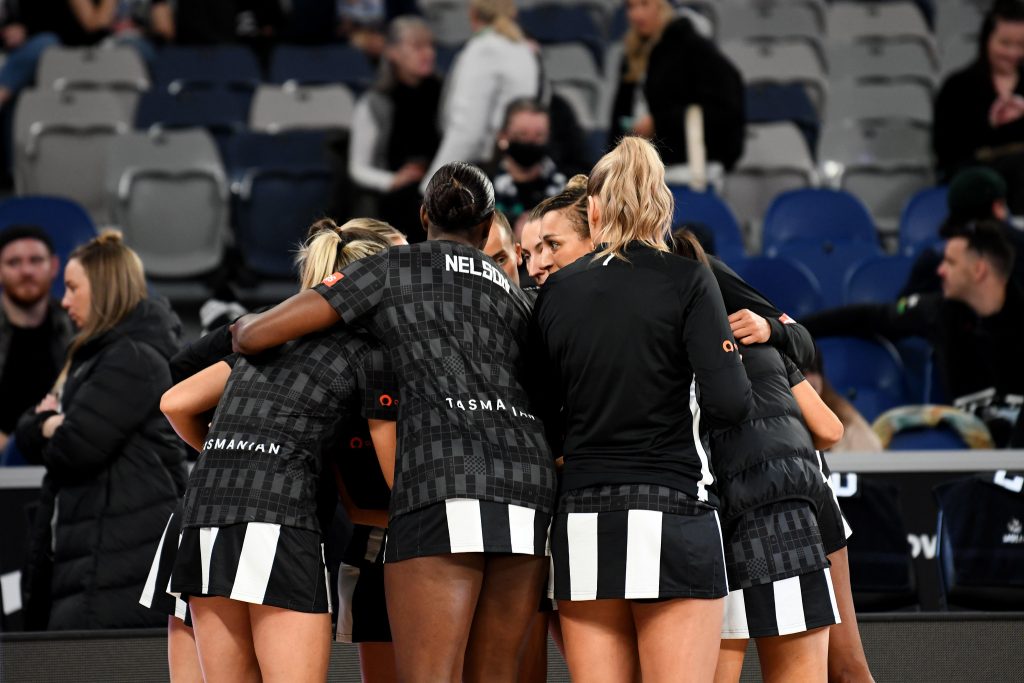 Two new faces enter the Magpies’ ranks for 2023: Nyah Allan has been elevated after impressing in goal attack when given the opportunity in 2022. The former training partner has maturity and confidence beyond her years and fans will love that she is not afraid to put up the 2 point shot!

The other new face is Maddie Hinchliffe who comes in for Maggie Lind. Hinchliffe had a great season as a defensive centre for the Lightning in 2022 but joins an already established midcourt at Magpies. As Collingwood found form toward the back end of the season, they tended to not rotate their midcourt as often. So, what does this mean for Hinchliffe in 2023? 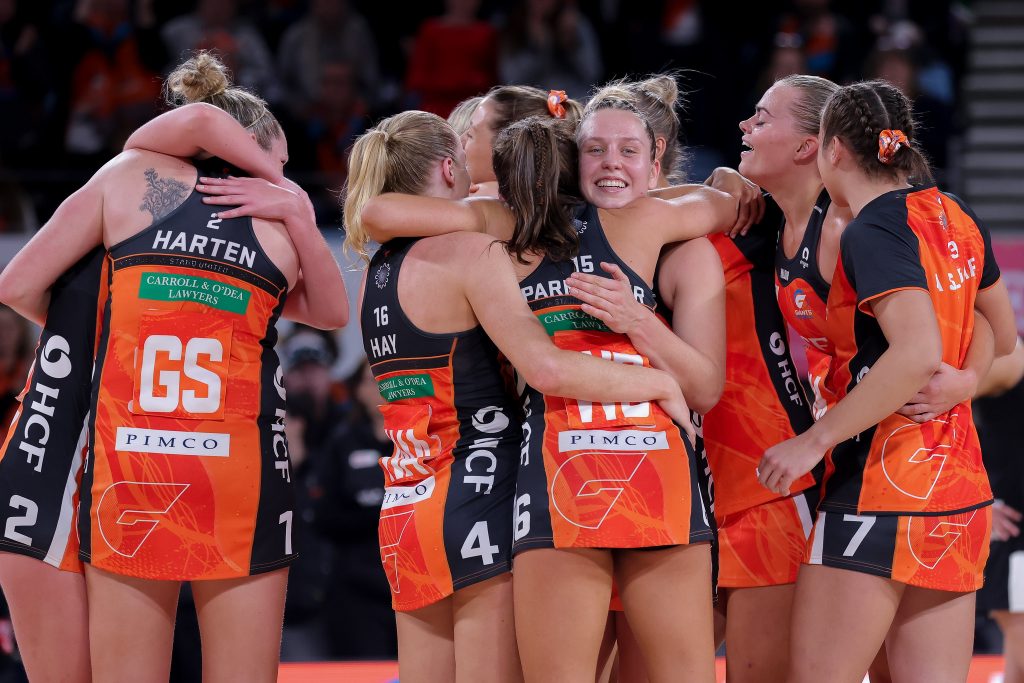 GIANTS charged out the gate before the season even ended and re-signed their entire 2022 lineup. And why wouldn’t they? This side has the makings of a champion team, so they will no doubt eagerly hunt the trophy in 2023. 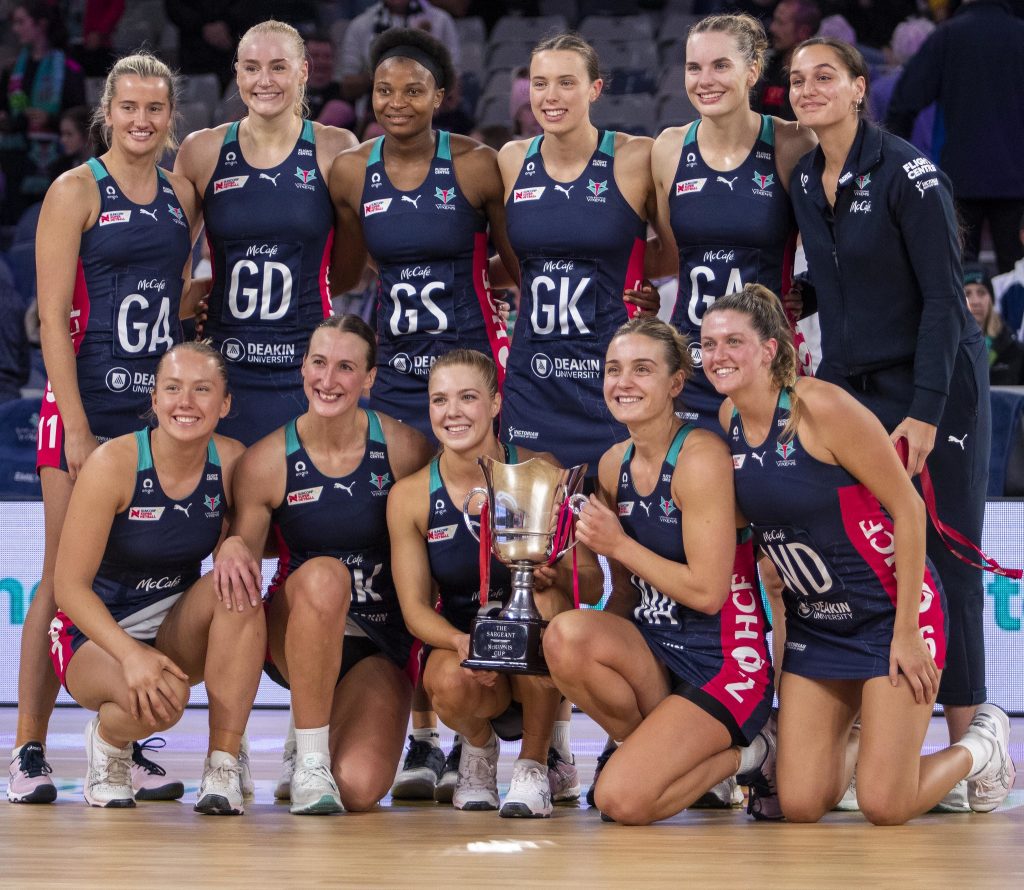 The Melbourne Vixens have named an unchanged lineup heading into 2023. They, arguably, have one of the most versatile and dominant benches of any club in the league. Each athlete, of Rahni Samason, Hannah Mundy and Liv Lewis, can be injected at any point in a game and make an immediate impact. That makes them a dangerous and unpredictable opponent and is why they will likely be in the grand final in 2023. 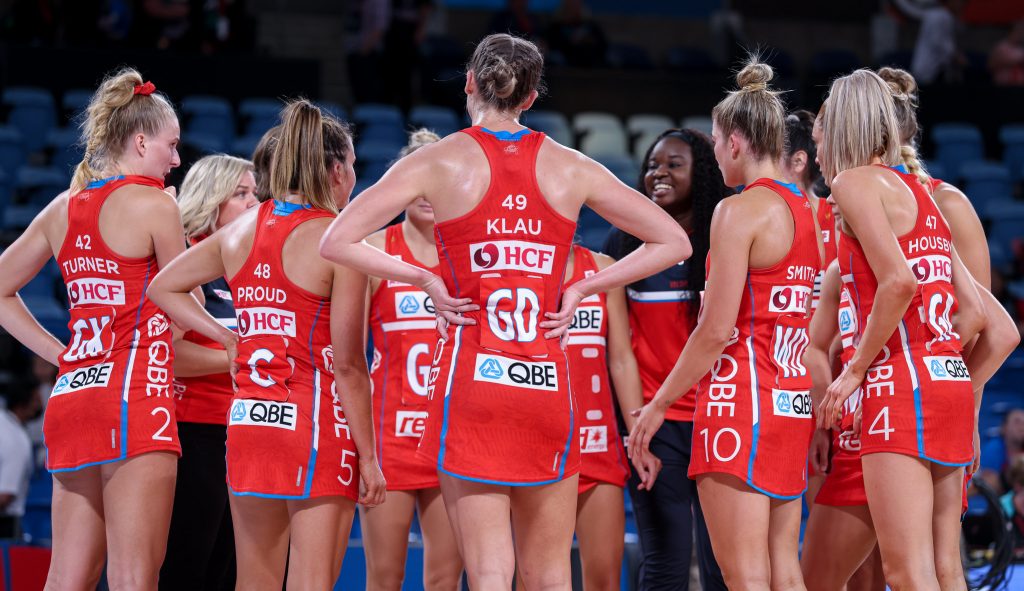 The NSW sign a virtually unchanged lineup for 2023. Image: May Bailey

The NSW Swifts are the second team to lock down their 2023 lineup, opting to sign Sophie Fawns over Kelly Singleton. That is the only change from their originally signed 2022 side. Will it be enough for them to climb back up the premiership ladder in 2023? 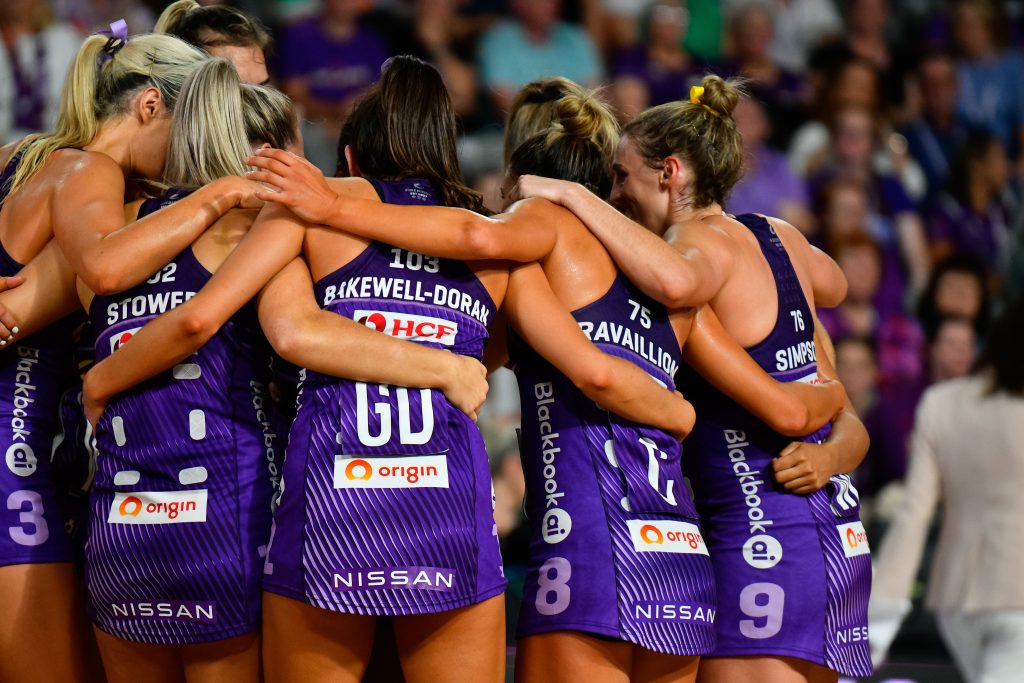 The Queensland Firebirds are rebuilding again in 2023. Image: Simon Leonard

The Firebirds had possibly the biggest hurdles to overcome, of any club, in this free agency period. They started with only three confirmed athletes and no head coach. But we now know that they have secured the talents of, former premiership-winning Firebird, Bec Bulley as their new head coach for the next four years.

Their next challenge was filling the depleted defence end after losing Eboni Usoro-Brown and Kim Jenner. They chose to recruit from their feeder ranks, signing former Brisbane North Cougars duo, Remi Kamo and Ash Unie. They will join fellow Cougar and returning Firebird, Macy Gardner, who comes in for Jemma Mi Mi.

The Firebirds are the only club to have an all Australian line-up in 2023. 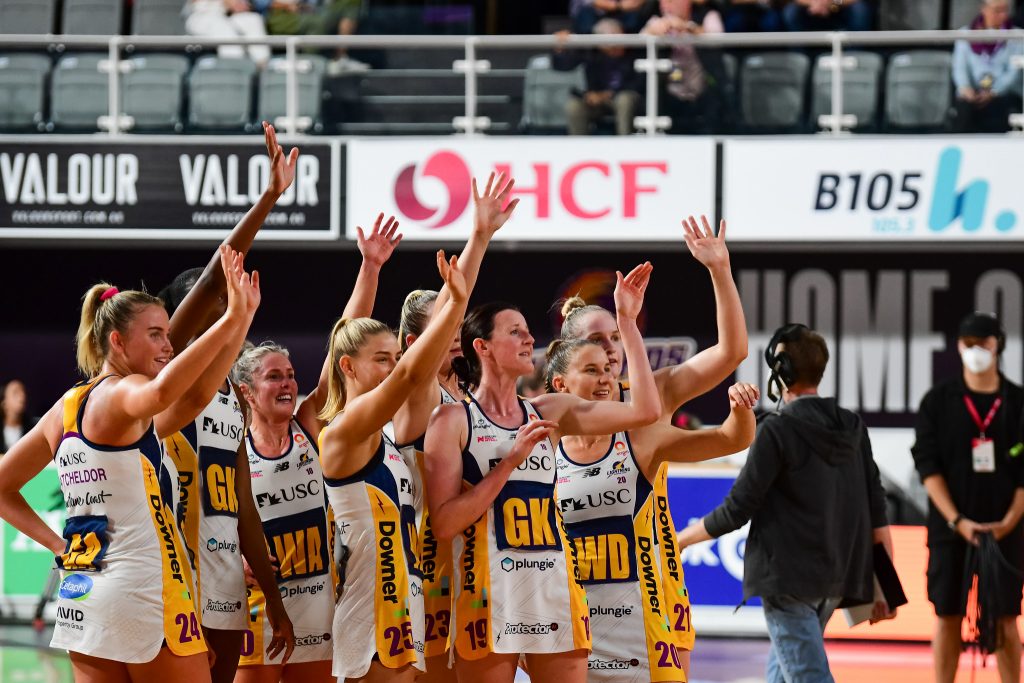 Sunshine Coast Lightning will be bolstered when Karla Pretorius rejoins the side in 2023. Image: Simon Leonard

South African defender, Karla Pretorius rejoins the Lightning in 2023, meaning they are quite defence heavy. So, with that in mind, it was not a big surprise that of the two uncontracted midcourters (Maddie Hinchliffe & Annie Miller), they chose to release Hinchliffe. Miller is a dynamic option in wing attack and can match the speed which Lightning’s attack like to play.

Lightning are a proud club and will not be happy with their 8th place finish in 2022.  With Karla Pretorius returning from maternity leave, she will bring some much-needed stability and leadership in defence, which will surely get them off the bottom of the ladder. 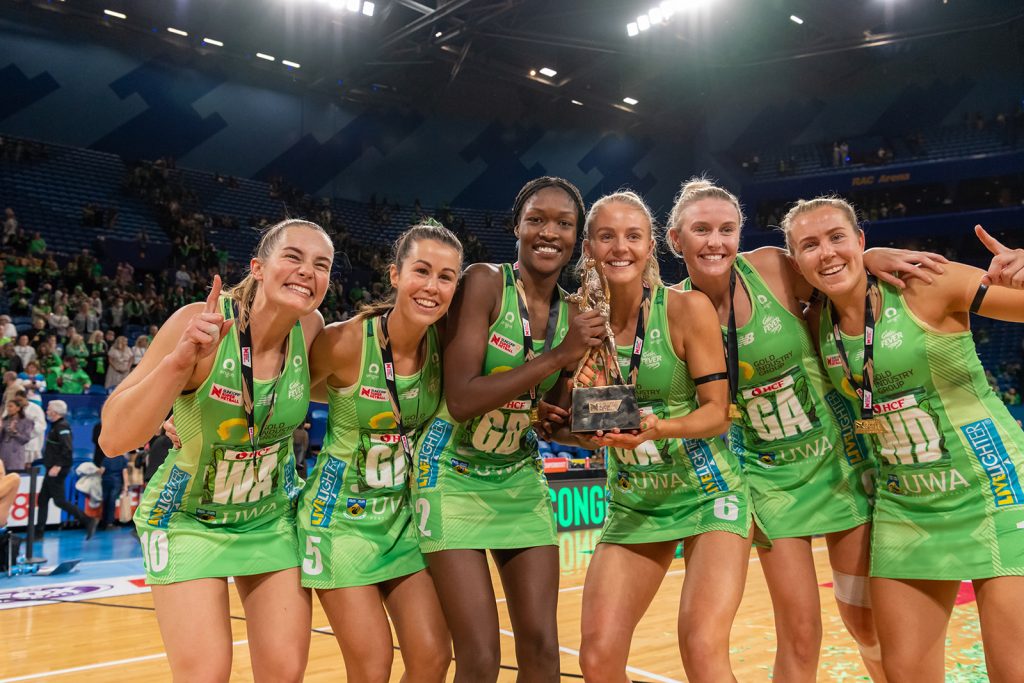 Fever has only one change to their 2022 premiership lineup with former Firebird, Kim Jenner filling the void left by Stacey Francis-Bayman’s retirement. Jenner joins an experienced and versatile defensive unit and adds speed and excellent ball reading skills, which will surely make them an even more formidable unit in 2023.

But, with the signing of Jenner, they now have four circle defenders, leaving them light in the midcourt. So, expect to see Sunday Aryang or Jenner swing to wing defence if and when Jess Anstiss is in centre.

Athletes who missed out on 2023 SSN contracts

This is a list of athletes who are confirmed to not be signed with their 2022 club. This list does not include athletes who have retired or who have said they will be playing overseas (as is the case with Lenize Potgieter and Eboni Usoro-Brown).