A new era with Fox Netball

A new era with Fox Netball

“Netball is in a class of its own. Not every sport has a vibrant competition – and that’s really important if you want the Aussie public (attention).”

That’s the gospel according to Foxtel Group CEO Patrick Delany.

Last February, Netball Australia announced a new five-year broadcast agreement with Fox Sports. It’s not a new relationship, but a reconnection – Fox were part of five of the nine ANZ Championship seasons for Australian audiences between 2008-2016.

So what will be different this time around?

Firstly, the money. As part of the deal, Super Netball players will earn up to 22% more on the back of the recently inked Collective Bargaining Agreement, with athlete wages wholly paid for by the Super Netball League for the first time.

At Fox Netball’s launch at The Aviary, Crown Melbourne further details on the assets being built around the sport were confirmed.

Arial cameras, changeroom vision, net-cameras and microphones are just some of the innovations Fox is adding the to match-day broadcast, bringing the game and its fans closer than ever before.

With that, Fox Netball commentator Bianca Chatfield sent out a warning, “For all the athletes, watch out. We’re going to hear everything, we’re going to know everything and you can’t hide anymore.”

There will be not one, but two new netball shows, Centre Circle – an hour-long show on Thursday nights that will look at athlete life on and off the court, and Pivot – on Sunday nights, reflecting on all the talking points of the round.

“I’m calling matches this year, which will be really interesting! And to hear some different voices will be great. Kim Green is amazing at analysing a game, so to have the time to do it will be really cool.

The two new shows, plus The 4TH QTR podcast, are an immediate improvement on anything any previous broadcaster has produced.

“It gives the athletes another platform. And I love the fact that we can hear from them more and put them on a pedestal and show the rest of the world how great these women are outside of netball too.”

“Given how many stories happen, it will be really great to sit down and pull it apart and digest it.”

Netball Australia CEO Kelly Ryan spoke of working with Fox Sports as more of a relationship than a partnership.

“We’re off to a great start and we’re hellbent on making sure we maintain this momentum and find new ways to present the sport. The additional content is something we asked Fox for and they said “Absolutely”.

“To say that we’re excited is an understatement. We are incredibly invested in it, as we know Fox are – and we look forward to not only what we do this year, but how we evolve the partnership over the course of the next five years. 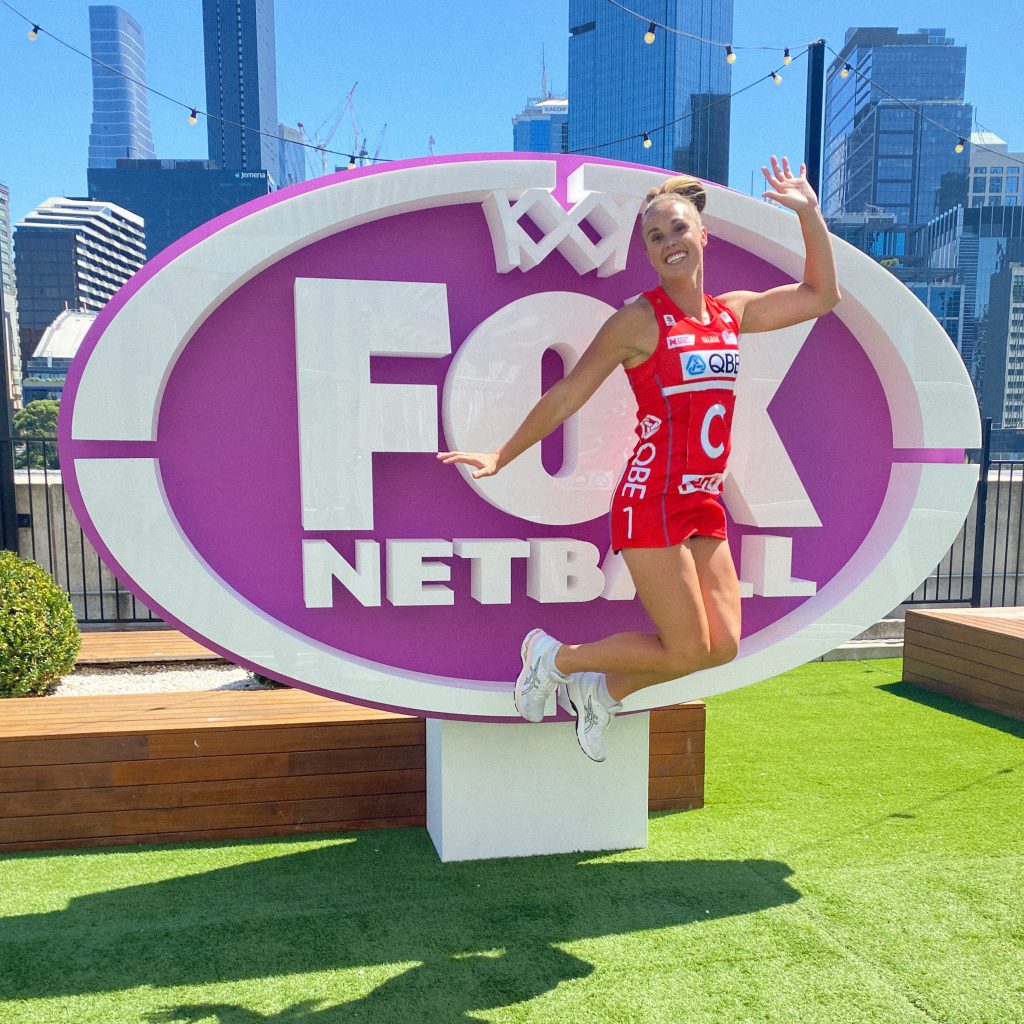 The first look at Fox Netball outside of the studio starts this weekend with the Team Girls Cup, taking place at the State Sports Centre in Parkville, Melbourne.

In a month’s time, the major task at hand – Super Netball’s season proper that starts on March 26 – will see the preigning champions in the NSW Swifts become the hunted on the back of their title of last season.

As to who the biggest hunter will be?

“It is so hard. I look at Thunderbirds – on any given day you could be in trouble with them. And then there’s the Vixens with the best WA in Lizzy Watson back and she didn’t miss a beat in the Quad Series, and with Keira Austin coming back… and then you’ve got Fever – with a home and away season, it’s a fortress playing over in WA.

“Only the strong will survive. So, who can have their 10 contracted players week-in, week-out performing? Some teams could have hits and three or four players out some weeks (due to Covid protocols) which is going to make a massive difference.”

The 2022 Suncorp Super Netball season will be live and ad-break free on Foxtel and Kayo, with the two matches on Sunday available on Kayo Freebies.

Tune in to Team Girls Cup on Kayo Freebies and keep your eyes peeled next week on Netball Scoop’s social media for details on how you can ‘Win Six Months Of Kayo’, with thanks to Kayo Sports.

About the Author: Michael Hutchinson