Learn about our history and team

Whilst the Netball Scoop brand came into existence in 2011, its origins began a decade earlier.

Sportline.co.nz was set up by Sandy Joblin in January 2001. It was a sports website dedicated to New Zealand sportswomen and covered rugby, cricket, netball and news about various other Kiwi athletes. There was an active forum, with netball one of the categories.

It wasn’t long before the site was overrun by netball lovers who had previously used the Netball New Zealand message board, Netball Australia forum and ABC TV message board with which to communicate. Sandy then took a leap of faith and created a separate netball-only forum.

In 2003 the netball forum became so popular that the netballonline.com site was born. Sandy, with the help of a few members, started putting together player profiles as the site continued to grow. So much so that it took up considerable time and a former member offered to take over the site and run it as it was. Unfortunately they didn’t.

Sandy received an SOS shortly after to set up a new netball home. From there, netballonline.net was quickly hatched. Members flocked to Sandy’s new site and due to inactivity netballonline.com disappeared completely.

In 2011 Tanya Ahrens was at home in Adelaide, putting the finishing touches to Netball Scoop, a news-based netball site. It was then that Sandy and Tanya discussed the opportunity to combine the two sites.

The first edition of the ‘Lift’ magazine was produced in November 2012, and by February 2013 the incorporation of the netballonline.net forum into Netball Scoop was complete.

As netball has continued to grow commercially, so has Netball Scoop. Tanya saw the need for further expansion behind the scenes and in October 2016 endorsed the materialising of a committee, comprising of dedicated Scoop contributors to ensure the longevity and growth of the brand. 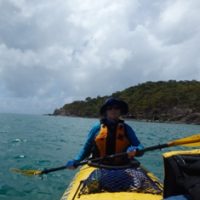 I am not very good at talking about myself, preferring to talk about, write about, argue about and watch netball. Watching birds is nice too, and I cycle as well as enjoying watching bicycle races, but my favourite place is on the water in a kayak. I have had a lot of experience running not for profit associations which seems to be why they asked me to Chair Netball Scoop. I think my role is to say ‘Yes, we can do that, let’s work out how’. I continue to be amazed at the quality of the writing, photography, stats and analysis that this site produces, all by people who are doing it for love, not money.
Close 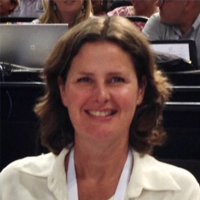 Physiotherapist, writer and netball enthusiast. Feature articles, editorials and co-author of “Shine: the making of the Australian Netball Diamonds”. Everyone has a story to tell, and I’m privileged to put some of them on paper. Thank you to the phenomenal athletes, coaches and people in the netball world who open a door to their lives, and let me tiptoe in. 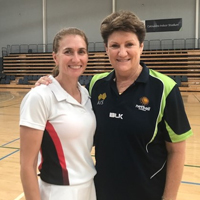 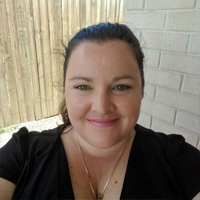 I’ve been a netball loon since discovering it wasn’t as girly a sport as I first thought. 20 years on, I live and breathe netball. I can even credit it with introducing me to my husband! I’m a Queensland Firebirds fan for life. I have a degree in Professional Writing and Publishing and work as a freelance writer when I am not writing for Scoop. 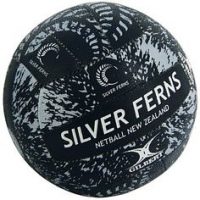 After first joining the Netball Scoop team in 2013, I have dabbled as a sports journalist, a photographer and more recently social media and communications for Athletics Cook Islands. A lifelong Silver Ferns fan still getting over the 1999 World Championships loss. Claim to fame being coached by both Rob Wright and Julie Fitzgerald. 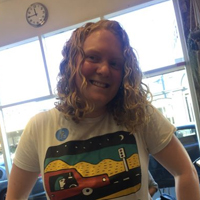 I have been hooked on netball from a young age and grew up as a Silver Ferns and Pulse fan in Wellington, New Zealand. I’ve since moved to Melbourne and am loving the growth of women’s sport over here. I’m passionate about making sport a more inclusive environment for everyone and I will also talk your ear off about cats if given the opportunity. 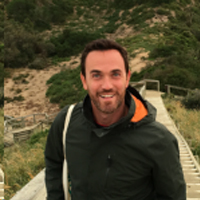 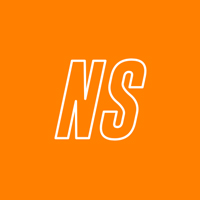 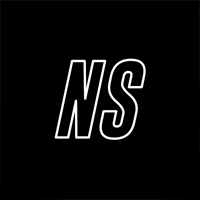 Elite netballer trapped in the body of a very average one. 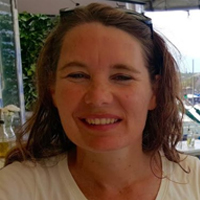 I have over-indulged in playing, supporting, umpiring and coaching excessive amounts of sport, and there’s still nothing better than a good game of netball. 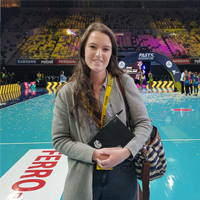 Alexia Mitchell is Sports Journalism student at La Trobe University and joined Netball Scoop in 2015. After watching Laura Geitz play for Australia on TV, Alexia became a Firebirds tragic, but didn’t have many opportunities to watch her beloved team where she grew up in country NSW. Following Year 12 graduation, Alexia spent a gap-year working in agriculture, then decided to study Sports Journalism in Melbourne with the drive to promote women’s sport and netball in particular. Alexia is also a member of Netball Scoop’s social media committee and is the proud brains trust behind many of their memes
Close 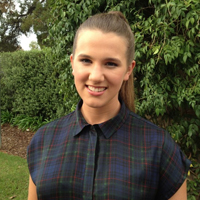 To say I’m a netball fan is putting it lightly. Love my Adelaide Thunderbirds as much as I love pulling on the goal attack bib. I have a degree in Creative Writing and Media and Communications, and now work as a writer and editor. Have written articles for Netball Scoop since 2016, and am now managing our NS social media channels.
Close 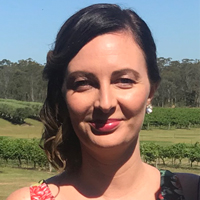 My love for netball started when I was seven years old and from the moment I stepped onto the court, I have lived and breathed the sport; even in those early days I knew that netball would be part of my life forever. Years later, I am freelance writer who has been lucky enough to land a dream role as a reporter for Netball Scoop where I have the opportunity to work with some of the most dedicated people in the netball community, I am also afforded the privilege of working with the amazing athletes involved in the sport. These days, my passion for netball is driven by a desire to see these women are recognised and appreciated as equals, in a male dominated sporting landscape; for their dedication and devotion to a sport that showcases some of the finest athletes our country has to offer.
Close 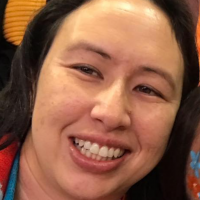 Player, coach, umpire, Swifts and Giants fan. Netball is my main interest and hobby. I am known as netball-obsessed at work and often find myself asking new work colleagues if they play netball, especially the tall ones. 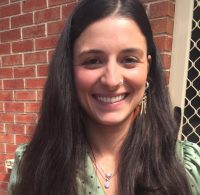 Ariane has been playing netball for over 20 years, is a B badge umpire, and is an avid fan of SSN, the Silver Ferns and Australian Diamonds.  Ariane is a PhD candidate studying cultural and social psychology, who also loves venturing into nature, volunteering, and reading. 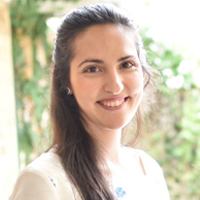 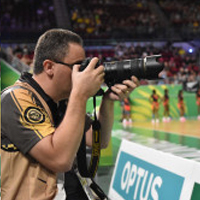 I am not very good at talking about myself, preferring to talk about, write about, argue about and watch netball. Watching birds is nice too, and I cycle as well as enjoying watching bicycle races, but my favourite place is on the water in a kayak. I have had a lot of experience running not for profit associations which seems to be why they asked me to Chair Netball Scoop. I think my role is to say ‘Yes, we can do that, let’s work out how’. I continue to be amazed at the quality of the writing, photography, stats and analysis that this site produces, all by people who are doing it for love, not money. 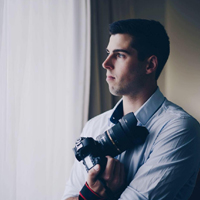 To me, taking photos isn’t just a career: it’s a creation. A way to capture a moment, that will last forever. 2019 marks my second year photographing Suncorp Super Netball for Scoop. Adelaide Thunderbirds fan.
Close Award winning accredited member of the Australian Institute of Professional Photography, specialising in the sports and documentary genres. I write too!
Close 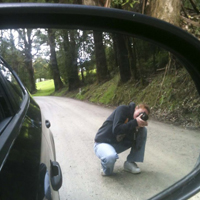 I have played netball since I was 8yrs old. I have been lucky enough to play for Victoria in state 17/U, 19/U, 21/U and Open teams. I also played with Melbourne Kestrels from 2001-2004. I have spent the last few years playing in VNL in Division 1 and Championship with Southern Saints. My full time job is working as a Podiatrist but I have always had a passion for photography. I studied for 2 years part time at Photography Studies College in Melbourne. When the opportunity came up to be a photographer for Netball Scoop I jumped at the chance as it was a great way to combine my two passions.
Close 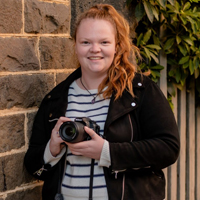 A Vixens fan who would love to still be playing competitive netball but my ankles and knees disagree. My other passions are sport, wildlife and landscape photography, travel and stage shows
Close 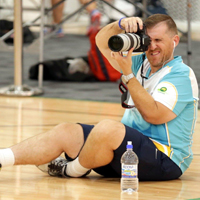 A Proud Gomeroi man from Tamworth photography began for me when I was in my 20s. Ive been around netball since I was a 5 year old, this gave me an appreciation for the game so once I picked up the camera it was a natural fit for me to shoot games. My passion for taking Netball photographs extends to those people who have a major impact in the game including umpires, bench officals and of course the crowd. Working with Netball Scoop has allowed me to capture the skill of the game. Personal highlights include volunteering at GC2018 and photographing the NWC in Liverpool.
Close 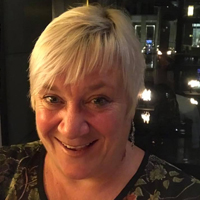 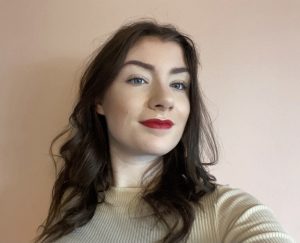 To say I’m a huge fan of netball is definitely an understatement. Despite being from the Isle of Man which is only a small island, the netball community is amazing has provided many opportunities for me to be involved with the sport I love. When I’m not playing or watching netball, I am a full-time 6th Form student. I am doing an Extended Project Qualification alongside my main studies in which I am researching men’s netball. I am passionate about promoting netball for everyone because I hope others can find the same enjoyment in netball as I do.