Talking to Sonia Mkoloma about her fertility is like hopping into the ring with Muhammad Ali and receiving gut-punches that leave you winded. She’s endured an unfathomable three miscarriages – one of them with twins – and had three embryos fail after implantation. It’s been a brutal process, but Sonia remains cautiously optimistic about having children.

For almost two decades the English superstar was focused on her netball. She competed at five Netball World Cups – a record she shares with an elite handful – and her 123 national test caps a number that few others reach.

In 2008 Sonia moved to New Zealand, and then on to Australia in 2010, to further her on-court career. Busy with netball, and squeezing life into the gaps around it, she didn’t stop to think about her fertility. Sonia said, “Subconsciously I always thought having children would happen, but didn’t really pay it much attention. I wanted to be in a relationship before I thought about a family.

“And because I didn’t come over to play in the ANZ Championship until I was 28, I was quite late netball wise, so that was my priority at the time.” 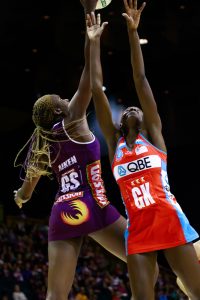 Leading into a pinnacle event, and just months into a new relationship, Sonia had an unplanned pregnancy. She chose to terminate, saying, “I was a professional athlete, so how could it happen? I almost felt embarrassed or ashamed, and didn’t know who to talk to for support. But I remember my life was so controlled: I had to train, to play, and I thought, ‘Shit!’ It was like a panic.”

Retiring from netball at 35, Sonia and her partner made the conscious decision to start a family, little knowing what was to confront them.

Read about Sonia’s medical experience below.

While the past six years have been filled with procedures and disappointments, it was Sonia’s first miscarriage that is remembered most vividly. She’d fallen pregnant naturally, and visited the doctor at nine weeks for a check-up. “I was told that they couldn’t find the baby’s heartbeat on the ultrasound. They then put a cold probe inside me, and found two sacs. So at that point I was pregnant with twins. But there wasn’t a heartbeat for either of them.

“I just said, ‘I’m ok’, and left. I found a quiet corner to sit down, and I phoned Mo’onia Gerrard. I remember bursting into tears. I just broke down.

“Everyone told me that it would be okay, but it was at that point that I realised how much I wanted the babies.”

Sonia’s most recent failed attempt was in December last year, and there is still no real explanation for what is going wrong. Both she and her partner have been thoroughly examined, but fall into a category known as unexplained infertility. Unhelpfully, it’s a diagnosis that isn’t a diagnosis.

“I’ve been in a weird place. If I knew there was something wrong, something causing the problem, I could try and fix it. It’s just my body is doing what is natural for it at the moment, and that is a real struggle for me.” 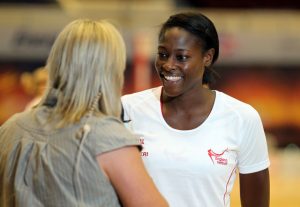 Sonia Mkoloma is one of England’s most capped internationals. Photo Credit ©Michael Bradley.

Fertility issues can tear some couples apart, but Sonia said it has strengthened the bond with her partner. “We were trying to time sex, time ovulation, or I’d ask him for his next sperm donation. Nothing has overwhelmed him.

“There’s been times when I’ve wanted to talk about it and be upset, and others when I don’t want to go over and over it. And he’s been amazing with that.”

Along with her partner, Sonia has spoken to counsellors and friends about her experiences. The latter don’t always know what to say, but Sonia has found that even when conversations are awkward, they’re generally coming from a good place.

“You are going to get people that are sad for you, or who pity you. If that’s not what you want, it’s fine to let them know that. From my own experience the best conversations are simple ones, like, ‘I hope you’re okay’, or ‘I feel for you.’ Then if a woman wants to expand and talk further, be there just to listen.”

Given her experiences, Sonia wants elite athletes to be better informed about their fertility while they are in their twenties. She said, “I never had anything when I was at school or when I was playing. We were educated on our career, on our netball, on how to stop falling pregnant, but never about what a journey into motherhood might look like.

“In this day and age, we should be educated about our fertility. We need experts to come in and speak to the girls, and let them know all their options.

“I know coaches might not want to hear this, and as a coach myself I understand. But players should be given the opportunity to put their eggs aside, and be supported with egg storage if they’re an international player and whether they are with a partner or not.

“It gives athletes the option and the choice. They might not be interested in having kids now, but in ten years’ time they might want to start a family, and that can be incredibly difficult.” 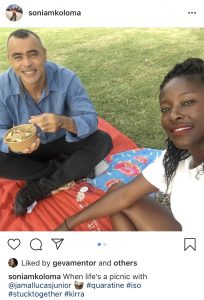 Sonia has recently moved to the Gold Coast to live with her partner, but prior to that she was in constant motion. “I was in Sydney, working, coaching an ANL team, coaching at the Swifts. It would take me an hour each way to drive to Olympic Park where the teams were based. I flew to New Zealand for the England tour. I was trying to fit my daily injections and medical care around work and netball commitments.

“So being up here is quieter, and during the Covid-19 situation I’ve had down time to rest and reflect. I’m going to be starting the medical process again soon. A friend asked me if I’d thought about a surrogate and I haven’t. But those kinds of questions will come into play.”

My partner and I then had all the check-ups. Blood tests, checking my uterus, my partner’s sperm, and nothing was wrong. Sperm donation is interesting and even funny at times, because my partner isn’t allowed to ejaculate for up to three days prior to the procedure.

I started fertility injections, which in short pumped me up with hormones to assist with egg growth and stopped me ovulating. I had regular appointments and ultrasounds to monitor my follicles’ progress.

Because I was getting older, my specialist recommended that we try IUI. That’s short for Intra-uterine insemination, where my partner’s sperm was retrieved and injected directly into my uterus using a catheter. People often start with IUI before IVF, because it’s less invasive, and a lot cheaper – about $2500 compared to about $10-12 000 for an IVF cycle.

We tried that and I miscarried again, so we then went down the IVF route. I did a couple of frozen cycles, and it’s a real waiting game to see what happens. 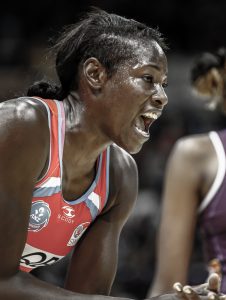 My eggs were removed and grown.

The clinic was great, and they called me every day while the eggs were growing. I might have started with ten eggs, and then I’d be down to eight. They’d ring to say another hadn’t survived and I’d finally be down to two or three.

I’m not an anxious person normally, but I felt anxious during this time because I had no control over what was happening. It was a weird kind of count down.

Once the eggs were big enough, they were fertilised and injected back into me. They had to try and attach to my uterus wall and grow. So that was another two weeks wait to see if it would happen. During that time, I just couldn’t stop thinking about what was happening, no matter how much I was told to relax.

After two weeks I’d have a pregnancy test, and a couple of times I was pregnant. I’d go back for a check-up, which was once a week, and at some point there would be no heart beat. My baby had died, and I didn’t have a viable pregnancy. I had three failed cycles in all.

I then had to sit back and pause. That toughened me. Even this last one, when I heard it didn’t take. I’ve begun to know when I’m pregnant, and I could sense that it hadn’t worked.

I have needed time to pick myself up after each loss, because I wanted each baby so badly, and I wanted it right now. As the miscarriages went on, it got easier for me. I still felt the pain, but it didn’t compare to that first time.

After three miscarriages, and three cycles that didn’t take, I’ve become stronger emotionally. I’ve had to.

This is Part Five of the serialisation of Netball Scoop’s investigation into fertility issues among female athletes. To read the rest of the series, follow these links:

How can female athletes be better supported

Geva Mentor – I retrieved my eggs