The 7th World Tournament in Glasgow was something of a nightmare for the Australian team. They were beset with injuries both before and during the event, including one to captain Anne Sargeant, playing in her last world cup.

But even at full strength, it’s doubtful they could have beaten what was a dominant New Zealand team. No opposition got within 10 goals of the Kiwis for the entire competition.

In the finals round, they defeated Australia 39-28, England 47-37 and Trinidad & Tobago 49-37. Their lineup, led by captain Leigh Gibbs and coached by Lois Muir, included some players who are regarded as amongst the best of all time.

There was Wai Taumaunu and Tracey Fear in defence, shooter Margaret Matenga, and midcourters Rita Fatialofa and Sandra Edge (or Sandra Mallett as she was known then). Edge gained a reputation as the best centre in world netball and her combination with Fatialofa was something special. 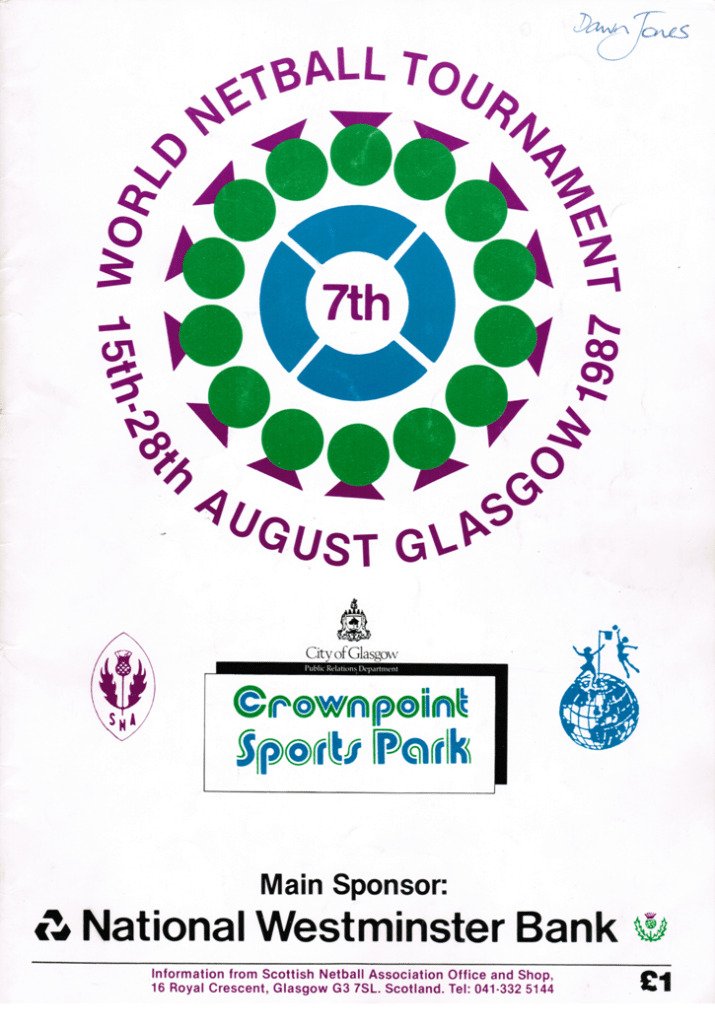