In 1995, the 9th World Championships headed to Birmingham, and we witnessed a huge upset. Back from over two decades in the sporting wilderness, the South African team caused a real boilover when they toppled New Zealand in their group game. The Kiwis simply had no answer to young South African goal shooter Irene van Dyk.

After a blistering third quarter, the Proteas led by six goals. The Silver Ferns fought back in the last period, but a crucial late error in attack allowed South Africa to clinch an amazing win, 59-57. The stunning result had a huge impact on the tournament, as it meant Australia and New Zealand would meet far earlier than expected, and due to a strange competition format, only one of them could make the final.

As it turned out, it was yet another trans-Tasman classic. After a tense battle, Australia just got over the line 45-44 and advanced to the final against South Africa. Sadly though, Vicki Wilson suffered a serious knee injury during the game and she had to miss the final.

Jennifer Borlase did a splendid job as Wilson’s replacement, while Australian goal keeper Liz Ellis in her first world cup, was tremendous in her battle with van Dyk, the first of many meetings the pair would have in major tournaments. The Australian defence of Ellis, Michelle Fielke (den Dekker) and Simone McKinnis was relentless.

Believe it or not, this was actually the first time a trophy was presented to the winning team, and it was Australian captain Fielke who held it up gleefully after Australia won the final 68-48. Meanwhile, the New Zealand team was relegated to the third place playoff where they defeated England easily.

This was the biggest of all world cups with 27 nations competing, including for the first time Malawi, and fans got their first glimpse of the magical skills of Malawian shooter Mary Waya. Meanwhile, two more netball legends bowed out of world cups in Birmingham; Kendra Slawinski of England having been to four tournaments, and Jennifer Frank of Trinidad & Tobago who tied the record with five. 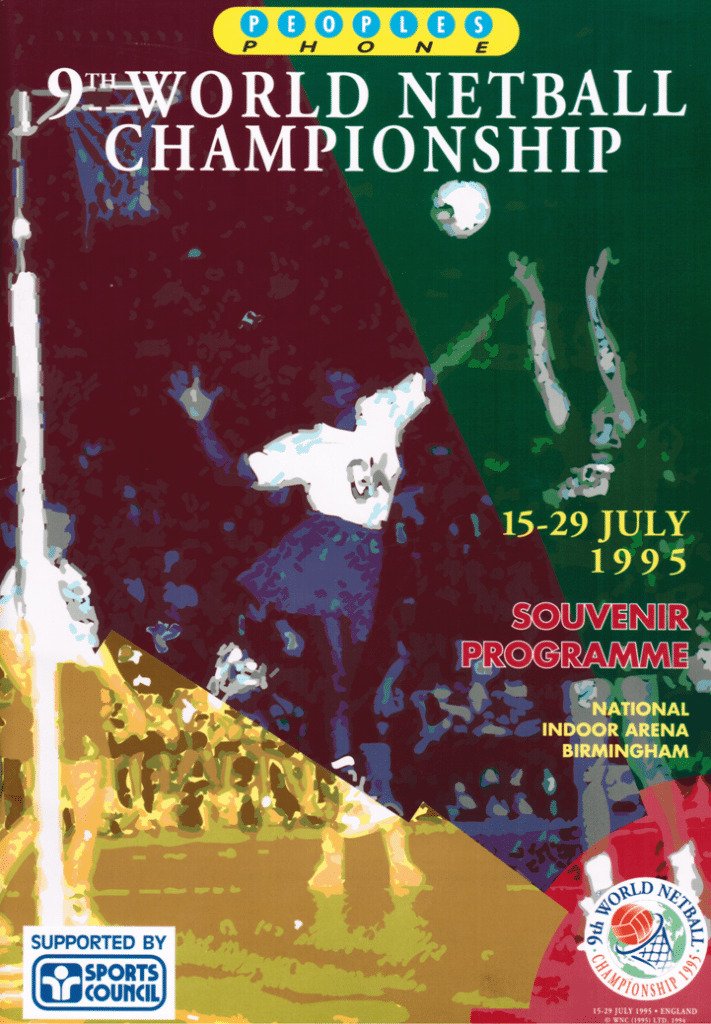