Netball Queensland’s Diamond Spirit Program is a holistic community engagement program that uses netball as a vehicle to engage, empower, and educate Aboriginal and Torres Strait Islander girls in remote and regional communities across Queensland.

Queensland Firebird and proud Indigenous woman, Jemma Mimi, is an ambassador and community leader for the program. Her role is aimed at creating a culturally safe environment for Indigenous youth. Since 2017, more than 2,500 students have had the opportunity to participate in the Diamond Spirit Program and grow their cultural journey.

“I absolutely love being a part of the program. It has helped me to grow and own my cultural journey as well as facilitate a safe place for discussions about our rich culture and what they might be learning about at school”, Jemma said.

“I try to get out to the schools as much as possible, just to interact with the kids, do a bit of mentoring and try to be a role model for them.”

Jemma recently visited Bremmer High School in Ipswich, where she ran a short sports education session with the group and yarned with the girls afterwards.

“The girls get a lot out of the program. Talking to some of the girls reminded me of the impact the program has. Hearing them talk about their own cultural and self-identity journey was pretty inspiring.”

“It makes me want to put a lot of energy into this program because when the girls speak about Diamond Spirit, their faces all light up. The program is doing great things.”

“There’s a variety of young women from all different areas and levels of connections who have only just identified themselves as Aboriginal or Torres Strait Islander in the last year”, Mareta said.

“The focus of the program is to create a space for girls where they are comfortable to talk about their culture and share information.”

Mareta explained the sessions often start with a ‘check in’, followed by an explanation of the importance of Acknowledgement to Country from various Elders.

“After finding out how everyone is tracking for the day, we move onto numeracy tasks and/or one of the Netball Queensland modules, which focuses on health and wellbeing, role-modelling and leadership.”

“It’s a different way of teaching through the stories that we’re sharing, which is something I really love.”

“Sport is a big part of the program, and learning team-based skills that come from sport is really valuable for the young women involved in the program.”

As part of last Friday’s session, Jemma and Mareta conducted a Yarning Circle on the Bremmer handball court with Diamond Spirit students, who all had a different reason for being part of the program.

“Mrs Alexander has taught us to have a strong and prideful spirit aligning with our Indigenous ancestry background. I want to thank the teachers for guiding us the right way and teaching us that our culture is one of the longest standing communities,” student Kora Beaven said.

“The teachers in the program have really helped me to be more active and get involved in netball. They have helped me learn more about my culture,” says Skye Golding.

“I only started with the Diamond Spirit Program last year because I only recently found out I am a Torres Strait Islander. I’m really happy that I’m in the program because it has allowed me to find out more about my cultural background and my Mob,” Jay Stacpoole said. 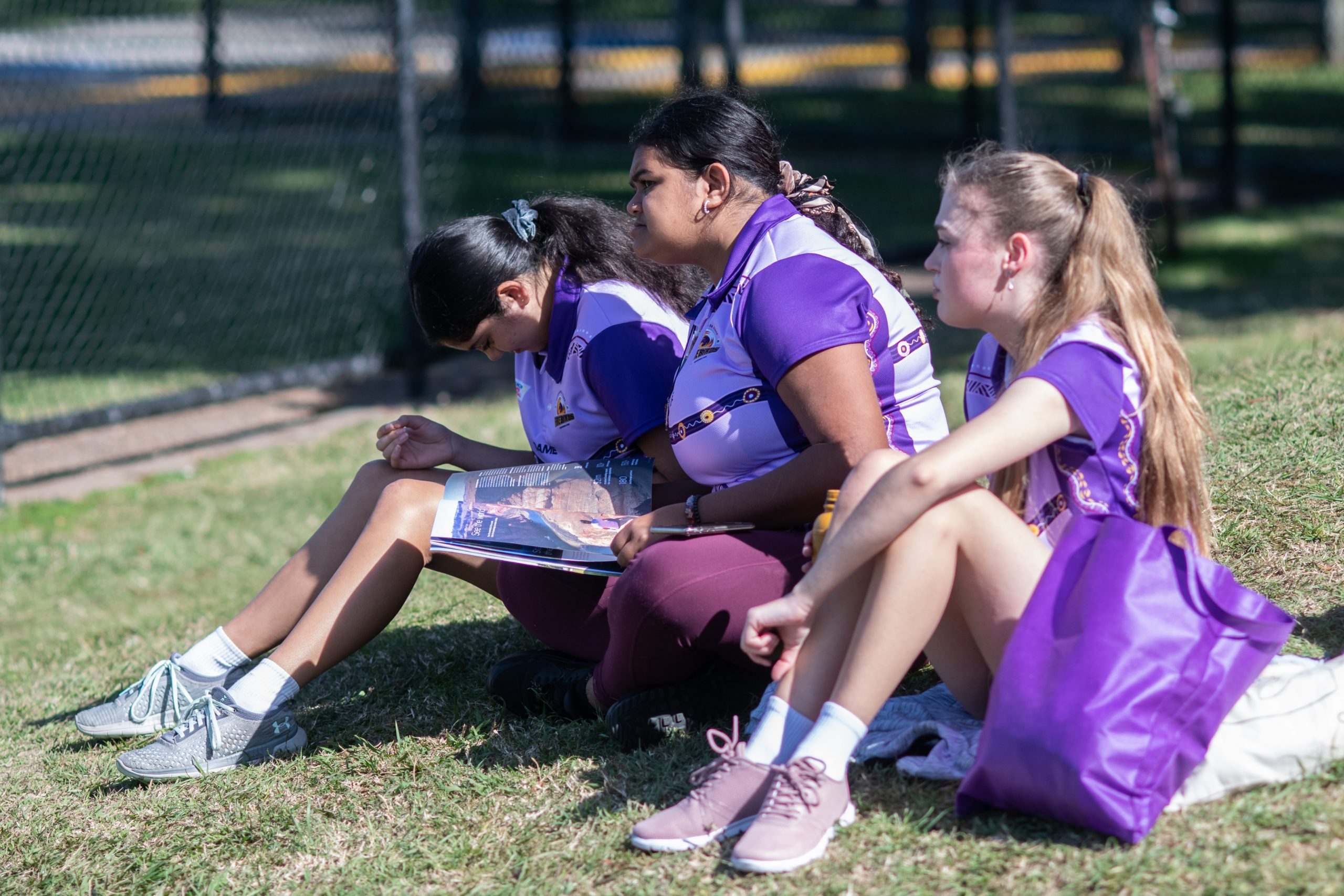 Crystal Brown, who is in grade eleven at Bremmer, attended the Diamond Spirit Leadership Camp, which went from Friday 28 May to Sunday 30 May and was hosted by The University of Queensland at the St Lucia campus.

The group of fourteen Bremmer students were involved in a seminar led by Queensland Firebirds captain Gabi Simpson. Then they engaged in a training session and cultural games with the Firebirds team, followed by a game of netball with UQ’s Goorie Berrimpa Student Collective and watched an exciting match between the Firebirds and Melbourne Vixens.

“I love the Diamond Spirit Program. It’s helped me on my cultural journey and has helped us all grow and excel in, not only, school but our social life too. It was pretty amazing going on the camp over the weekend. We were all so excited,” said Bremmer High School student Crystal Brown.

UQ Pro Vice-Chancellor (Indigenous Engagement), Professor Bronwyn Fredericks, said the Diamond Spirit Program was a great Netball Queensland initiative. Its potential is to inspire youth from communities across Australia to become future leaders and role models for their peers.

“We are proud to host Netball Queensland’s Diamond Spirit Program to inspire and educate our next generation of Aboriginal and/or Torres Strait Islander community leaders through the positive example of sport and teamwork,” Professor Fredericks said. 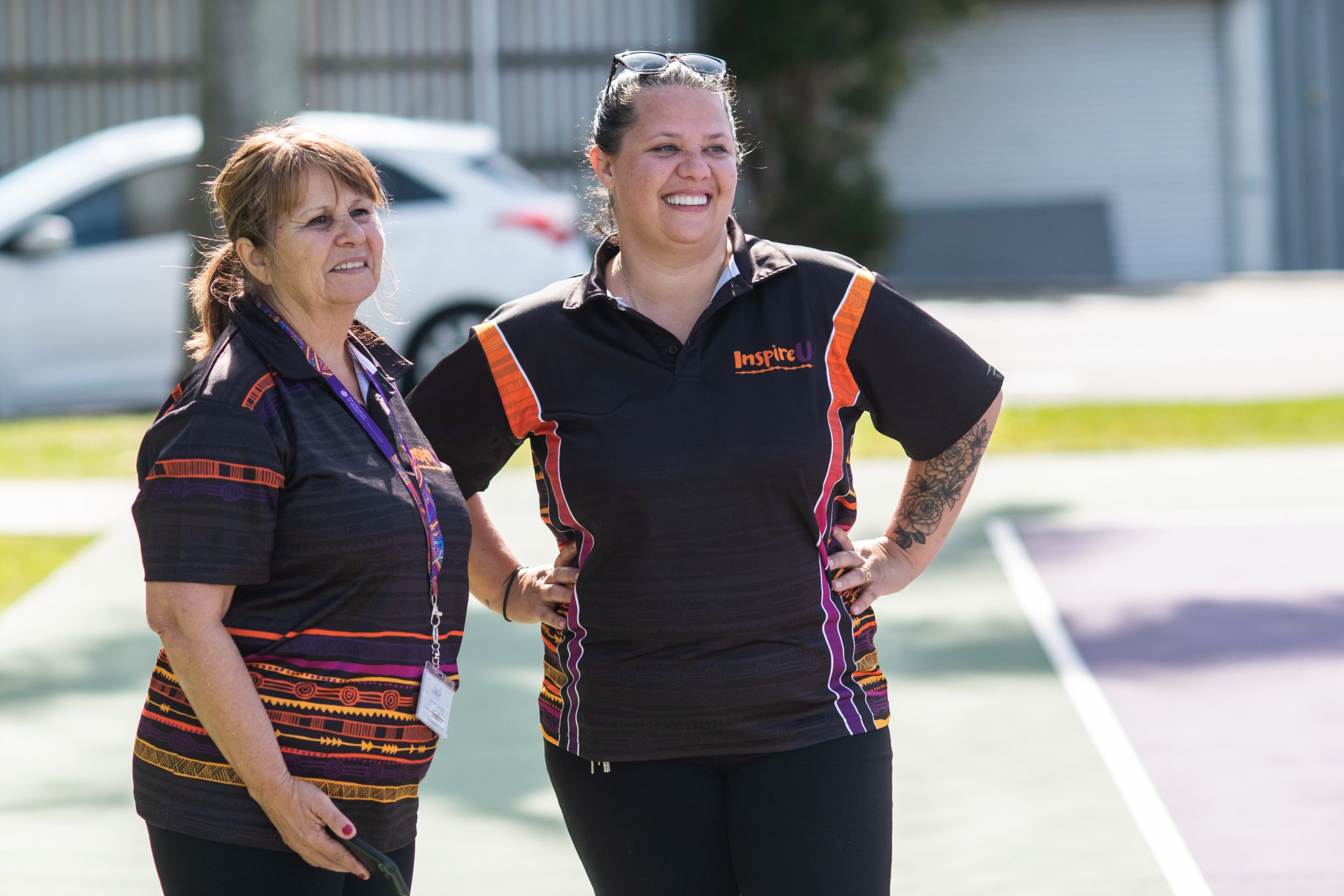 On a mission to inspire. Photo supplied by Netball Queensland 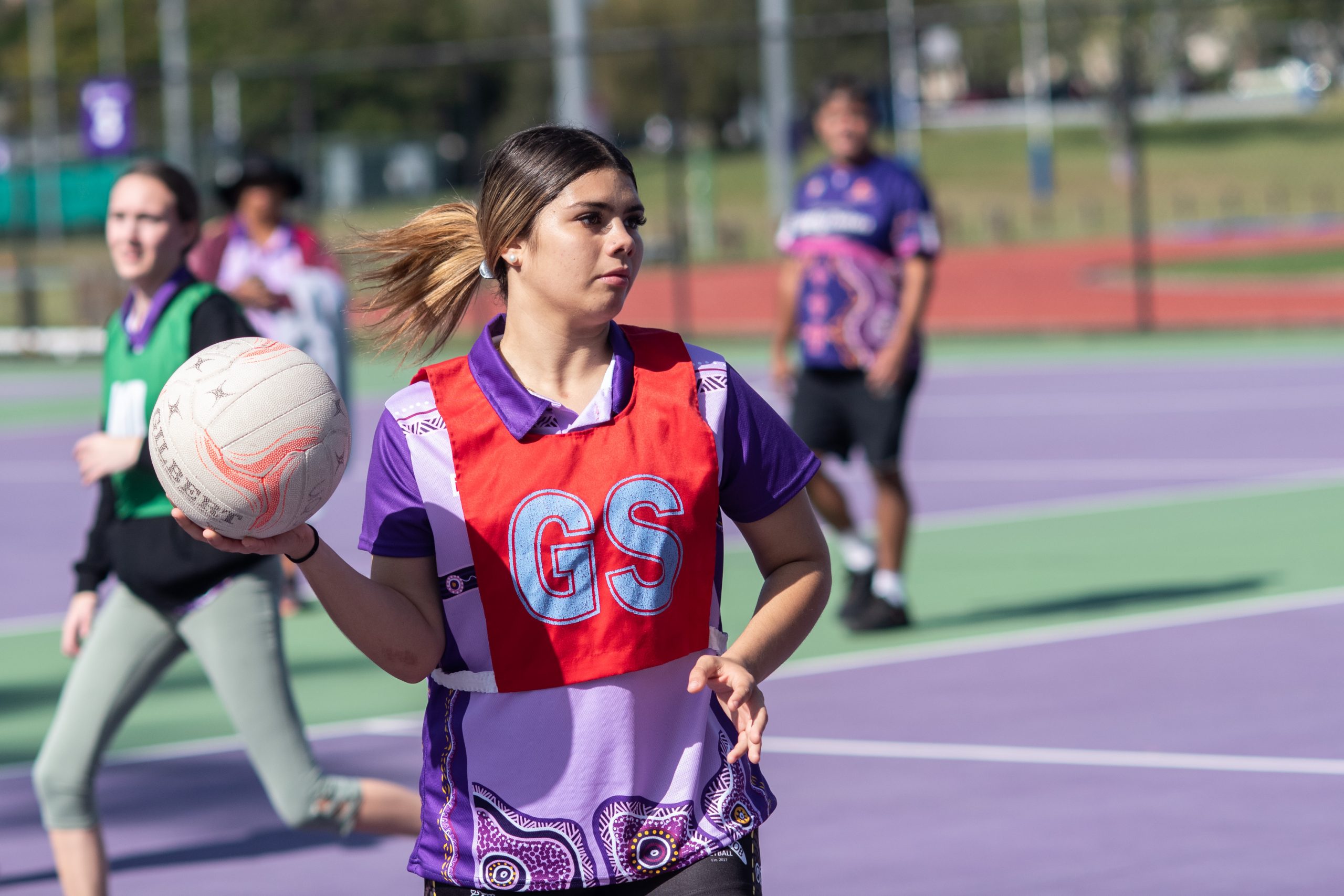 Court work was a large part of the camp. Photo supplied by Netball Queensland 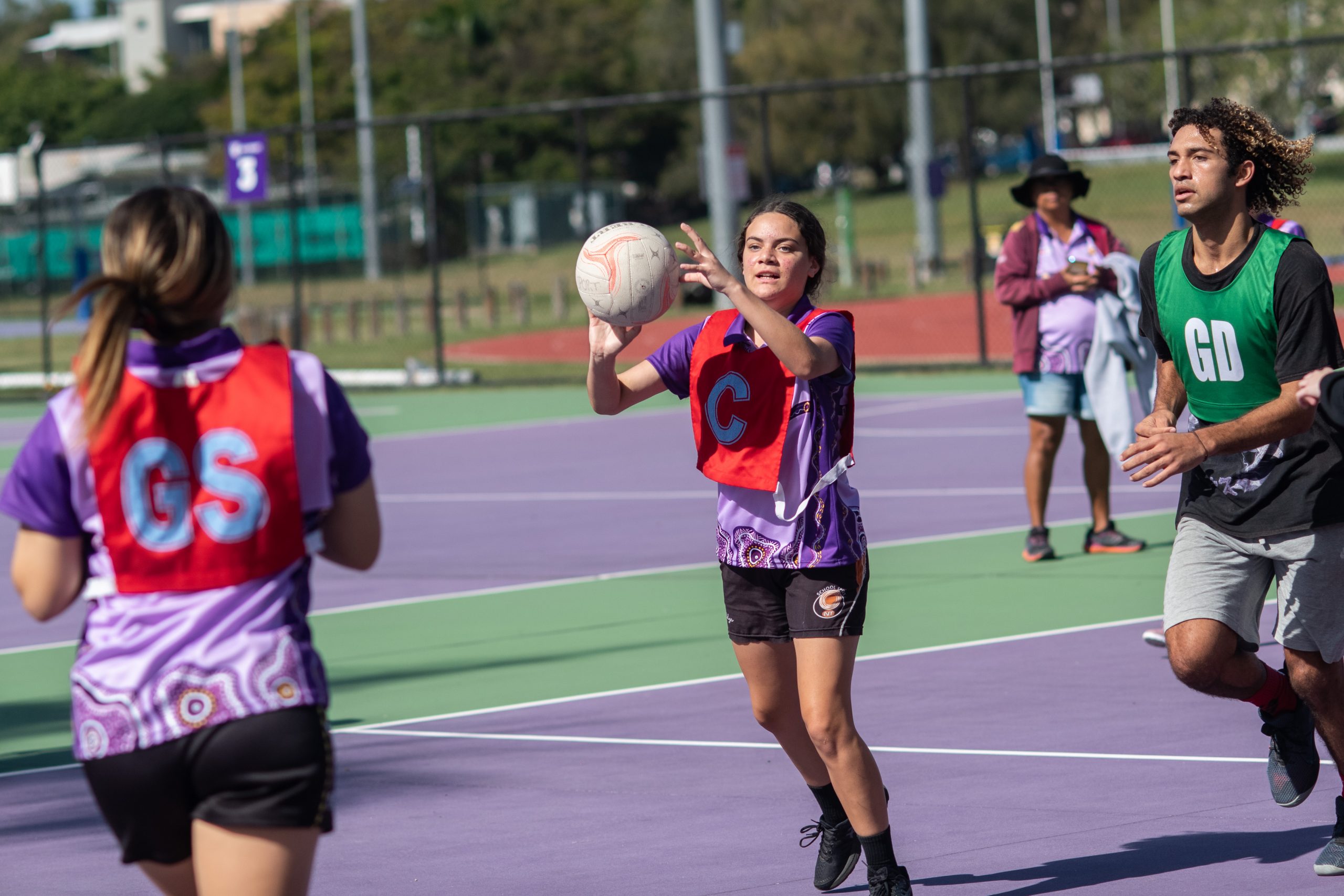 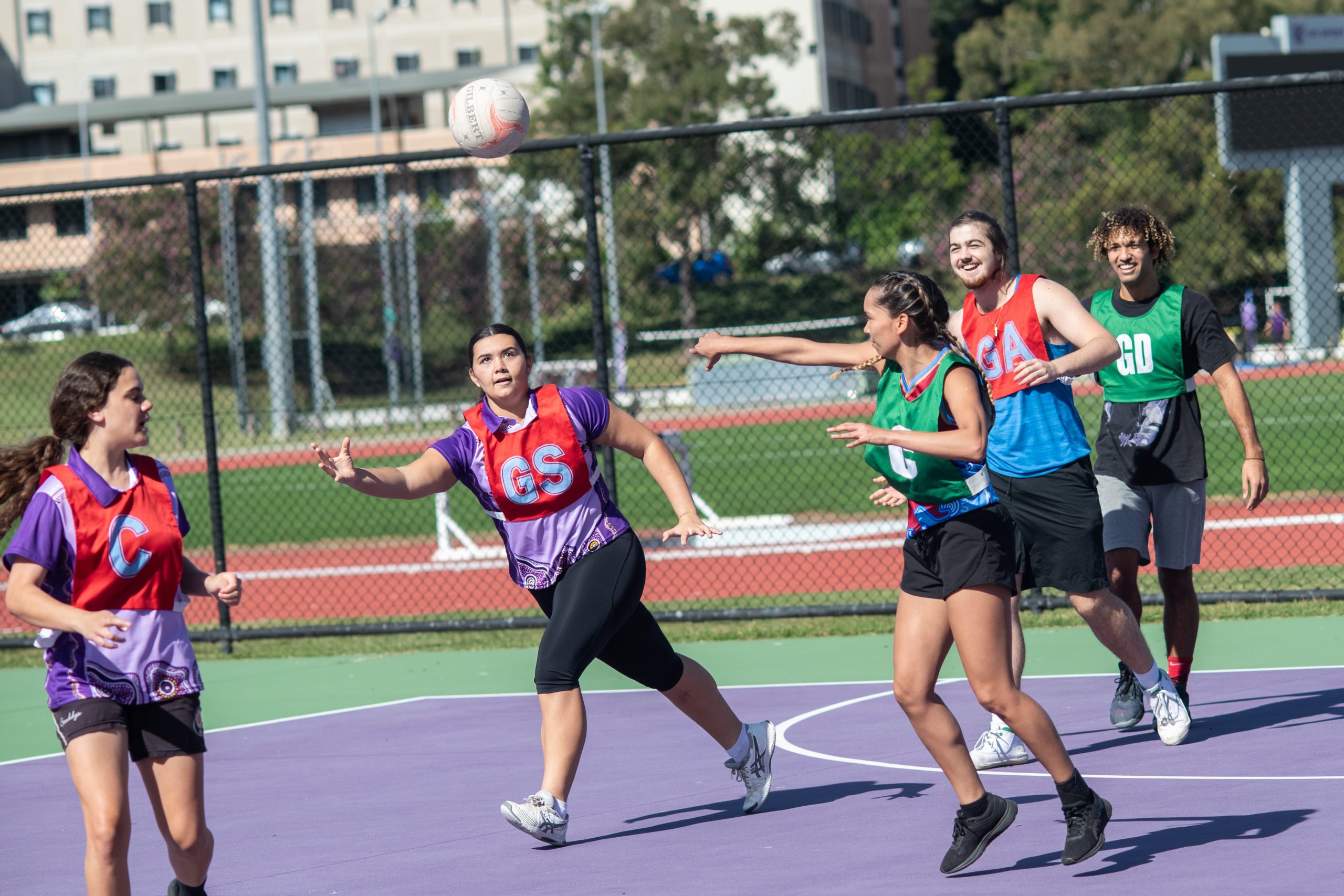 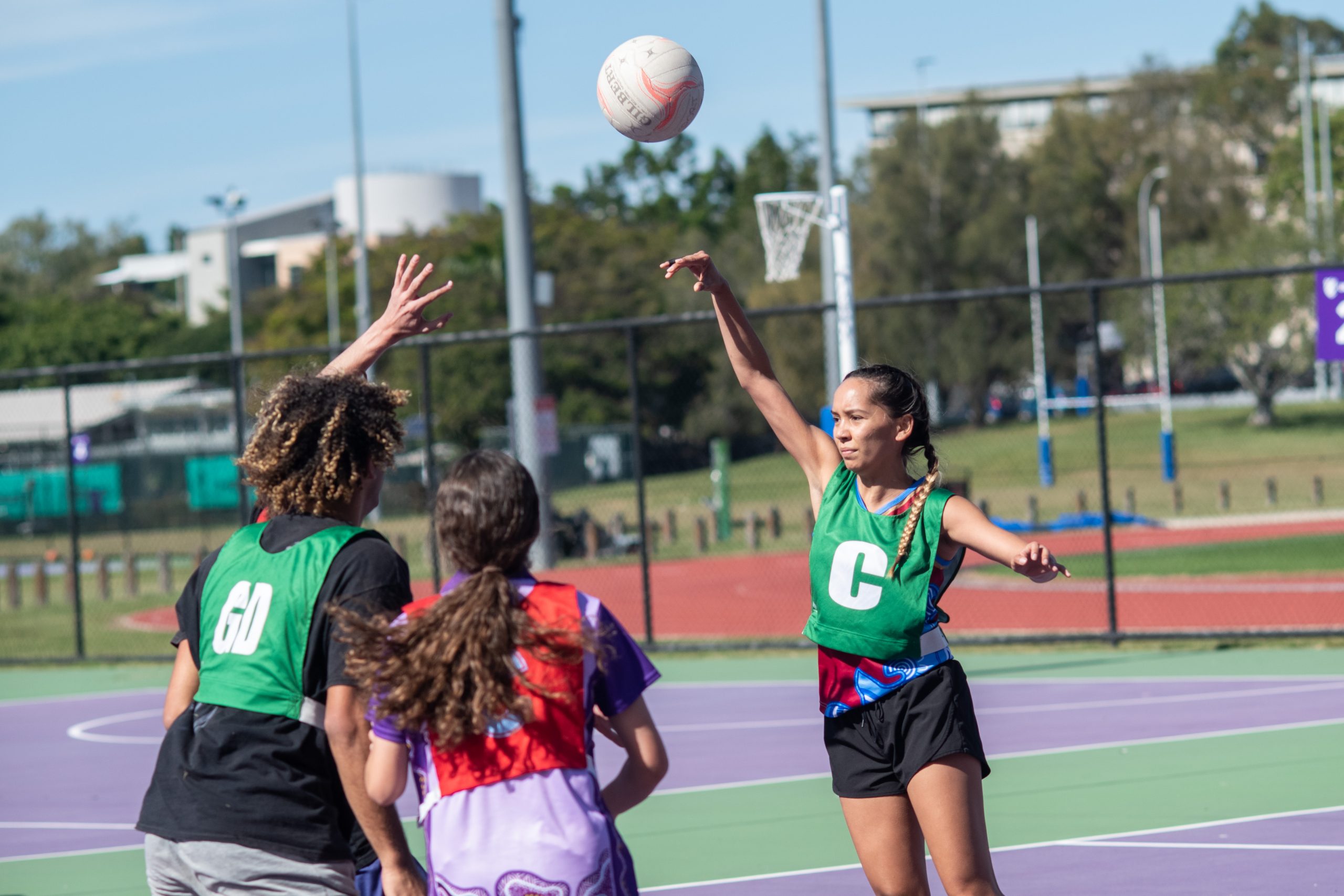