On a stunning Sydney day at the acclaimed restaurant Chiswick in Woollahra, netball media and personalities gathered to celebrate the launch of the 2022 Super Netball season which kicks off this Saturday. The luncheon, organised by Kayo Sports, was a great introduction to the dedicated team who are looking to not only propel netball to a bigger audience but also bring live streaming to fans in a way they have never experienced before; and if the thoughtful ‘netball themed’ decorations around the room are anything to go by, fans can be assured the game is in good hands.

In moments that do not happen often in the sporting landscape, this truly was a day that celebrated the expertise, skill, dedication and passion of women in sport. Hosted by Fox Netball’s brilliant Hannah Hollis, one by one we were introduced to an all-female line-up from Kayo who will look to take the sport to the next level.

Cate Hefele, the Executive Director of Kayo Sports, eloquently expressed her excitement of the impending season before passing the microphone to Marketing Director, Kim McConnie who assured us that Kayo have only begun to scratch the surface with what it hopes to offer fans. Finally, the passion of Erin Ferreira, Executive Producer at Fox Netball was evident for all to see. Words like Tier One sport, post-game analysis, full round wrap ups and behind the scene footage was enough to make everyone in the room excited for what is to come. These are the extra pieces of netball that fans have been desperate to experience.

Making sure fans don’t miss out, all games on a Sunday plus finals are free on Kayo and every Australian Diamond game will also be available to stream for free during the Commonwealth Games in July. Prime time games are another exciting addition to the fixture this year, with Kayo saying that the voice of fans was heard; later timeslots so those who play sport on the weekend can watch. For fans who are too busy to watch every match, Kayo Minis will provide a 20 minute highlights package of every game, while the magazine shows Centre Circle (Sunday) and Pivot (midweek) will bring all the talking points and match results. 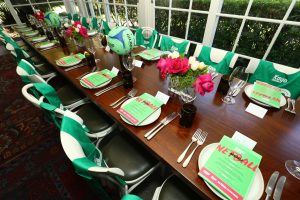 Branding on point. (Photo by Mark Metcalfe/Getty Images for Kayo)

Hoping for a Big Big year

The guests of honour were cross-town rivals NSW Swifts co-captains, Paige Hadley and Maddy Proud, and GIANTS Netball captain, Jo Harten. All three athletes said they were ready for the season to finally get underway, making mention that being able to have fans back would be a highlight for them. While neither of the teams have had a particularly flashy pre-season, Proud is confident the Swifts will peak at the right time, while Harten played her cards close to her chest mentioning that pre-season was simply about getting all their squad on court.

Harten says that the 11 pre-season games and the Team Girls Cup was just what her team needed to get ready for the upcoming season.

“With the group that we have we needed that match experience. If we look back over the last two seasons, those players who sit just underneath the GIANTS have not had many opportunities or exposure to 60-minute netball, the ANL was gone during Covid-19, so we needed to expose players like Tilly (Matilda McDonell). I think overall it has been really successful for the younger players in our team all who have been able to have multiple 60-minute games.”

Hoping that her squad of 10 can keep the GIANTS at the top of the ladder, Harten says it is about knowing what style of netball it is they want to play and making sure they can execute it.

“We have a lot of energy in this squad. We want to play a well contested and fast paced style of netball and we have the players for that. They are also super athletic so we have to maximize every player’s ability.”

Disappointed in being runners up twice in Super Netball, Harten says it’s hard to pin-point exactly what the missing puzzle piece is, but they have to keep moving forward in hopes of one day laying claim to the trophy.

“Both seasons that we have made the grand final we have had really successful seasons and obviously played well. And it has happened to be moments or a few minutes in the last game, which happens to be the grand final, where we have let ourselves down. They only thing we can do is move forward and improve on the things that let you down in the past.”

After Amy Parmenter was selected into the Diamonds squad last year, Harten has been particularly impressed with her commitment this preseason, and a firing Parmenter will go a long way in helping the Giants remain at the top in 2022.

“She made the Diamonds squad for the first-time last year and she’s got the taste for that next step-up in her game and she had really successful year on the court for the GIANTS and she has really giving it her all this preseason.”

With a plan to lead the GIANTS to back-to-back grand final appearances and setting a high standard for anyone who wears the orange dress, we can expect Jo Harten to have another big season; but there is no doubt there will be fierce competition for the trophy that has so far eluded her. 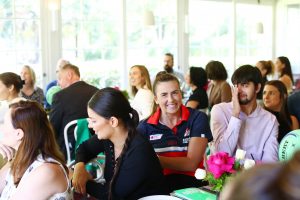 Swifts co-captain Paige Hadley was upfront when talking about her teams’ intentions for 2022.

“I am going to put it out there, we want to go back-to-back”.

And it is the sort of confidence that has the other teams placing the Swifts as the team to beat for the trophy this year.

“We are reigning premiers and everyone wants to beat us, but this group has been a together for a while and I believe we have something special. We have had some changes to the team but our core personnel are the same and we are still growing…it is nice to know that other teams fear us…”

Within the Swifts camp there is an ingrained belief and winning culture each time they take the court and they have come such a long way since the Super Netball competition began in 2017.

“When we came together in 2017 under coach Rob Wright, we were very, very young and not many of us had really had a break out year. So, we had this mentality of ‘we are young, we only just lost.’, When you start training like that and playing like that you start to believe it. And we did believe it.”

It was not until Briony Akle entered as coach in 2018, bringing with her team accountability and a change in attitude that the squad started to have confidence in its own potential. Akle came in and challenged the team, and while the finished sixth that season, Hadley recognises how much they learnt.

“We were going into third year together so we shouldn’t still be okay with losing, all the excuses were gone. In 2019 we had a torturous preseason, I remember going on a camp where we didn’t sleep for two days, it was so tough. But that was Briony instilling belief in us and challenging us, and she has challenged us every year since.”

In a worrying statement for the other teams, Hadley wholeheartedly believes that her team has not yet reached its potential. She says it is exciting that there is still growth in this team and they have by no means played their best netball.

Speaking of wanting Sam Wallace being the best goal shooter in the world, Hadley says despite limited time on court in preseason Wallace has been incredible.

“It has to be Sam for me, even thought she has had limited minutes in training. Any time she has been on court I have been so impressed and that really excites me. There was been a lot of ‘woah moments’ while I have been watching her!” 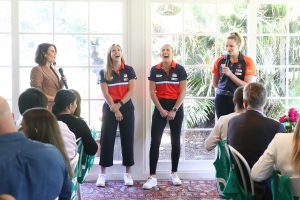 You can stream every game of the Suncorp Super Netball live and ad free on Kayo Sports and Fox Sports. All Sunday matches are available for free on Kayo Freebies. Visit Kayo Sports for their package deals 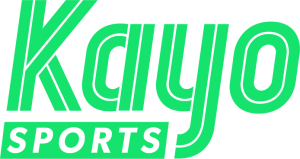