Our voting system this season entailed voting for the best five players in each game on a 5,4,3,2,1 basis. In what turned out to be a race in two with her own teammate Jhaniele Fowler, Bruce clinched the MVP in round 13 when she picked up four votes, leaving her an unassailable seven votes clear of Fowler. Having an outstanding season in defence for Fever, Bruce has polled votes in an astonishing 11 games out of 14 this year. In fact, she picked up votes in all of the first nine games, including one incredible stretch of four games between round four and round seven where she was voted best on court on each occasion.

Bruce and Fowler picked up nine lots of five votes between them, showing just how much they dominated the Fever voting. As well as battling her own captain for votes, Fowler also has to contend with her own very high standards. It has become such a routine thing for her to shoot 50+ goals, perhaps she is judged more harshly than others. In any case, it was another fantastic season for her. In third and fourth places were Lightning shooter Cara Koenen, and Firebirds centre Kim Ravaillion. Rounding out the top five is Sam Wallace from the Swifts. 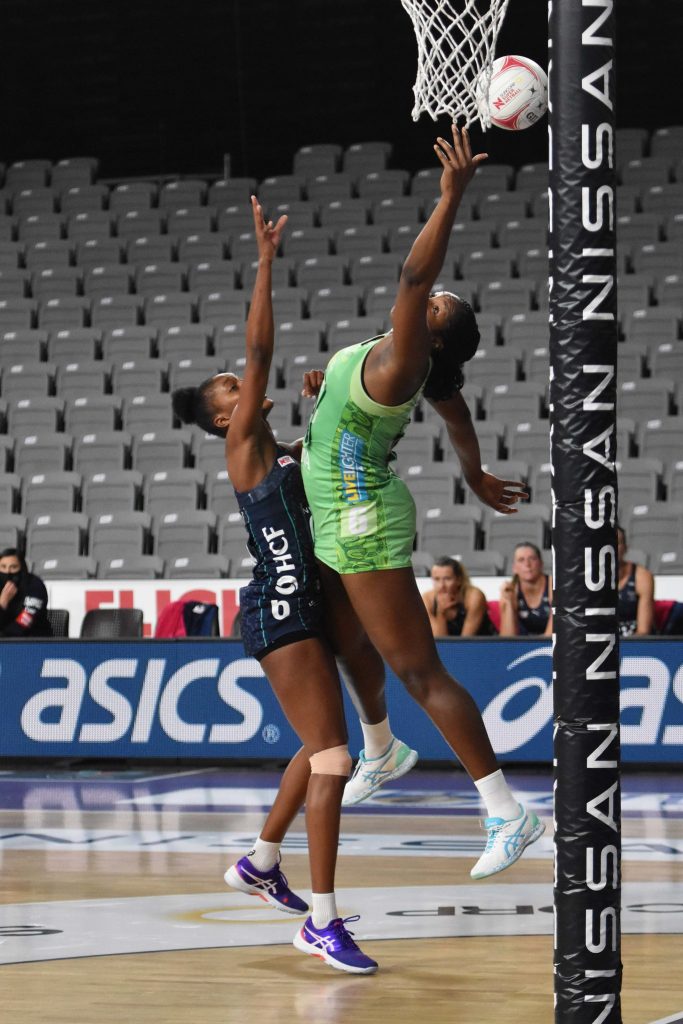 Jhaniele Fowler had another strong year to finish runner up. Image: Marcela Massey 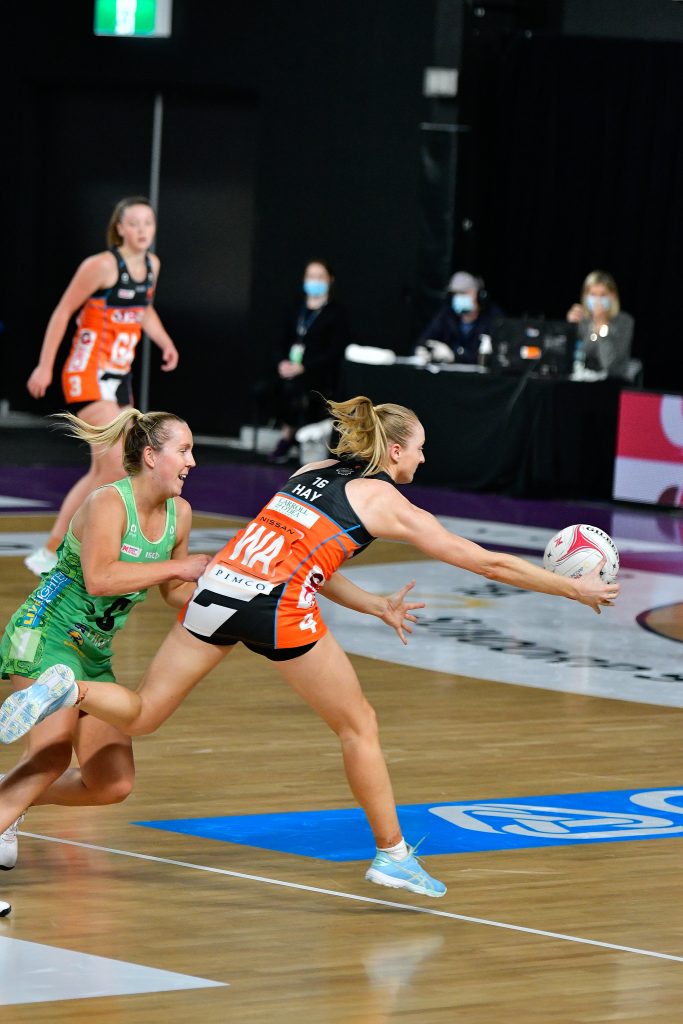 After an exceptional year, Maddie Hay got our nod for Giants MVP. Image: Simon Leonard.

Now it’s time to announce the MVPs for each club. This is simply done by using the overall MVP votes and finding who polled best from each team.

This came right down to the last game of the regular season, with Maddie Hay just edging past Jamie-Lee Price. All round, this was a very even team performance as you can tell from the votes. Six different Giants players were voted best on court during the season.

Another quite even vote with five different Swifts players being judged best on court during the year. Wallace got the five votes on three occasions and four votes twice.

As the winner of the overall MVP award, naturally Courtney Bruce also wins the Fever award. Bruce and Fowler finished well ahead of a group of players who all polled quite well in their own right.

Cara Koenen polled very consistently. She was judged to be one of the best three players on court on eight occasions and in two of these games she picked up the maximum five votes. It was an even vote away from her with nine players polling. This was a slightly below par year for Karla Pretorius, given her ridiculously high standards. 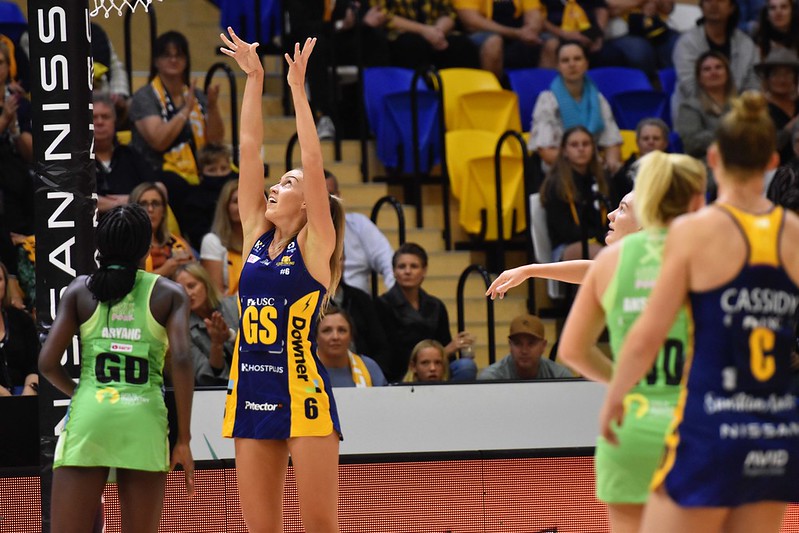 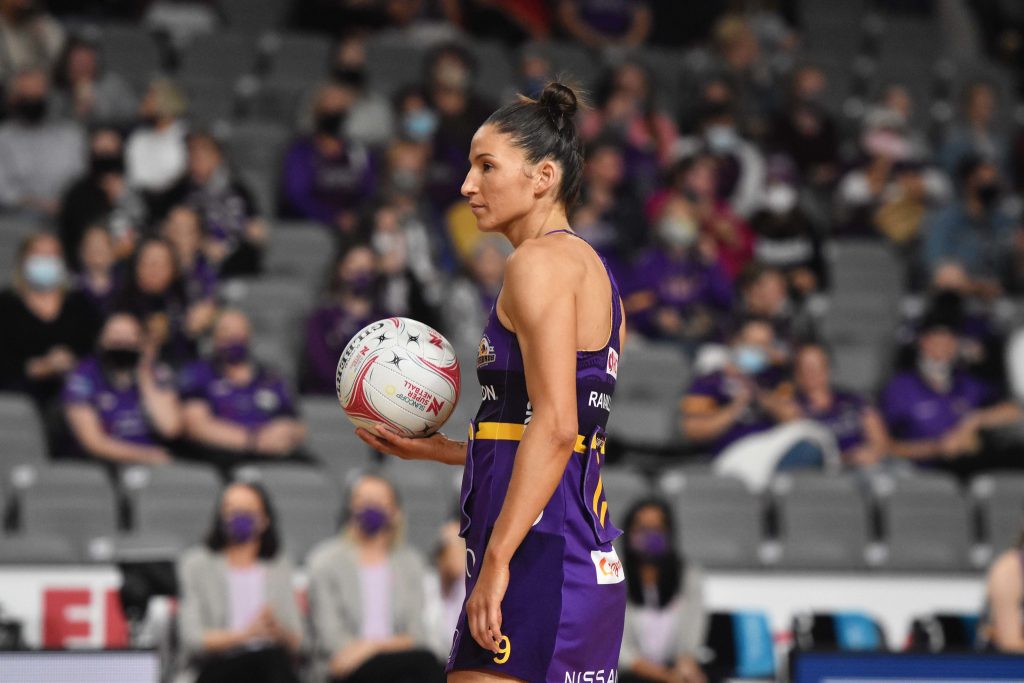 Kim Ravaillion has had a fine season for Firebirds after coming back from maternity leave. Image: Marcela Massey

Much like Koenen for Lightning, Kim Ravaillion was very consistent, polling in nine games, including three when she was judged best on court. Again, away from the winner, this was an even contest with all ten players picking up votes through the year.

This was another close one, with Shimona Nelson falling two short of picking up the votes to catch countrywoman Jodi-Ann Ward in the last round. Unusual to see Geva down so low. She was hampered by a back injury this year.

Nine Thunderbirds players picked up votes during the season. Despite only polling two votes in the last five rounds, Shamera Sterling was just able to hold on from Maisie Nankivell.

Mwai Kumwenda came out on top of an even field. She held the team together in a poor season for the defending champions with only two wins. 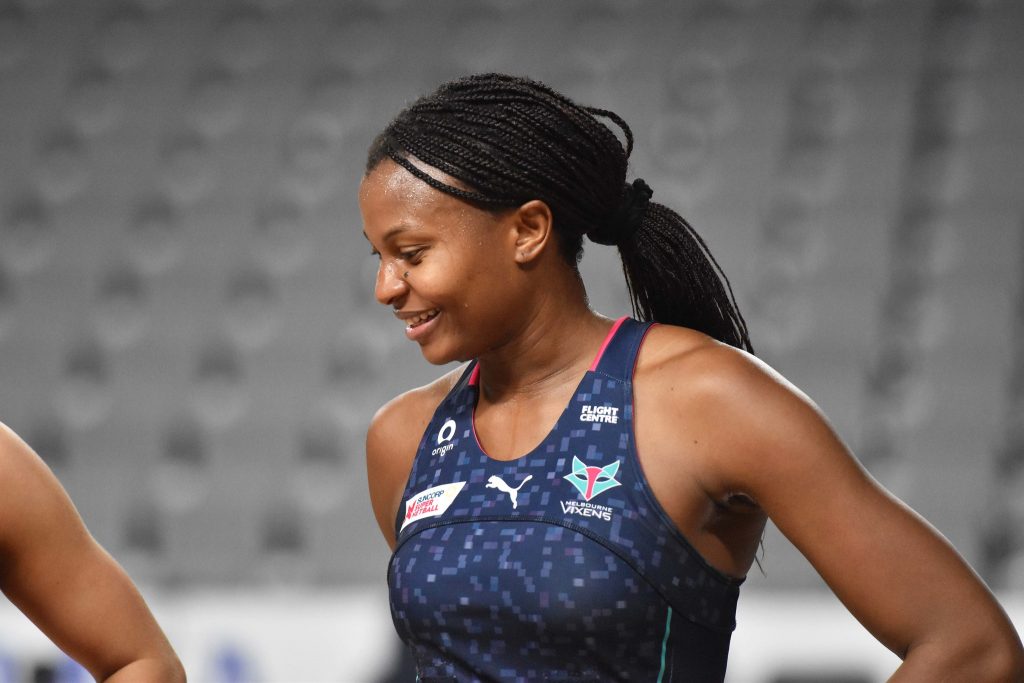 Mwai Kumwenda topped the voting for Vixens who had a disappointing season with just two wins. Image: Marcela Massey 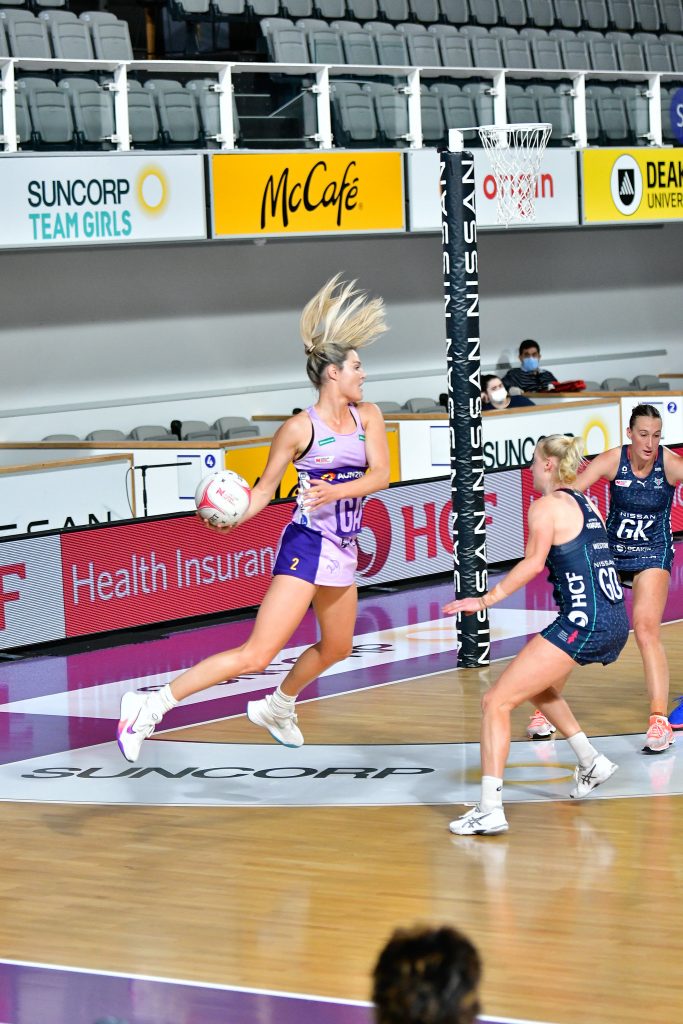 Gretel Bueta takes the goal attack spot in our team of the year. Image: Simon Leonard.

TEAM OF THE YEAR

As with the individual team awards, picking the team of the year is done by simply going through and finding the highest vote-getter for each position. And they must be regulars in this position. We could easily have put Cara Koenen in at GA in our starting 7, but that’s not her favoured position. So she goes on the bench.

Congratulations to all the winners. Now, on to the finals!