Netball news was dominated this week with the news that Silver Ferns star shooter Ameliaranne Ekenasio will miss the start of New Zealand’s domestic season due to fatigue.

Ekenasio posted on her Instagram page in March about the challenges she has faced around her mental health and her post seemed to resonate with people not just within the netball community, but also much further afield.

We often hear athletes talk about the toll that being a professional in a sporting environment takes on their mental health once they have stepped away from the sport, but seeing someone at the peak of their game reach out to those around them and talk about what they are going through is still fairly groundbreaking.

“It’s not always what it seems on the outside, but it’s ALWAYS IMPORTANT to ask for help. I know when I’m red flagging but honestly it still takes so much courage for me to reach out – reach out anyway, I promise it’s always better to go early.” (Ameliaranne Ekenasio)

This announcement is a huge step forward not only for player welfare in netball, but also for the wider conversation surrounding mental health in sporting circles and further afield. The fact that the Pulse, the Silver Ferns and Netball New Zealand have created a culture where someone can ask for support is fantastic, and it just reinforces the narrative that mental health in the work place is something that should be as easily discussed as having the flu.

It’s been a busy few years for Ekenasio. After the Silver Ferns’ success in the Netball World Cup in 2019, the Central Pulse’s back-to-back championship wins, and being elevated to captain both of the national side and her franchise, it’s no wonder the superstar Goal Attack needs a break. Not only does it take courage from someone who is at the peak of their game to ask for the time to step away to look after themselves, but the Central Pulse, Silver Ferns and Netball New Zealand should be applauded for offering the support their athletes need.

Living much of our lives online, social media makes it easy for us to have constant access to celebrities, sports stars, and even the people that live down the street, but as we’re becoming more and more aware, we often only see the good days. Sport and exercise are undoubtedly good for your mental health, but when that’s your job, how do you make it work for you? Ekenasio regularly shares parts of her journey on social media, but the bravery it takes to ask for a break, particularly in a professional sporting environment, is not to be overlooked.

I have been in a place at work where I struggled and I didn’t ask for help because I thought no one would care. I had fantastic colleagues, and I felt happy chatting to them about pretty much anything, but I didn’t feel like they would want to know what was going on in my head. I thought it was my problem, and my issue to deal with alone, but I know now they would have listened and helped me find the support I needed if I had asked for help.

For me, I didn’t realise that there was something up for another six years. I just thought that everyone had days where they couldn’t get out of bed, where the smallest inconvenience made them really, really angry, or they couldn’t sit in a restaurant around other people without having to leave just to get outside in time to burst into tears.

“What I want from sharing this is the hope to further normalise talking about mental health and acceptance of no matter what you see it’s not always what you think you see, LETS NORMALISE THERAPY!!” (Ameliaranne Ekenasio)

I didn’t realise what I was dealing with was depression and anxiety until I saw other people talking about their experiences, just like Ameliaranne Ekenasio has done. Reading about how others experienced those things too made me realise that it wasn’t just me, and that dealing with it on my own didn’t have to be a part of daily life, so I reached out for help via my GP. That first hand experience is why I feel that last week’s announcement was so important; being able to see someone use their public platform to talk about mental health, taking a break and asking for help might be the sign that someone was looking for to reach out in their own lives.

Don’t get me wrong, I don’t think it’s all sunshine and rainbows; there will always be people who are struggling and, unfortunately, who don’t feel like they are in a position where they can ask for help or receive support from their club or workplace, but this is certainly going to be a decision that lets lots of other women, athletes or not, know that they are not alone.

As well as being part of both a World Cup winning squad, and a key member of a team that has won back-to-back championships Ekenasio, like all the other women around her, has a life outside of netball. Allowing players to step away from the court and take time out of training to spend time with their families, doing things that allow them to rest and recharge is an essential part of any career.

It’s not surprising that having to factor in the rest of your life around training, international travel, the four-year cycle of World Cups and the Commonwealth Games, as well as the pressure of performing at those huge sporting competitions would start to impact your mental health. Missing key moments in the life of your child, not being able to spend time with friends and family, missing weddings, funerals, reunions; there is so much pressure and sacrifice that we, as fans, may not understand.

Conversations around mental health can be difficult, but by speaking out when we are able to, it helps to reduce the stigma, and these are real conversations that we need to be having on a regular basis to ensure that we are taking care of ourselves and those around us. It’s important that mental health support is as normal as support for a physical injury going forward.

I think we are seeing netball adapting to fit around peoples’ lives more and more, helping women to be professional athletes, but also allowing them to grow outside of that. Whether it’s as a parent, a caregiver, growing professionally outside of netball, or just as a human being, we are seeing netball step up to the plate to support its athletes.

Silver Ferns head coach Dame Noeline Taurua called Ekenasio “courageous” for her decision, which reinforces the support coming out of the Ferns environment not just for Ekenasio, but hopefully other athletes in the pathway too.

It’s great to know that athletes have the level of support required, but also that they feel able to open up. Hopefully Ameliaranne Ekenasio is able to take the time away from the game that she needs, and we can see similar conversations continue at all levels of netball into the future.

Where can you find help?

If you need to reach out to a professional about your or a loved one’s mental health, the following organisations below provide immediate help on a 24/7 basis. Alternatively, seek help through your GP or national health service.

About the Author: Iona St Joseph 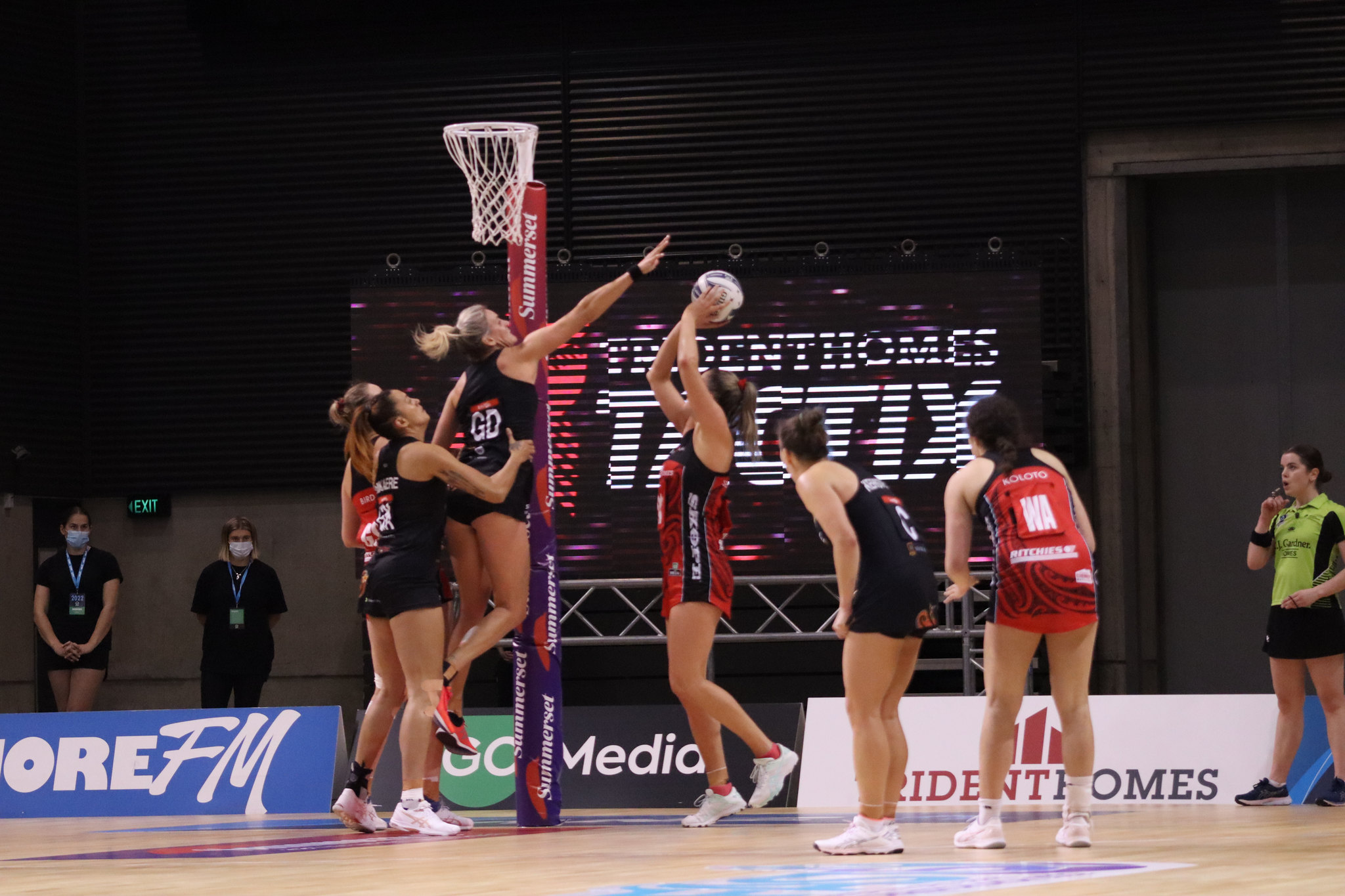 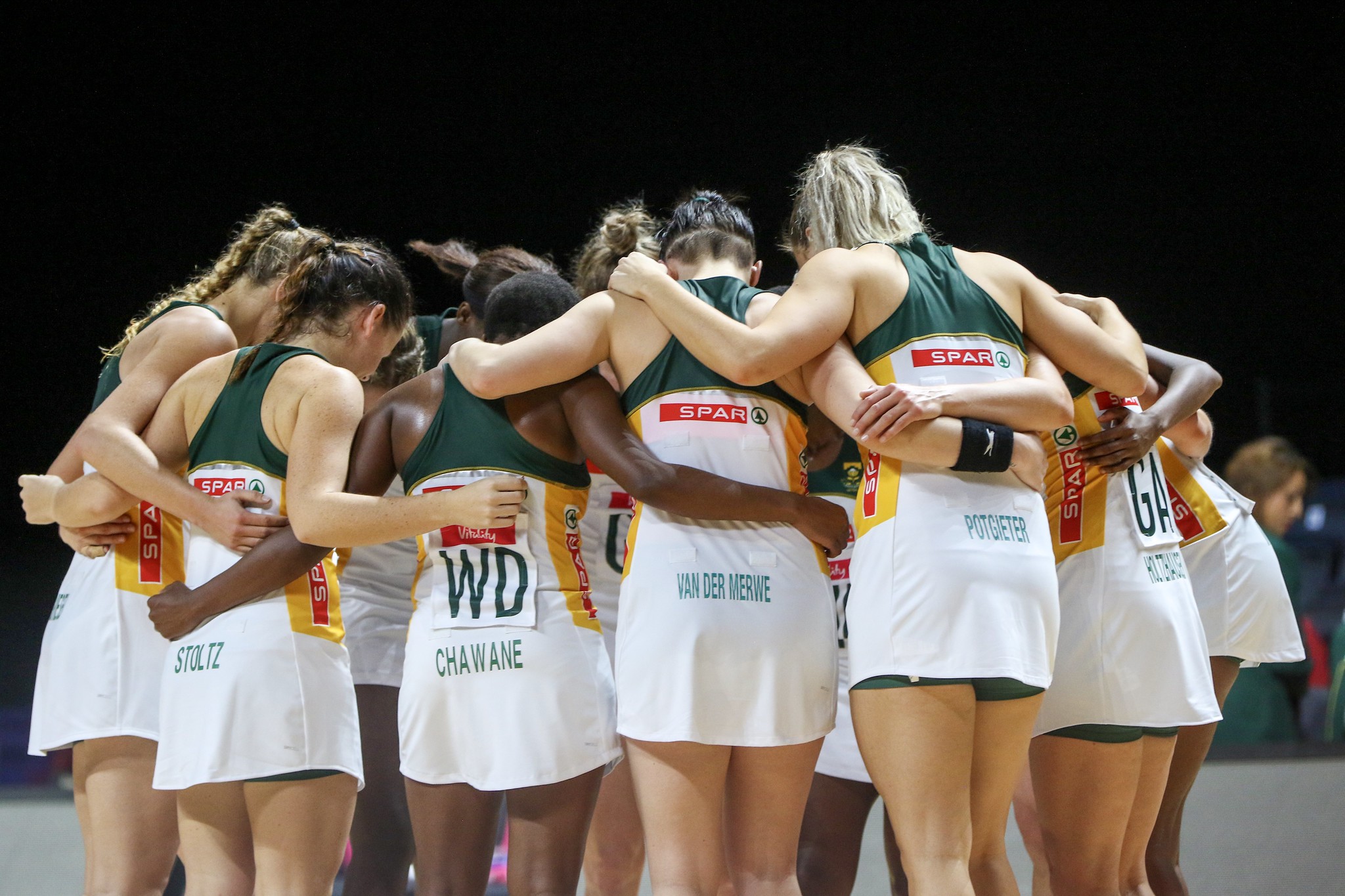 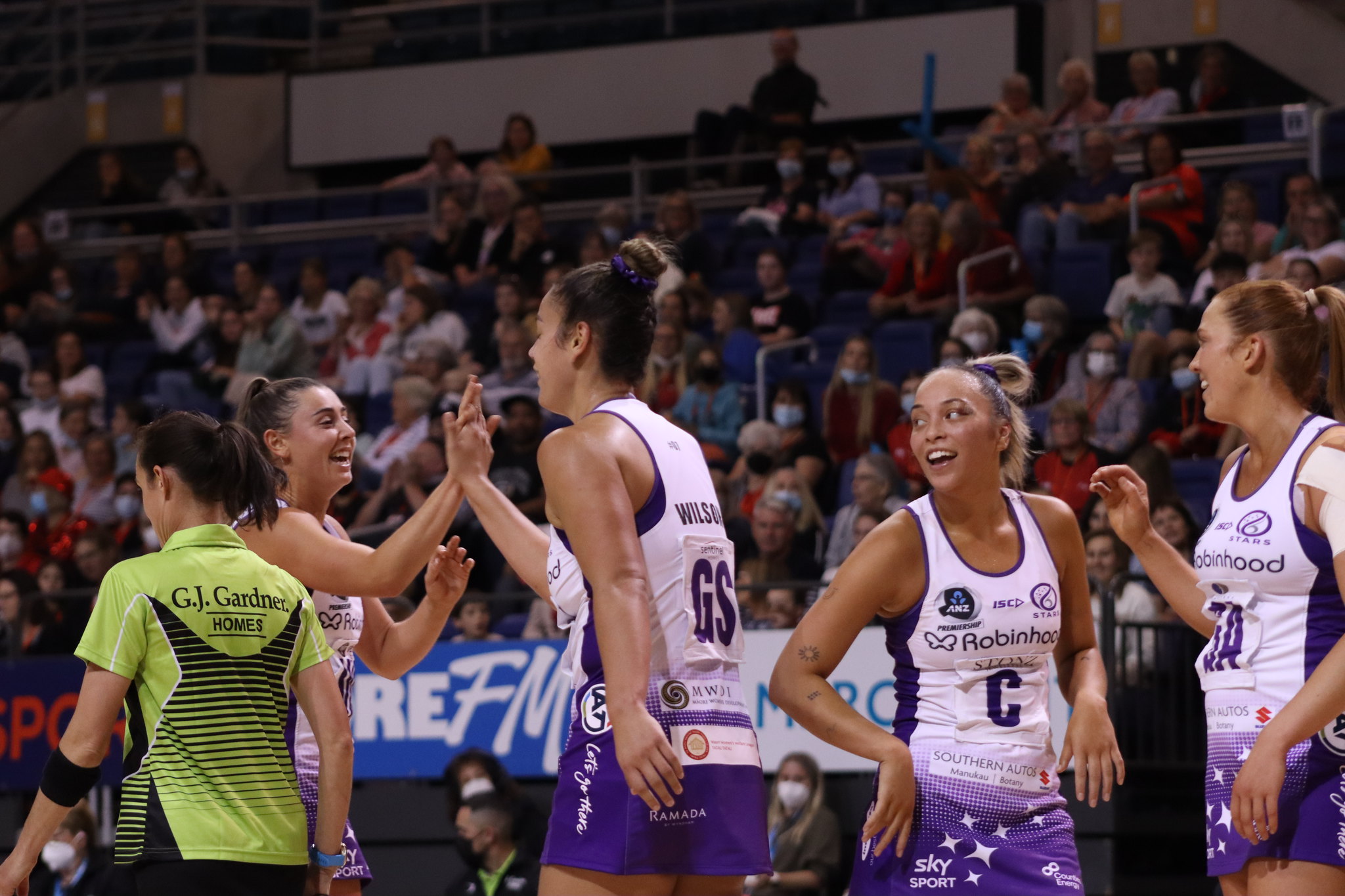 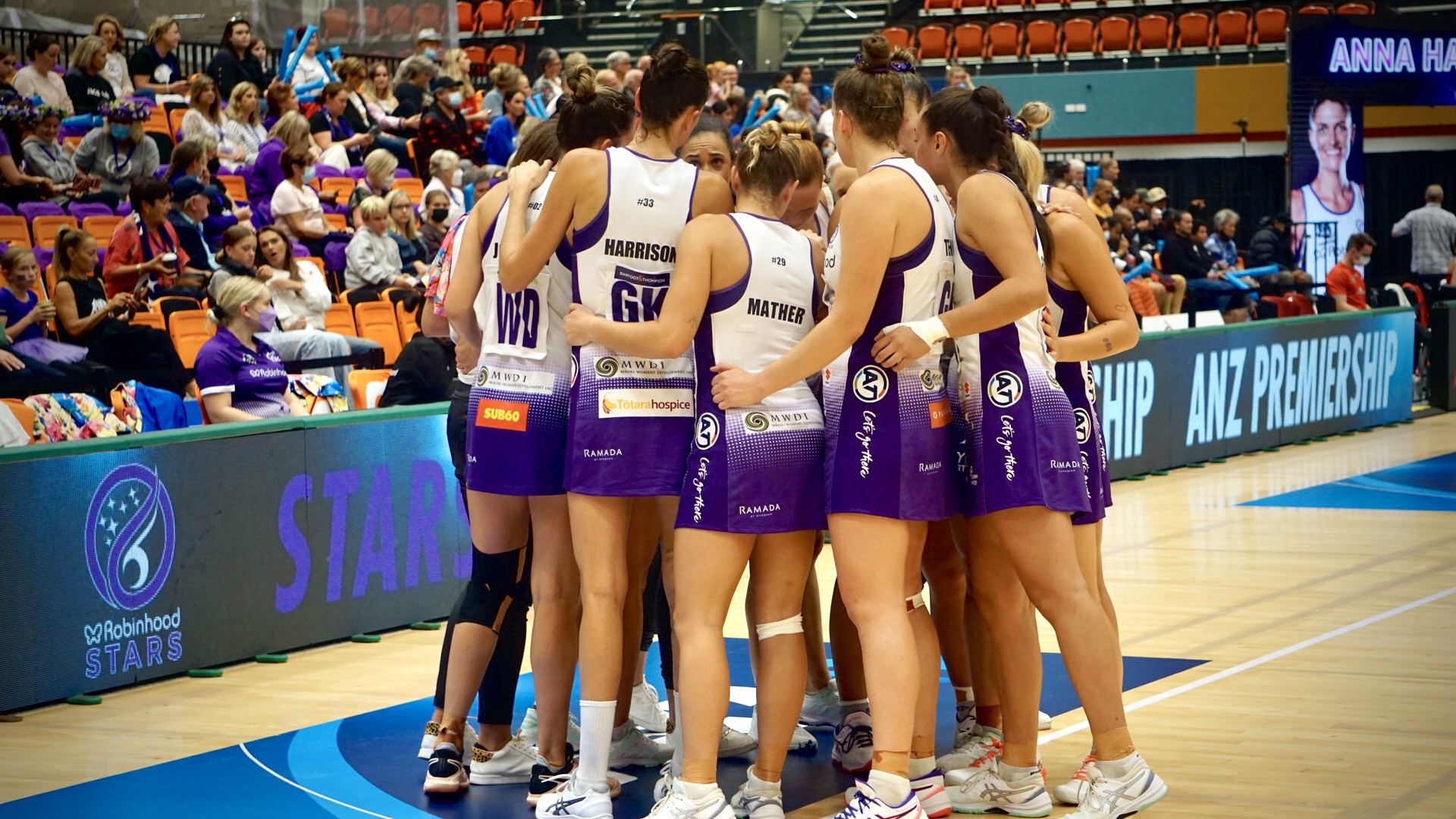 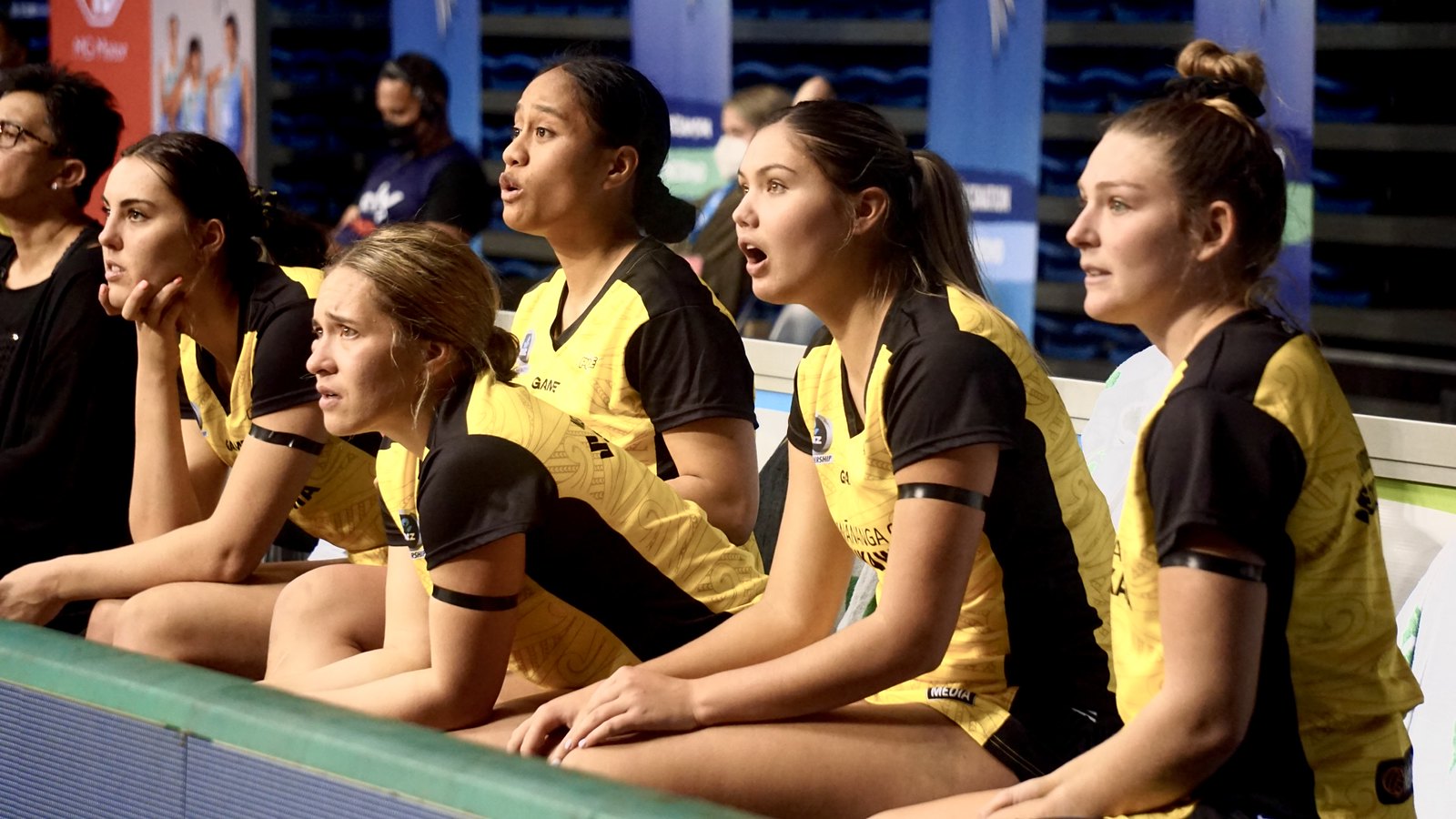 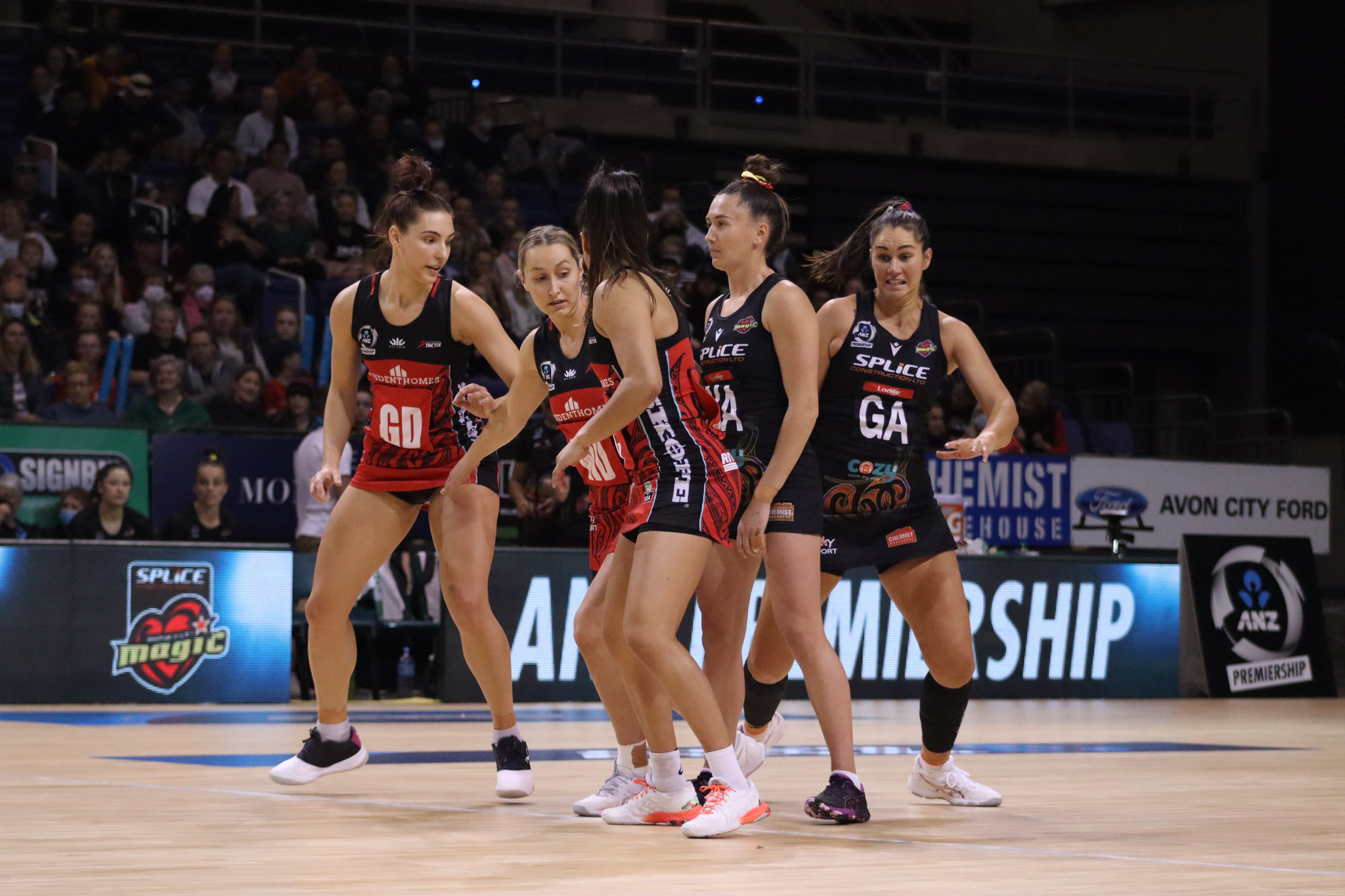