Come Saturday, the Sunshine Coast Lightning will be fighting hard to break a curse.

For the first time in their short, but successful history the Lightning are the Suncorp Super Netball minor premiers. However, no SSN minor premiers have so far gone on to win a grand final and that’s a curse coach Noeline Taurua is keen to smash.

“Look, we’ve joked about it, and spoken about it and taken it on, and really love the challenge of being the first team to get through [the curse]”, she said.

“History tells us it’s true”, adds Lightning wing defence, Maddie McAuliffe. “In saying that, history also tells us that we win the grand-final. So, hopefully, I’m going to go with the latter and hope THAT keeps repeating itself, rather than the curse”, she said.

The Lightning have their eye firmly on the prize, but the first hurdle in over-coming the jinx is winning on Saturday against the NSW Swifts. The Swifts will be looking for retribution following their recent 2 goal loss against the Lightning, but it’s a re-match Taurua is very much looking forward to.

“Look, the Swifts have been sublime and in-form [this season] and the last time [we played] could’ve gone either way”, Taurua said. “They are going to be amazing out there, and that’s what we’re expecting. They don’t cough up too much ball and they’re very motivated to take[the trophy] back to their home town.”

McAuliffe agrees. “The Swifts are a very clinical team and they don’t make a lot of errors. So, when we get the ball we really need to capitalise”, she said.

With the intensity of training ramping up this week, Taurua is pleased with the way the team has been progressing. “Look, there’s been areas in our game, we’ve been talking about for the last three or four weeks that we know we can improve on – especially when we have ball in hand. So, we’ve been working hard on that and very mindful about what we do, in regard to execution and delivery of that ball, but I’m really happy”, she said.

Playing their first major semi-final game in front of their notoriously parochial home crowd is not a moment that’s lost on McAuliffe. “Our home crowd is amazing. Anyone who’s been here or watched the broadcasts [would know] it’s so loud and everyone here is so passionate. You have people yelling at umpires and cheering for players, it’s such a good atmosphere, so we’re so glad to have a home game”, she said.

The major semi-final is this Saturday, 3pm at USC Stadium. 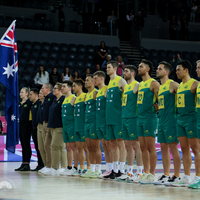