Standing at 167 centimetres, Lisa Alexander was usually a diminutive figure compared to the athletes she coached. In netball however, and for women’s sport more generally, she leaves behind a giant legacy. Following the announcement that her contract as the Australian Diamonds head coach was ending, Lisa spoke exclusively to Netball Scoop.

When Lisa Alexander stepped into the role of head coach of the Australian team in 2011, she had a strong vision. Maintaining a winning edge was vital, but as a player-oriented coach, it was in that space that she felt she had much to offer. Before she could implement her beliefs however, she needed a deeper understanding of the challenges a head coach faced.

“The role is so all-encompassing that I had to find out exactly where I needed to prioritise my time.

“When I took over from Norma (Plummer) netball was embedded into the Australian Institute of Sport system, and we were moving away from that model. As a result we didn’t have the staff we have now, and our new almost stand-alone program had to be built from the ground up,” Lisa explained.

A world class high-performance program was the result, attracting top quality staff to work with current and fledgling Diamonds.

In an era when netball was becoming semi-professional and demands for players’ time were increasing, one of the biggest tasks was working in the athlete welfare space.

“We had to acknowledge that they were struggling with their life balance and their wellbeing.

“That has been a continuous struggle, and I believe it still is today for most people that work in the high-performance environment. Getting the balance right helps everyone to perform better, but it’s an ongoing process. I’ve always tried to put that front and centre with the athletes.” 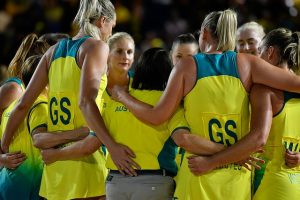 Together with a considerable amount of work in supporting athletes’ wellbeing, Lisa brought in Ray McLean of Leading Teams to work on the “Sisters in Arms” culture. It was an ethos in which every player had value, was able to give and receive feedback, growing the bonds between past, present and future Diamonds.

In Lisa’s view, as far as netball was concerned, the pecking order mentality of many team sports was to be relegated to history.

Hierarchical change was needed at wider levels than just within the playing group. Lisa recognised that with the increasing demands of the ANZ Championship, time available for the Diamonds program was constantly being nibbled away. She wanted to promote mutual respect and support within the netball collective.

“It was important for the Diamonds’ staff and the clubs to be able to work together for the good of the athletes and the state and national programs. I wanted to develop strong relationships with all the club coaches and I think it’s still a big part of our system today.”

“To be part of it, to oversee it, and to lead it for this many years, I’m enormously proud and know that it’s in good condition moving forwards.” 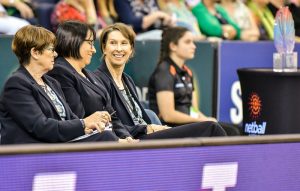 One of the key changes during Lisa’s time at the helm came about almost inadvertently. Like Norma Plummer before her, she set about growing relationships with journalists around the country. As time went on, she became an advocate not only for netball, but more broadly for women’s sport. She heavily promoted female athletes in mainstream and social media channels, often networking in business and political circles to get her views across.

Increasingly polished and always professional, Lisa was one of a small number of women whose views across a range of sports were respected and eventually sought after. Netball is now part of Australia’s sporting consciousness, and it’s fair to say that she, together with Liz Ellis, were at the forefront of driving that change.

“It was something that I don’t necessarily enjoy, but by putting myself out there I was making sure that I was a spokesperson. Being proactive, ringing people to advertise what we were doing, being able to comment and to sell the story of netball.

“I don’t think we’d done enough of that in the past. We’d relied on thinking that people were going to pick a story up, without doing the work to get it into the public consciousness. It’s been satisfying but also hard and frustrating at times.

“I still don’t feel that women’s sport is being given the kudos that I know it deserves.” 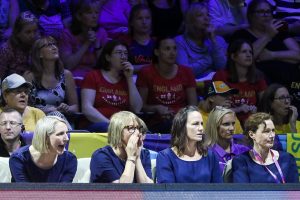 The ability to speak out is just one facet in Lisa’s evolution as national coach. On game day she believes that she is more confident in her ability to analyse and observe athletic behaviour.

“Being able to practice that at the highest level has helped me to become attuned to it, and it’s something that not all people get the opportunity to do. I’ve learned so much about myself – how I need to be, how I need to lead, and how to show that leadership in perhaps different ways than male coaches do. I hope that I’ve shown that coaching is women’s business too.”

One of the game-changing developments in Lisa’s almost nine-year tenure was the explosion of social media. It’s allowed sports, many of which battle for inches in newspapers, to have a louder voice. While Lisa uses Twitter to widely promote netball and other codes, she finds the platform a double-edged sword.

“I’ve been burned a few times in the past and I won’t read much today. I know I’ll have supporters on it, but there will also be others who will be negative and I’m not interested in that.

“I’m interested in telling stories of the achievements of our athletes and staff, and I’m also proud of what I’ve achieved while being coach of this program. We’ve done it together, we’ve done it consistently and we’ve worked very hard. Success doesn’t always come. The two one goal losses we’ve had (2018 Commonwealth Games and 2019 Netball World Cup) meant a lot to people. I understand that, and that’s sport. But it still isn’t easy to read some of the criticism.” 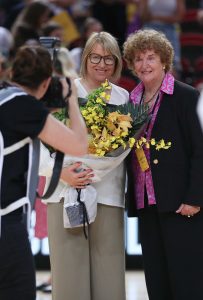 One of the challenges a coach faces is maintaining professionalism with their athletes, while also developing personal relationships that inspire trust.

“That is what you can never forget. You’ve got the care of young people and it’s a very special thing. Although our group were over 18, to see them grow into mature and capable young women who contribute so much to society makes me very proud.

“A defining part of my time with the Diamonds is the personal stories within the teams, the camaraderie, what we can laugh about now and share memories of. In Glasgow (2014 Commonwealth Games) we did a team building exercise and had to write down something that people didn’t know about us. I admitted that I had sponsored a turtle. That story has kept going and even today Sharni (Layton) and I send pictures of turtles to each other.”

“So it’s a balancing act of caring for the person but also wanting to win. Trying to get it right, to embed values within the athlete-coach relationship is critical to me. I’ve always tried to be a players’ coach. Rolling up the sleeves and standing alongside them. I understand that they are the ones that have to get out there and sweat the sweat and bleed the blood. 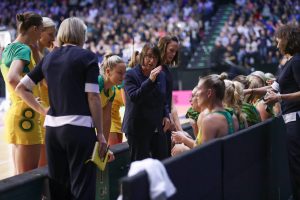 After 102 games in charge and an enviable 81% winning record, it was two heartbreaking losses at the 2018 and 2019 pinnacle events that almost inevitably led to Lisa’s demise. The Netball Australia board agreed that it was time for change.

The board made the decision to advertise the role of head coach at the end of Alexander’s tenure, advising Lisa that she could reapply. Believing that the board were looking for a different direction, she chose to step away instead. The bushfire relief match, that will see the Diamonds take on a Suncorp Super Netball All Stars side in Sydney, will be Lisa’s last game in charge.

While fans had been quick to criticise selection and rotational decisions as a factor in the Commonwealth Games and Netball World Cup losses, like any head coach, Lisa was somewhat a victim of fate. With an unanticipated number of players out through retirement, illness and injury, the two teams that missed gold were some of the most internationally inexperienced that Australia had ever produced.

“You don’t have control over a lot of stuff, but you have to work with what you have and try and prioritise the areas you really don’t want to compromise on. That is the hardest part of the job. There was a hell of a lot outside my control and I think that’s what whoever is fortunate enough to come into the role is going to have to come to grips with very quickly.

“Sometimes fate is all in the timing. In the earlier years we had the balance between experience and youth right in different areas of the court, and you can’t deny the inspirational leadership of Laura Geitz during that time.

“With this last group, we’ve had to work really hard, particularly around getting the defence end to jump up into their roles more quickly than we’d anticipated planning wise. That was a great challenge and learning for me.”

Lisa was quick to name the athletes she’s worked with over the years as her biggest inspiration, together with her assistant coaches during her tenure. She described it as, “a great privilege to work with people that are totally switched on, competitive, and who understand what we have to give to the Diamonds to be successful.” 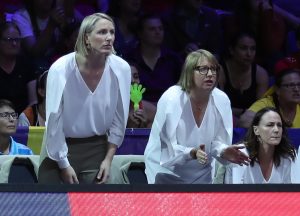 Opposition coaches including Dame Noeline Taurua, Tracey Neville and particularly Wai Taumaunu have also been a significant part of her journey.

“I have great respect for them. Playing against Noels was like mental chess. Tracey Neville learned a lot from her time in Australia and went on to be very successful; seeing how big netball is now in England is terrific. Wai Taumaunu and I had some stellar matches. For her testimonial I wrote to thank her, because she caused me to work really hard, made me better and into the coach I am today. She was such an opponent.”

One of the main aspects of being a head coach that Lisa won’t miss is poverty of time.

“There is a lot of time on the phone, a lot of talking, a lot of emotional energy that you have to use, and that takes away from your family life.”

However, don’t expect to see the former teacher rest on her laurels in the years ahead. While she isn’t interested in politics, Lisa believes she still has much to offer.

“I still feel young enough to keep going in the coaching area, whether that’s in netball or another sport. I’m also very interested in leadership, so hopefully the lessons that I’ve learned in the past eight years can help other people to be the best that they can be.”

While her future career is still unknown, and her tenure as Diamonds’ coach is ending, reflection will show that Lisa is one of the greats of the game. As a highly decorated coach, a leader and mentor, she has indelibly stamped her footprints on the Australian sporting landscape. 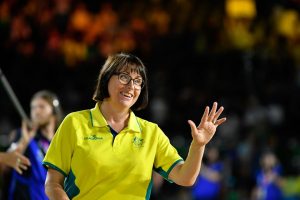