As most international professional netball leagues are reaching the end of their regular season, it is the perfect opportunity to reflect on the oyster that keeps giving the finest pearl worthy athlete. Once again Africa seems to be a prominent force through professional netball. While the struggle for resources within the continent in terms of netball is well known within the community, these athletes take to the world stage to not just develop their crafts but to make a career out of playing netball which is very rare within the continent.

The Suncorp Super Netball League in Australia has proven to probably be the most competitive league in the world currently. They host some of the most talented African netballers in Mwai Kumwenda and Lenize Potgieter. These stars have both proven to be the stalwarts in the shooting end for their teams this year and keeping their finals and premiership hopes alive.

Kumwenda currently sits in the top twelve Nissan Net Points players in the entire league, while also sitting third for most goals scored this season. After much controversy over the last few years with her selection in the Malawi Queens side, the deadly accurate goal shooter has been selected in the current squad and could once again create many headaches for the top five teams in the circle as she did four years ago at the Commonwealth Games in 2018.

In the Northern hemisphere, in the United Kingdom, the African ladies have led from the front. As the regular season of the Vitality Netball Super League has drawn to a close, Peace Proscovia and Phumza Maweni were named in the all-star team of the season at opposite ends of the court after returning from Suncorp last year.

The likes of Towera Vinkhumbo who topped the intercept charts has had another stellar season after being named in Netball Scoop’s Top Netball Players of the Year, 2021. The South African ladies have shown tremendous growth over this season, all proving to be vital parts in their teams. Shadine van der Merve, Lefébre Rademan, Ine-Marí Venter and Sigi Burger have pretty much secured their ticket to Birmingham this season.

Which brings us to the top league on the continent, the Telkom Netball League hosted by South Africa. This year has been a year like no other for netball in South Africa as it stands. The amount of talent coming out of the domestic league has left netball fans across the country in pure ecstasy as to the possibilities this brings for Netball South Africa in the coming years.

From the fossils to the new blood, players have been putting their hand up to take the league to the next level. For the first time in the first division, we have seen an all black starting frontline being at the top of the leaderboard. Owethu Ngubane (GS), Nomfundo Ngomezulu (GA), Bongiwe Msomi (WA) and Tarle Mathe (C), part of the current starting seven for the Gauteng Goldern Fireballs, seem close to making league history for their club. The youthful side have taken on some of the best the country has to offer in the likes of Khanyisa Chawane, Elmere van der Berg, Nicole Taljaard, Izette Griesel and Tshina Mdau, but have still gone unbeaten. 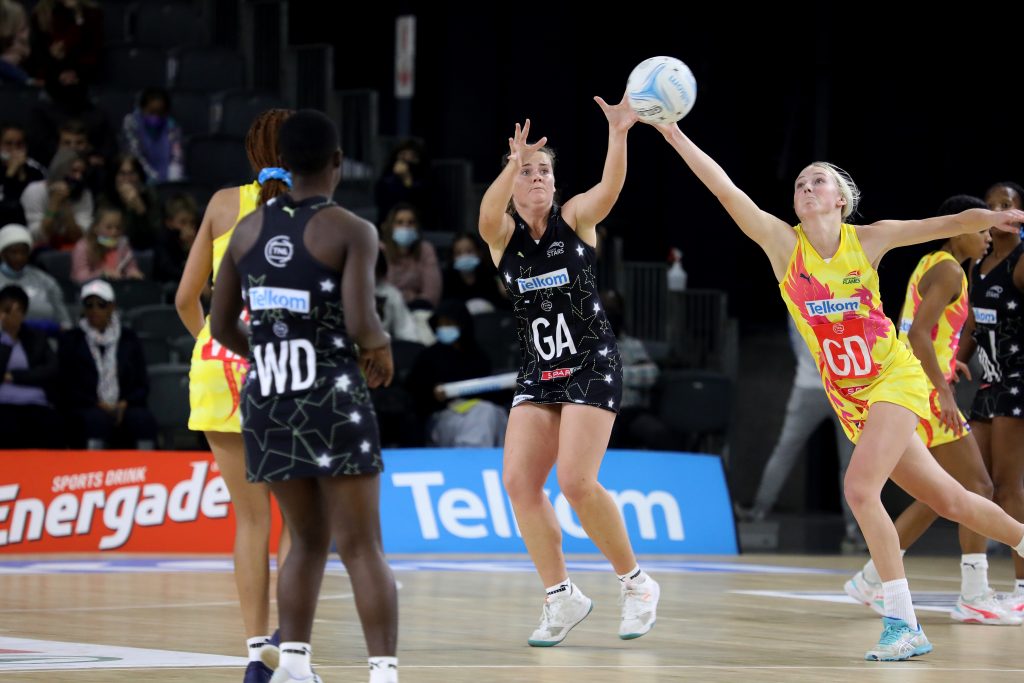 Renske Stoltz in action in the Telkom League

It can, however, not go unmentioned that there is a rising star down in the Western Cape by the name of Syntiche Kabuya (GK). The second year Stellenbosch University student has had an outstanding breakout debut season, taking various player of the match awards, league team of the week spots and getting the better of her shooters most of the time despite their experience or quality.

A few other youngsters to not go unmentioned this season are the young Spar Protea Kamogelo Maseko at GA, Pheladi Mametja in defence who has wriggled her way into the starting seven for the Free State Crinums and finally, Jamie van Wyk. The young defender made her debut for the Protea side last spring at the African Games and since then has proven to be one of the best the country has to offer.

As we draw closer to the Commonwealth Games, African team announcements linger close – with the full contracted Proteas squad announced this week and the team announcement promised to be ‘soon’. 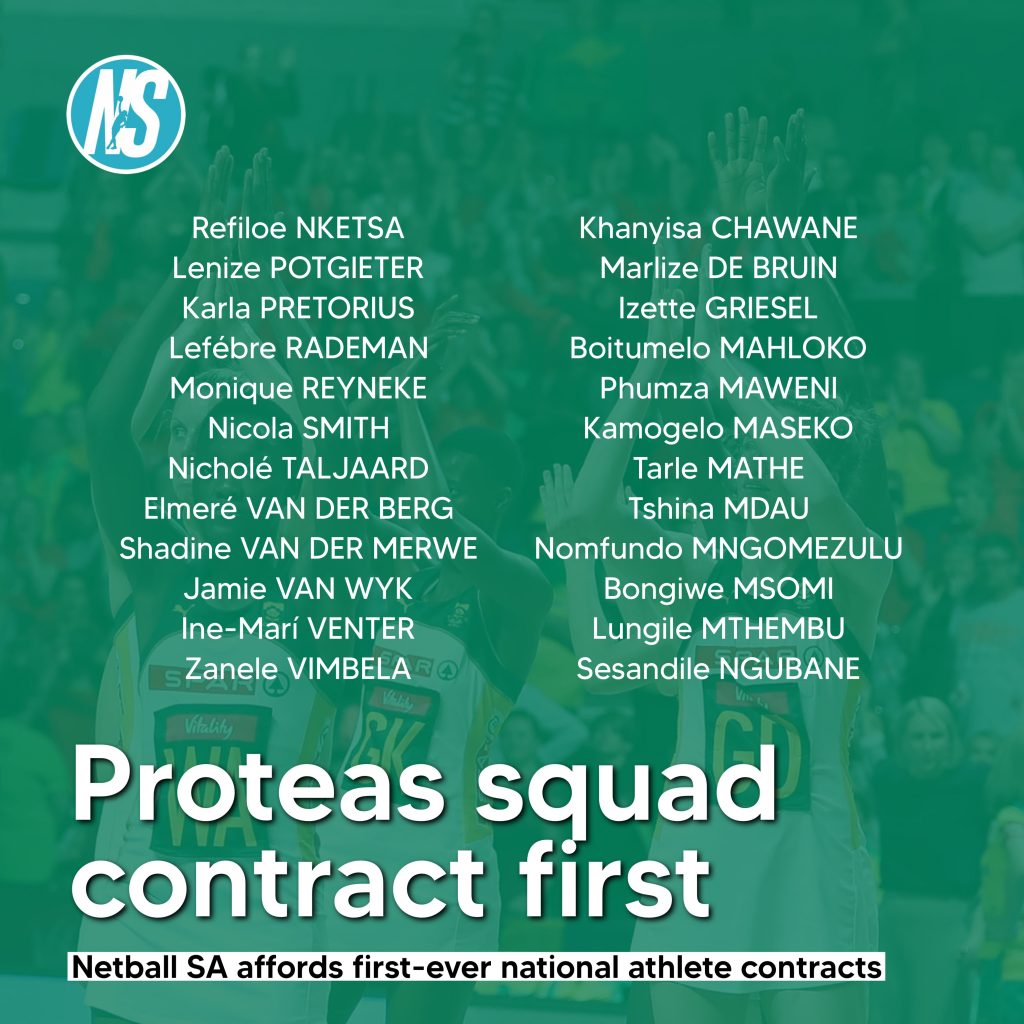 Over the last few weeks, the Spar Protea squad, made up of players pulled up from TNL teams have taken on the SA male squad in practice matches open to the public. With the male team taking all the wins so far, the margins, however, have been very close.

The ladies have stepped up and from the outside it seems like there is a fire in the Protea squad this year. Your only hope could be that this year, South Africa, and the African continent really take it to the top nations and even hopefully come away with a medal at Birmingham 2022. It must be known that Africa has never left and is on their way to the very top.