NetSetGo Ambassador, Sasha Glasgow, is onboard with Woolworths latest grant program, Pick Fresh Play Fresh, where netball clubs and associations can share in $100,000 worth of grants towards facility improvements, equipment and even training programs. Head to pickfreshplayfresh.netball.com.au/grants to apply for your club now.

West Coast Fever goaler Sasha Glasgow grew up in Moonta, located on the Yorke Peninsula in South Australia, and the 23-year-old now calls Perth home. When she started playing netball for Kadina Netball Club at just five years old, she never imagined that one day she would be playing elite sport in the best netball competition in the world.

Glasgow has a grassroots story that is not too dissimilar to one shared by many netballers, and recalls her journey with her first netball club as an important stepping stone in her career. It was a time in her life when she was learning the craft of the game, making new friends and of course, waking up early on those cold Saturday mornings.

“I just remember being so excited to play, I was still very young, but they needed help filling numbers. I remember getting out on court, touching the netball, passing and just really enjoying it. That moment sparked my love [for the sport] and I looked forward to every cold Saturday morning being able to put on my little tartan skirt and shirt and play netball with my sister.” 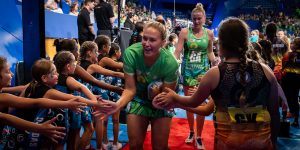 It is because of those fond memories that Glasgow is excited to be involved with Woolworths and their Pick Fresh Play Fresh grants program which supports grass roots netball across Australia. With $100,000 available, this program is an extension of Woolworths’ netball junior participation program, NetSetGO – a program for girls and boys aged 5 – 10, which aims to improve the health and well-being of Aussie kids through netball.

Hoping that other young netballers can enjoy the game the same way she did growing up, Glasgow understands the importance of getting young children involved in the sport at an early age, and the impact this grant can have on clubs and associations. A total of 15 grants will be on offer as part of the program, designed to assist with initiatives including facility improvements, equipment and training programs as Woolworths aims to inspire kids across Australia make healthy choices so they can play at their best. 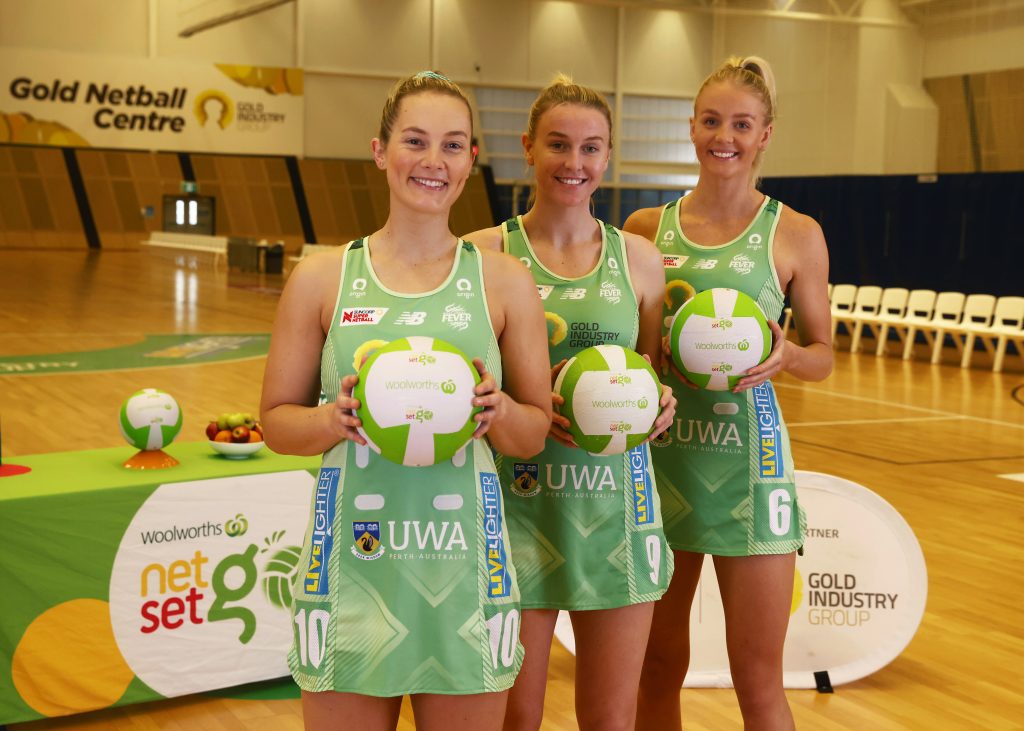 Glasgow said, “I grew up in the country and so I know how important it is to have those grants. To have good facilities and equipment to be able to play netball is so important. These grants are so beneficial for smaller associations – they really do help so much, and the money can go such a long way. I think with new equipment comes great inspiration to play your best and it is something that the kids will appreciate.”

Part of why Glasgow is so keen for young children to start their netball journey early, is because she knows first hand of the friendships and connections that can be made through the sport, and just how important those friendships can be later in life. Growing up in a tight-knit town meant that through netball Glasgow was able to meet the kids she would be at school with, and having netball in common was a way to start building the friendships that she will always be grateful for.

“One of my best friends of 18 years I started my netball journey with, we have known each other since we were four years old. We were so lucky to be able to play netball together and have so much fun. It always felt like I had an abundance of friends playing netball. I don’t know if that would have been the same had I not had a go at junior netball.” 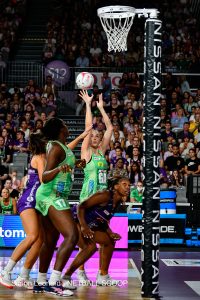 For Glasgow, netball has been a constant in her life. It has been there through the good times and the very bad times. She has been candid with the struggles she has faced with her mental health, overcoming an eating disorder and numerous injuries – including a knee reconstruction in 2019 – hoping that her journey might be able to help others. Now on the other side, Glasgow is grateful for all that netball has given her, both professionally and personally and is eternally grateful that she did not give the sport away. She shared her mental health struggles in a piece written for Exclusive Insight which can be found on our forum.

Moving to Perth and signing with the West Coast Fever in 2020 has given Glasgow a new exuberance in life and she has settled into the west with ease.

“I am so glad that I continued to pursue netball, I think it saved me in a lot of ways. It kept me inspired and now when I think about the friendships I have made since moving to Perth, it [netball] has given me the opportunity to live in a different state. I have been able to find that love and fun again in netball, even playing at the highest level. Every time I step out on court I have so much fun, I love it and I enjoy it. It really did save me.

“I dove headfirst into netball [in Perth] and made an effort with my teammates, which has always been the most special thing about netball. You are never alone, and you always have a friend.” 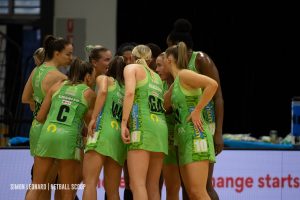 Sasha Glasgow has immersed herself at the West Coast Fever over the last few seasons. Image: Simon Leonard

West Coast Fever have secured second spot on the 2022 Super Netball ladder, and they will fight it out with the minor premiers, the Melbourne Vixens, in two weeks to see which team will head straight into the Grand Final. In the last round of the regular season Glasgow will suit up against her former team, the Adelaide Thunderbirds, and former teammate Shamera Stirling, who is in carer best form. It will be a battle in the goal circle with Glasgow knowing she will need to be at her crafty best to beat the defender, who has developed a formidable combination with fellow Jamaican, Latanya Wilson.

“Having the pleasure of once playing on the same team as Shamera and now having the tough job of playing against her, I think we need to try and disconnect that [defensive] end. I need to make sure I do my job, make good choices with ball placement and on our shots as well, as they are incredibly athletic and amazing on the rejection of shot. I will need to use all my tools this week to make sure I can get the job done.”

With the Western Australia Government securing the rights to the Super Netball Grand Final earlier this month, if the West Coast Fever can make their way to the big dance and manage to win, it will be the club’s maiden premiership in the league.

Woolworths continuous support for grassroots netball over the past five years has seen them donate over $1.1 million to more than 285 netball clubs across Australia.