The Sunshine Coast Lightning hosted the West Coast Fever at USC Stadium on Friday evening for a tantalizing pre-season match. Both sides tinkered with interesting lineups, intense defence and, for the Lightning, a surprise attacker. All of this had the local, members-only crowd chomping at the bit for a ‘real’ game day.

Fresh from the West Coast, the Fever arrived at USC looking strong, fiery and switch-heavy on the defence. The three month netball break hasn’t seen Fever captain Courtney Bruce lose a step defensively. But mid-court marshall, Verity Charles played the standout for West Coast, dominating and stabilising the mid-court at every opportunity for a Fever side that came out determined to be aggressive, active and communicative. 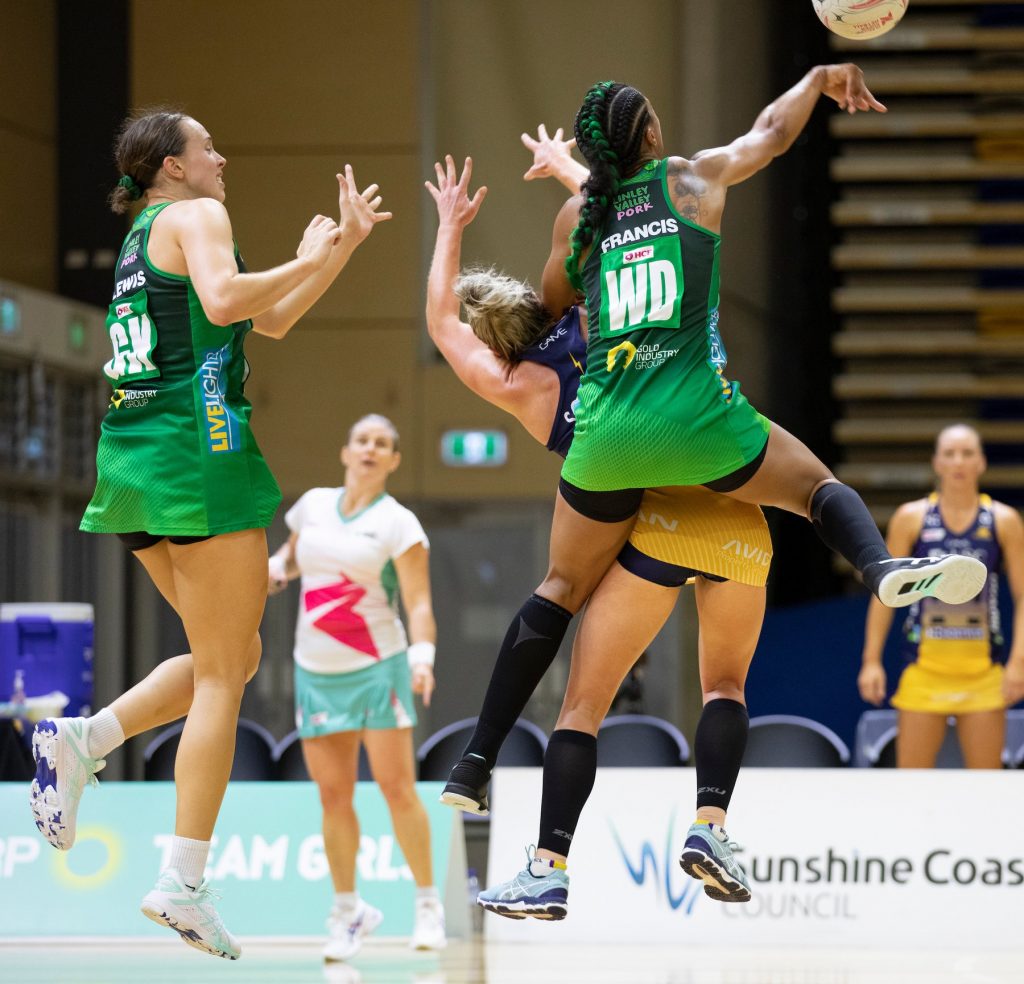 With Steph Wood sidelined, the Lightning turned to Peace Proscovia and Cara Koenen to run the attack. Both looked really strong, albeit a little awkward. With the Fever’s physicality, the Lightning saw Proscovia and Koenen switching their roles in a bid to dig deeper into the post; something that was mostly effective but sometimes nullified by Bruce’s ability to hunt and contest the lob. It took a few possessions, but the Lightning looked at home once Proscovia held tough at the post and trusted Koenen and her midcourt to deliver the ball. 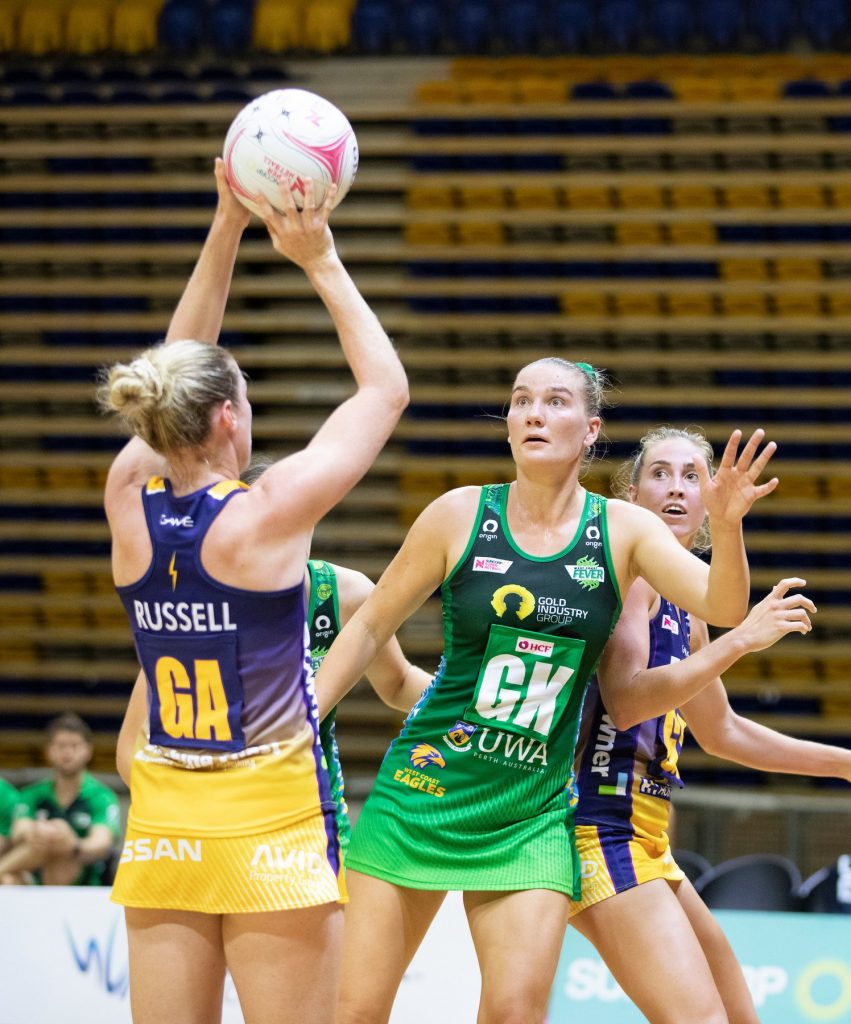 Will Jacqui Russell be a feature in the circle in the 2020 season? Photo courtesy of Sunshine Coast Lightning | Barry Alsop, Eyes Wide Open Images

A fan favourite but mostly wing defence, Russell ran a two-pronged hyperspeed attack with Laura Scherian. Their play was a little like a frayed charger cable: sometimes it doesn’t work and your phone won’t charge and you get a little testy, but when it works it’s unstable and really electrifying.

Fever’s defensive play was physical to the point that it shook Proscovia, Koenen and Russell. Active hands and incredibly active communication saw Fever’s switches timed perfectly. Bruce’s captaincy played a key role at moments in the game; the commanding presence she provided saw her locking horns briefly with rookie Olivia Lewis but her coaching guided the youngster to several deflections. Pushed out to wing defence, Stacey Francis proved an exceptional choice with her whip-crack speed stilting a lot of the Lightning’s flow and ball movement on the offensive end.

Settling that midcourt for the Lightning was Laura Langman who still refused to lose a step. Langman provided a guiding and calming presence for everyone on the court, lending encouragement and cheers when things went well for the team. Her physicality and ability to change the direction of the play was critical in keeping the Lightning in the game and critical in providing more options offensively when the team needed to reset their plays. 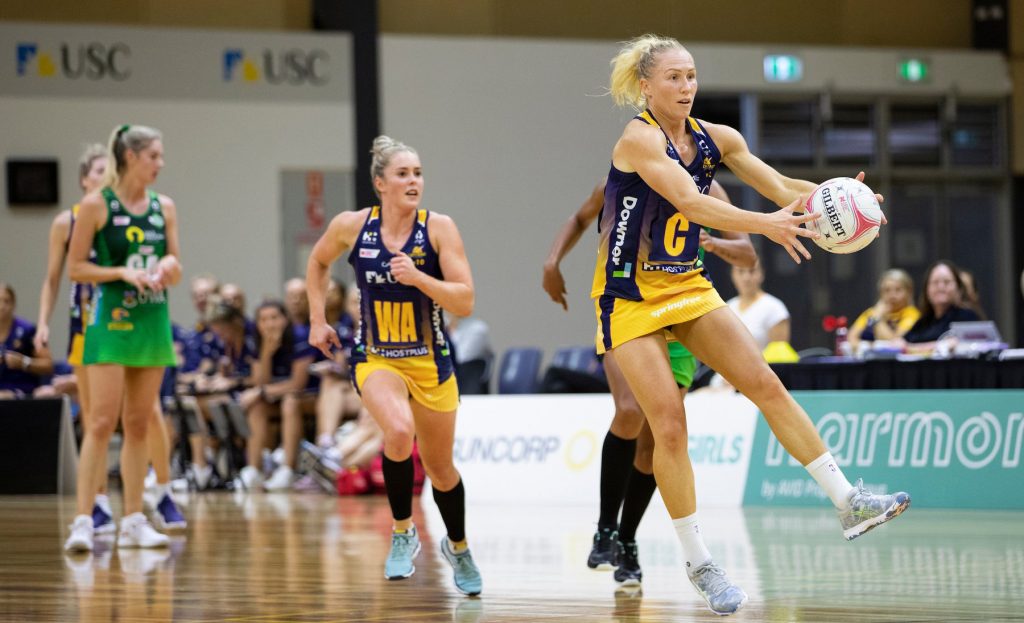 In the opposite attack end, Jamaican captain, Jhaniele Fowler was her usual calm, unflappable self with a rotating roster of training partner Emma Cosh and regular goal attack Kaylia Stanton feeding some exquisite passes. Stanton looked far more comfortable on her circle drives and passing vision than she has previously and Cosh had some great, beautifully weighted passes and timing to each of her lobs into the Jamaican shooter. Fever midcourters Ingrid Colyer and Jess Anstiss also contributed to the flurry of passing to the dominant shooter.

Defensively, the Lightning played it with the usual pairing of Phumza Maweni and Karla Pretorius who both looked just as good as ever. While their efforts mostly thwarted by the Fever’s controlled attack, Maweni never backed down on her aerial contests with Fowler. And, for her part, Pretorius was hungry for intercepts and maintained active hands as she darted around the circle setting screens on her incoming attackers. The pair played a smart game of slacking back and doubling Fowler and daring Cosh and Stanton to make their shots. The tactic proved effective when their attempts deflected off the rim and were snaffled by waiting defensive hands

Fever coach Stacey Marinkovich toyed with the rolling subs as well which didn’t upset the flow of the Fever as they closed the game out. The Fever’s intensity across the board in the final few minutes was key to their success in securing them the win as the Lightning attack was utterly stifled by physical and fast defensive efforts; clogged passing lanes and one-on-one defence. 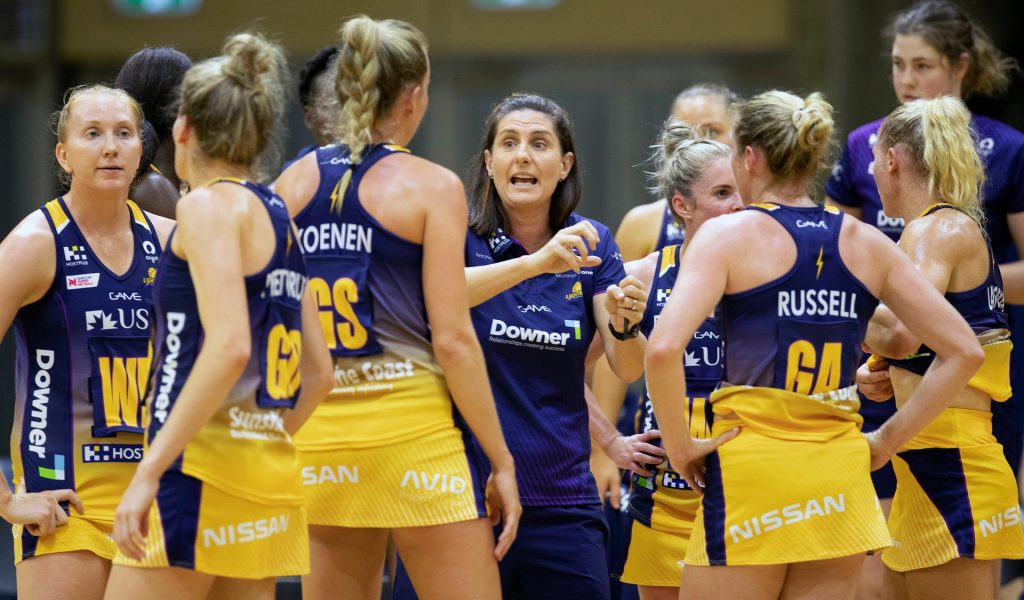 After it was all said and done, it was an exciting showcase for both sides on Friday night. The Lightning and the Fever all had their fair share of ups and downs. If you’re a Fever fan watching this game you’ve got to be happy with the direction they look to be going in. If you’re a Lightning fan, everything is gravy; the team looks just as good as it has in years past and once Steph Wood steps back onto the court you can expect the consistency they’ve brought since the league inception.

About the Author: Nick Bleeker