For the first time ever, Suncorp Super Netball is heading to Mackay with the Queensland Firebirds set to take on the Collingwood Magpies in a preseason doubleheader on the 10th and 11th of February.

Mackay Netball life member and board member, Lyn Law, said it was a fantastic result, years in the making.

“We have waited a darn long time and have never quite got it across the line. But to finally have the Birdies here in Mackay, playing on our home court, is unbelievable.”

Queensland Firebirds General Manager, Demelza Fellowes said the Firebirds were excited to take their brand of netball to regional Queensland.

“It is the first time we have brought Suncorp Super Netball up to Mackay and we are really pumped to get amongst the Mackay crowd. Often, we do these regional tours that are more about kids and clinics, but they don’t get to see some of the brilliant netball that we can display.

“This is also the first time that we will have our full squad together on court. We have some new talent and a new import in Eboni Beckford-Chambers from the UK. And of course, we will have Gretel Bueta, the Player of the Series from the recent UK Quad Series.

“We hope to see a packed stadium for a couple of nights and on behalf of Netball Queensland, we want to thank Mackay Regional Council for partnering with us and for hosting us and, of course, Mackay Netball Association for putting all their hands in the pot to bring these two matches and Suncorp Super Netball to Mackay.” 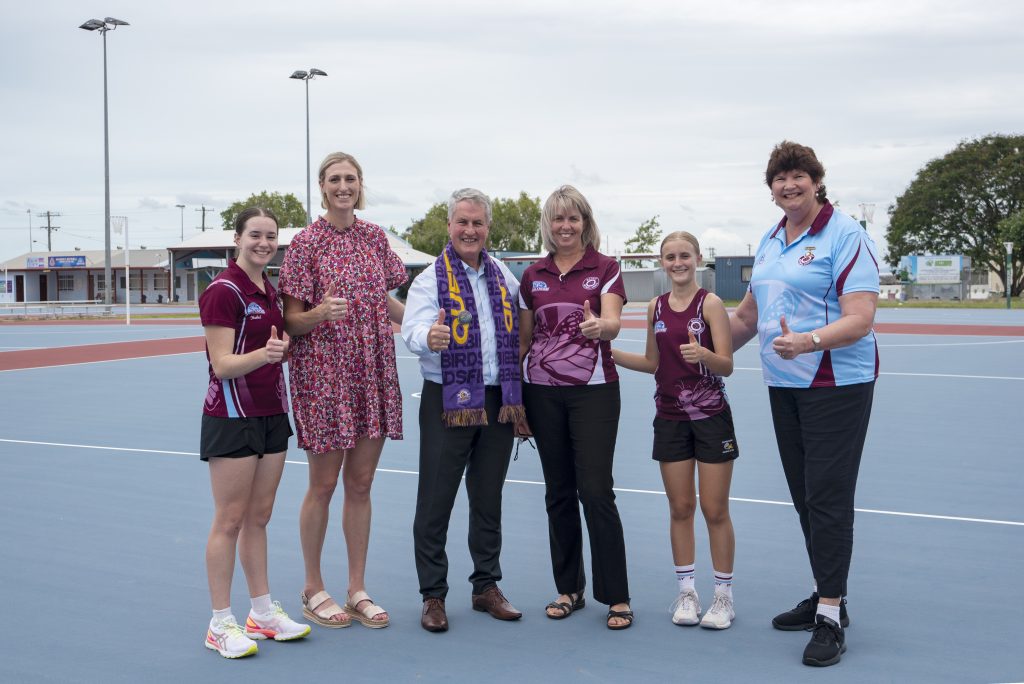 “How good is this? We had a top year last year in hosting elite sport and we are kicking off 2022 with another first: The first ever Suncorp Super Netball match in Mackay. We are extremely excited. This is going to be a great start for the year to have the Battle of the Birds.  And To have Collingwood come up and take on our Queensland team … but we know who is going to win!”

For the teams, this is a chance to build connections ahead of a hotly contested 2022 season.

Fellowes explains, “We won’t be holding back. Pre-season is a very short time to get the girls ready. Of course, we have the Team Girls Cup coming up at the end of February, but these earlier matches are an opportunity to gauge where we are at. So, we will be bringing the Firebirds brand.

“There will also be the excitement of seeing some of the new debutants in the squad. We have Queensland girls, Mia Stower and Ruby Bakewell-Doran who have been elevated into the teams this year, so it is first time for them to put their wares out in front of everybody. We want to see these combinations come to life: Eboni onto the court, that midcourt combination as it grows.

And of course, for Collingwood there are people like Ash Brazill, Shimona Nelson, Geva Mentor … all these incredible players. It is going to be pretty amazing. And, let me tell you, there is no time in the preseason to muck around.

Our coach, Megan Anderson, will not be taking any steps backwards because we want that championship in 2022.”

The Firebirds and Magpies training partners will likely be travelling with the sides and may take the court at some point across the matches.

“We may not bring all our training partners just because of the scheduling,” said Fellowes. But there will definitely be some of them on the court and again, some during the Team Girls Cup and some other preseason matches. They are in great form and are pushing our contracted players really hard. We are one of the clubs who elevates training partners the most, so I am looking forward to seeing them in action. And, I dare say you will see quite a few of the Collingwood training partners on the court as well.” 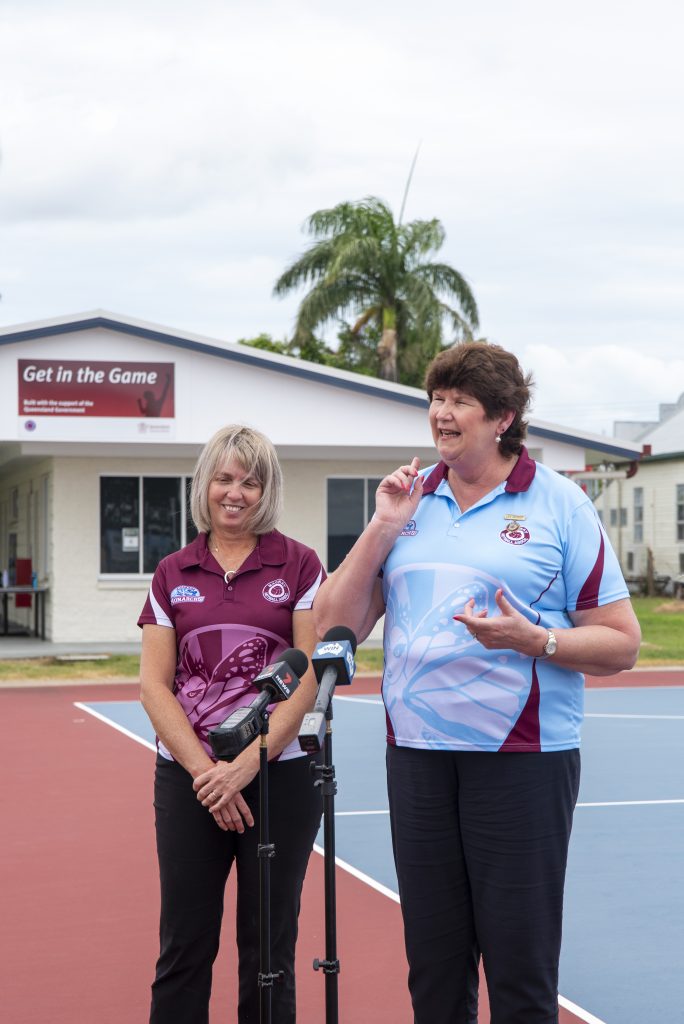 For the Mackay community, this is more than just a rare opportunity to see these elite athletes up close. While in the ‘sugar city’, the Firebirds will be hosting several clinics, which Law explains are valuable for aspiring athletes in their pursuit for places in the top echelons of the sport.

“It is a great development opportunity with the clinics. There will be opportunities for our umpires, our coaches, our players and even the bench people. That is the spin-off when you bring calibre like the Firebirds to town. And, to have them playing on our home courts is unbelievable.

“It is really vital for young players to be able to look, touch, feel and see what an elite competition looks like. So be able to touch and talk to their heroes and to see the pathways that we have now in place through Mackay’s association and competition, then going through the Ruby and Sapphire Series and then on to the Super Netball level is great.

“It’s not just for the players. We also have some up-and-coming umpires and coaches. So it is vital to the progression of the sport. 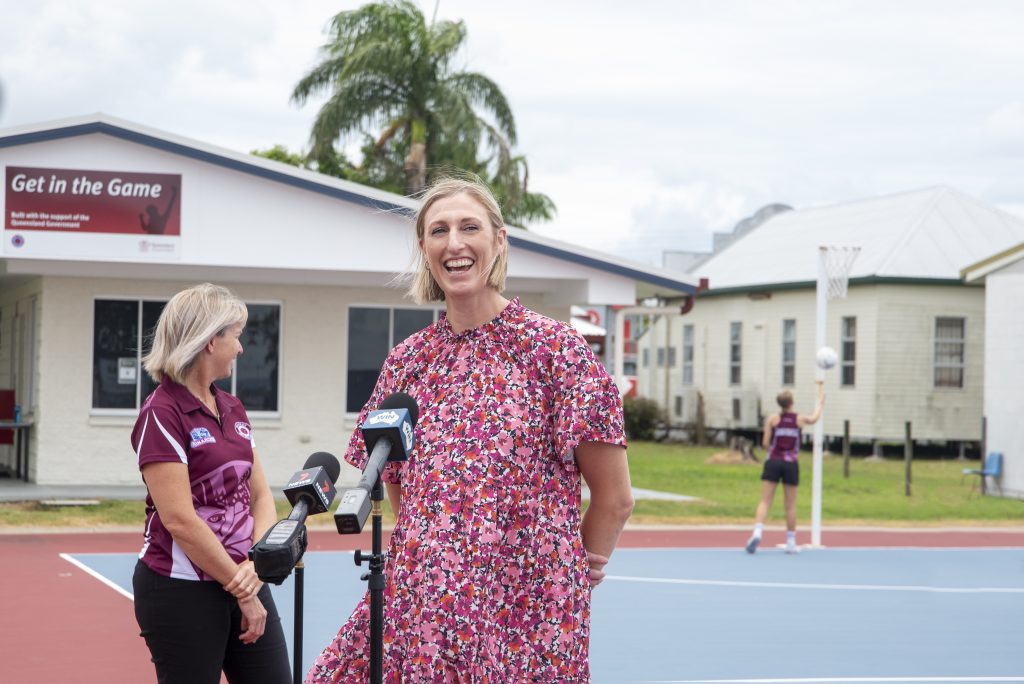 All going well, this won’t be the last time we see elite netball in Mackay, with Netball Queensland hoping to make it a regular stop on their schedule.

“We love to play in the regions,” Fellowes said, “Previously, we have played in Townsville and so forth. It is an ongoing conversation to see how this venue, in Mackay, can host that standard of quality game. Obviously, there are specifications and venues need to be able to deliver on that. But, it is so important for us to get out to the regions, and it is so much more accessible these days. You have a wonderful airport, and there is so much more accommodation and other things which can help bring forth a quality event. So, there is no real reason why we can’t make it a regular opportunity to bring a pool fixture up here as well.

“My intent, from our department, is that we can keep bringing the games up to regional Queensland as much as we can. We wouldn’t have been able to do it without the support of Mackay Regional Council and Mackay Netball Association.”

Get your Tickets Now.

Tickets are now available but are limited. And, stay tuned to the Mackay Netball Association and Queensland Firebirds social media channels for updates on the clinics. 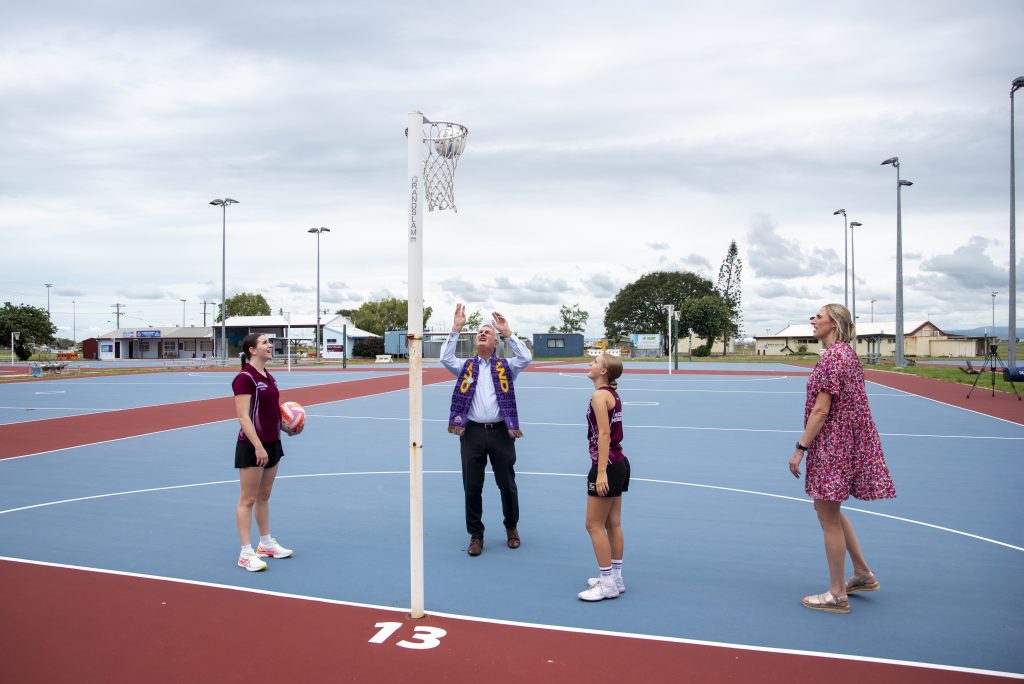 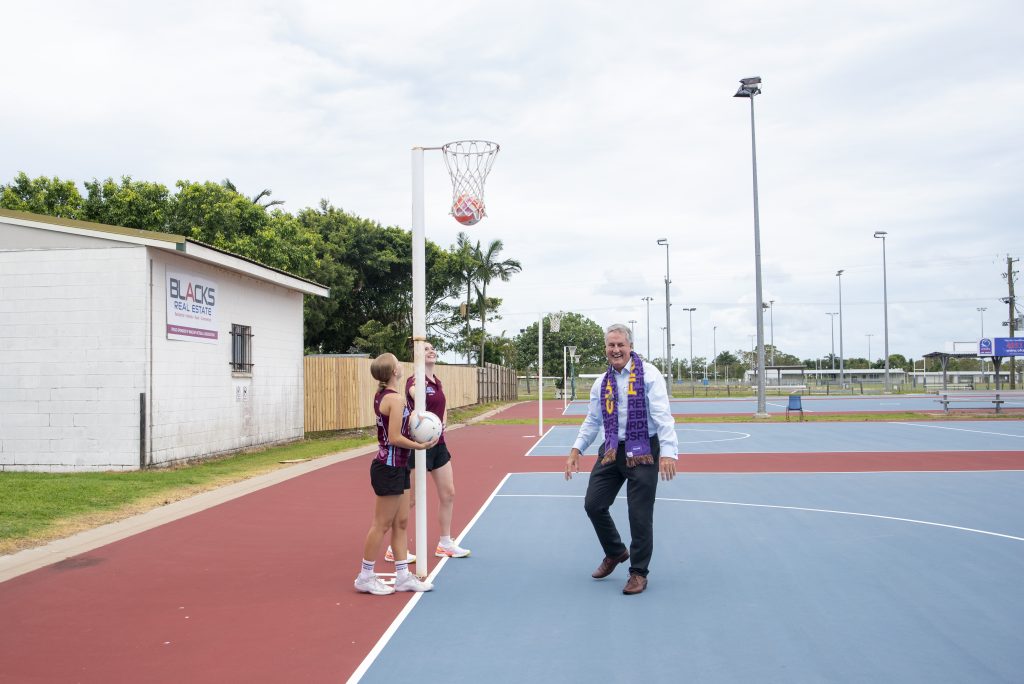 Look at Gretel Bueta! He may take your place on court. Image: Deb Gorton