“The Sleeping Giant Snoring and Slumbering?”

Africa has become the metaphorical “Sleeping Giant” of netball over the past few years. And worthily so for a number of reasons:

Despite all the growth in netball play and competitiveness that the world has witnessed from Africa recently, much more is asked of the continent if we wish to see an African nation crowned as World Champions. What has proved to be incredibly important in competing on the big stage, is getting players to play at a professional level, where they can leave their day jobs and play netball full time for a salary – it is a big ask of the colourful continent.

Thus, African stars have their sights set on leagues such as Australia’s Suncorp Super Netball (SSN) league, the UK’s Vitality Super Netball League (Vitality) or New Zealand’s ANZ Premiership (ANZ), where they can play the sport they love fulltime and earn an income. SSN is known to be the most competitive of the three, with the world’s best netballers usually opting to ply their trade in that part of the world. There were never many African players in SSN, but recently that number started to dwindle. 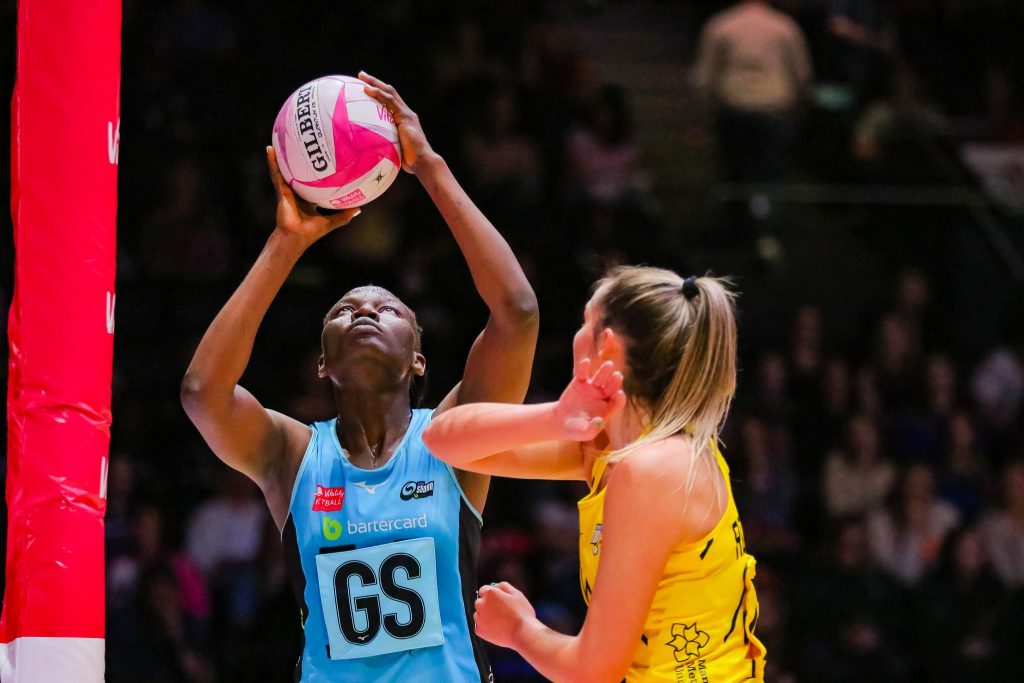 African players such as Phumza Maweni, Proscovia Peace, Ine-Marie Venter and Shadine Van der Merwe are all back in Vitality where they first started professionally, after leaving SSN. South African star Karla Pretorius still holds a high role at Sunshine Coast Lightning even though she is on pregnancy leave, Mwai Kumwenda seems to have become the backbone of the Melbourne Vixens attack looking never to leave, and Lenize Potgieter at the Thunderbirds is still holding on even though her court time seems to be limited relative to the competition’s other strong holding shooters.

This does beg the question, where are the African netballers heading to? Nowhere. If they are not in Vitality, they play domestically and have to wait for the next international test match. So, is the “sleeping giant” snoring?

The African governments have to start coming to the party by showing and giving more investment in netball if they want to be world champions. We need more netball courts, we need more netball competitions. Most of the support and sponsorships to the netball community in South Africa especially, come from private corporations like Spar, Telkom and Puma. There is absolutely no lack of talent from the African players.

The last three consecutive World Cup Player-of-the-Tournament awards all went to Africans! Erin Burger from South Africa in 2011, Mwai Kumwenda the Malawian in 2015 and Karla Pretorius from South Africa in 2019 and I can almost feel the next one will probably go to another African. How do these players achieve these big awards? They play in the big leagues all year round. Before retiring Erin Burger played for the Firebirds in SSN. Both Kumwenda and Pretorius are still SSN players. 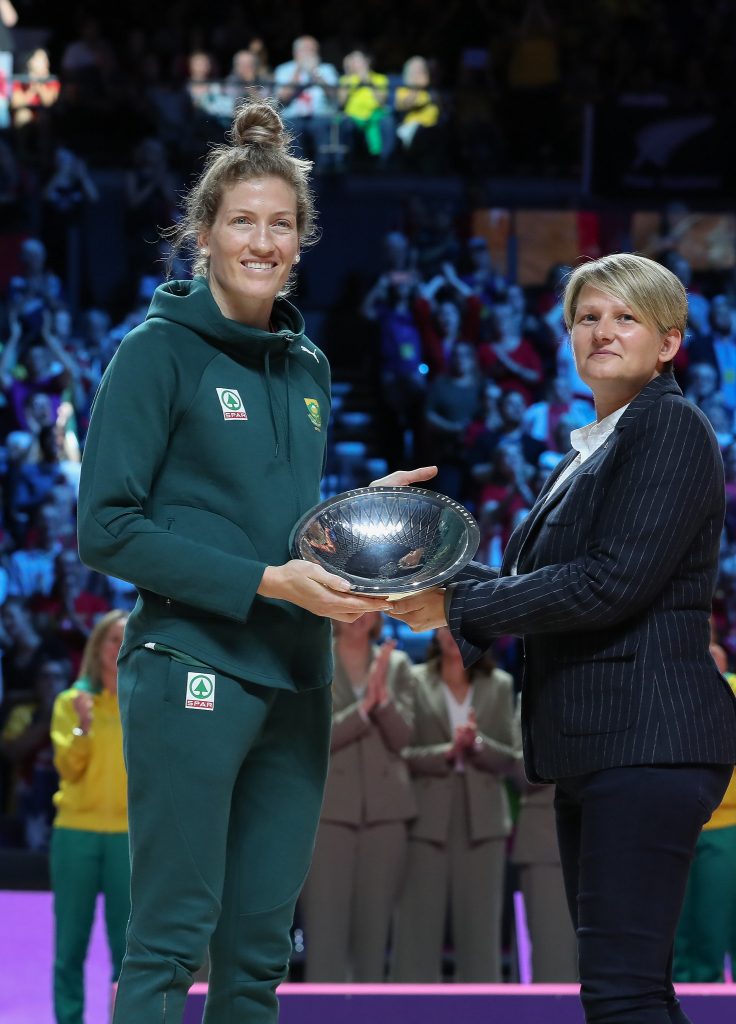 Karla Pretorius received Player of the Tournament at the 2019 Netball World Cup. Image: May Bailey

It is sad to note that African countries are unable to promote new talent effectively, and suffer extreme losses when the Erin Burgers retire just because there are no African platforms for exposure of new talent.  Australia’s can easily pump out new talent like Thunderbirds 18-year-old shooting sensation Georgie Horjus. Where will she be in the next year? Let me tell you, probably ready for a Quad Series, or moreover, up for 2023 Origin Diamonds World Cup selection! Such is the depth and building capacity of a professional netball league.

What if we had one played on African soil? We can’t keep on losing extremely talented players to the likes of Australia, New Zealand and England. New Zealand in particular have picked up many South Africans to represent the Silver Ferns over the last two decades. Irene Van Dyk, Karin Burger and Leana de Bruin are all South African born and are either still playing for the Silver Ferns, or have retired from there.

A player to keep a watchful eye on is Mwai Kumwenda. She has been absent from the Malawi Queens side for quite a while now and it is  uncertain if we will see her take the court for her national team come the next international test match. The Queens have started looking to Manchester Thunder shooter Joyce Mvula for leadership in their shooting end – another powerhouse under the goalpost. Whether Kumwenda will play for her national team again is one thing, but had the opportunity been present in Africa, she probably would’ve stayed. 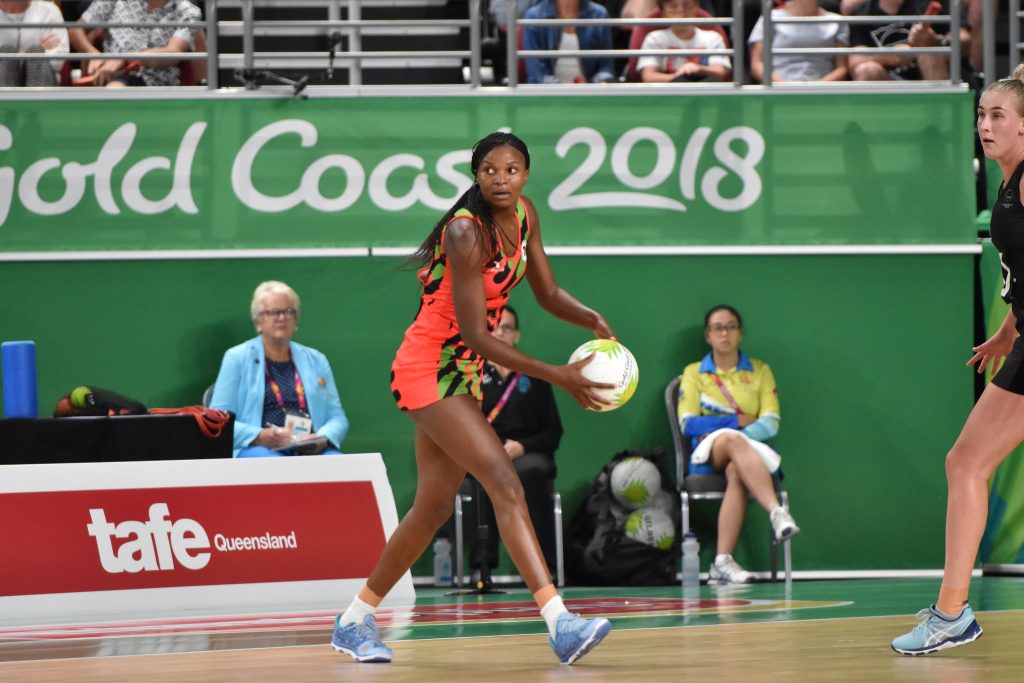 Will Mwai Kumwenda get a spot for the Malawi Queens in the 2022 Commonwealth Games? Image: Marcela Massey

Netball South Africa is likely to be the first African netball association to establish a professional league on the African continent. They have recently signed another sponsorship deal with Hollywood Bets.

“The time for us to grow the sport is here and I am extremely delighted that we are identifying the right partners to do this with. Hollywoodbets timing is on point, we are well on our way to turning the sport professional, and such partnerships are edging us a step closer to reaching our goal”, said Netball South Africa President, Cecilia Molokwane at the new sponsorship unveiling in Sandton, Johannesburg earlier this month.

This growth and development is not just evident through newly signed sponsorship deals in South Africa, but also through being able to accommodate more teams in the country’s domestic Telkom Netball League (TNL) this year. This is good because it allows for more player exposure and talent identification. The first half of the league will be played in Durban and the latter half back in Pretoria at Heartfelt Arena. The league got underway on Freedom Day in South Africa, 27 April. Cecilia Molokwane spoke about the significance of opening the league on such an historic day in the country’s history and sent a stark reminder of the role of netball in building a nation.

Currently, much of the netball focus on the African continent is on South Africa, rightfully so, with the 2023 World Cup being held in Cape Town. However, despite Cape Town winning the bid for hosting the tournament in July next year, other African netball nations are still struggling to make their mark.

For now, they can only rely on the possibility of the South African TNL turning professional and recruiting African internationals, so that their players may have a chance to be put on the big stage, not once every four years at a world cup, but all year round. 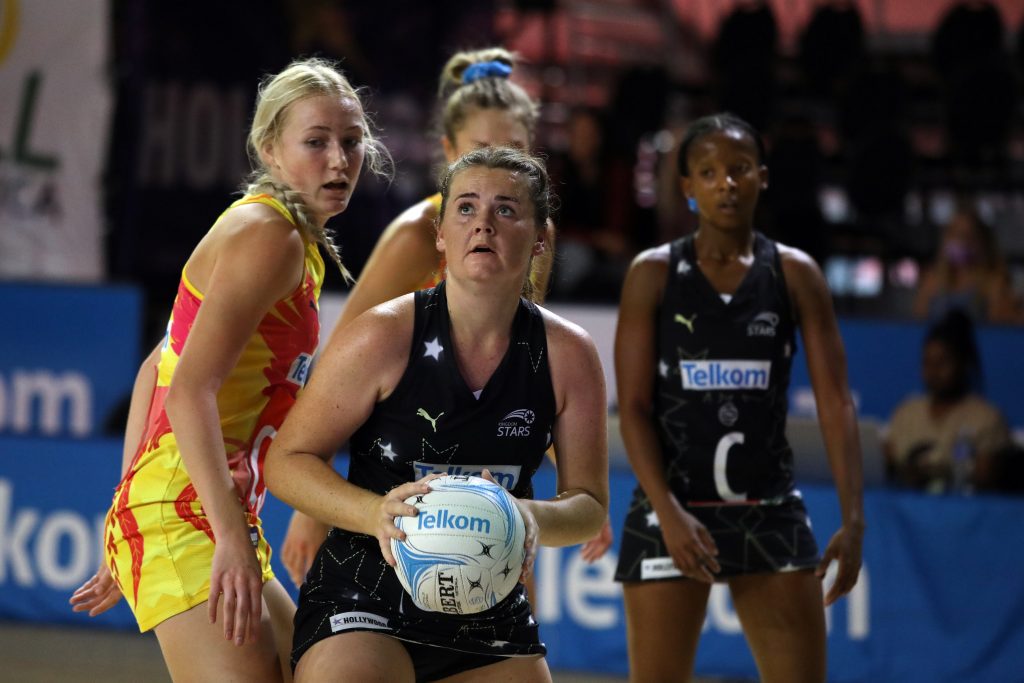 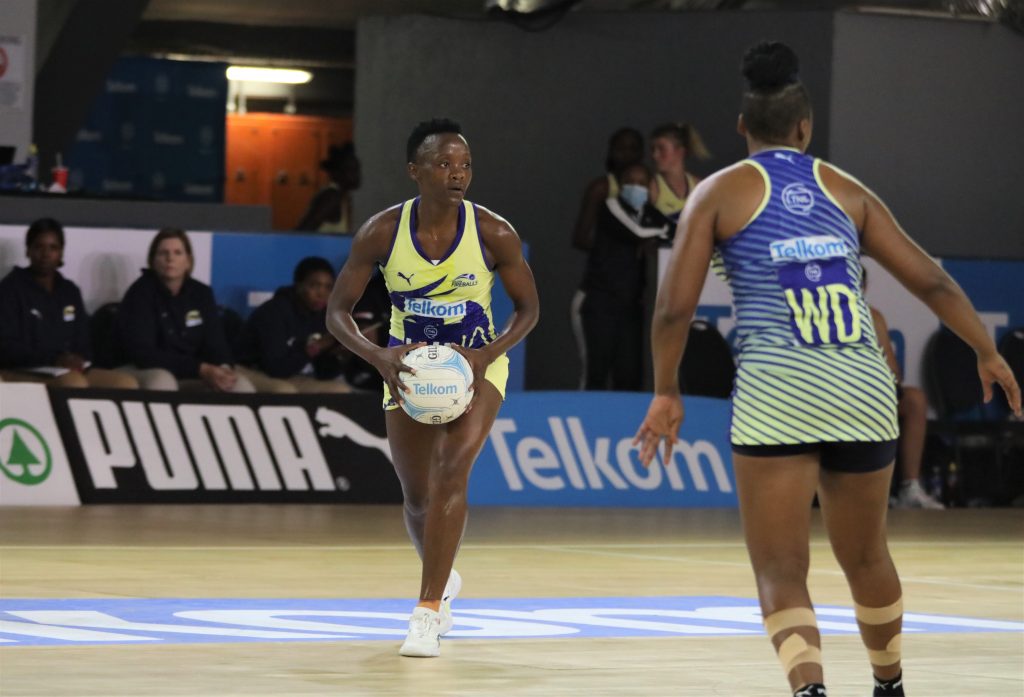 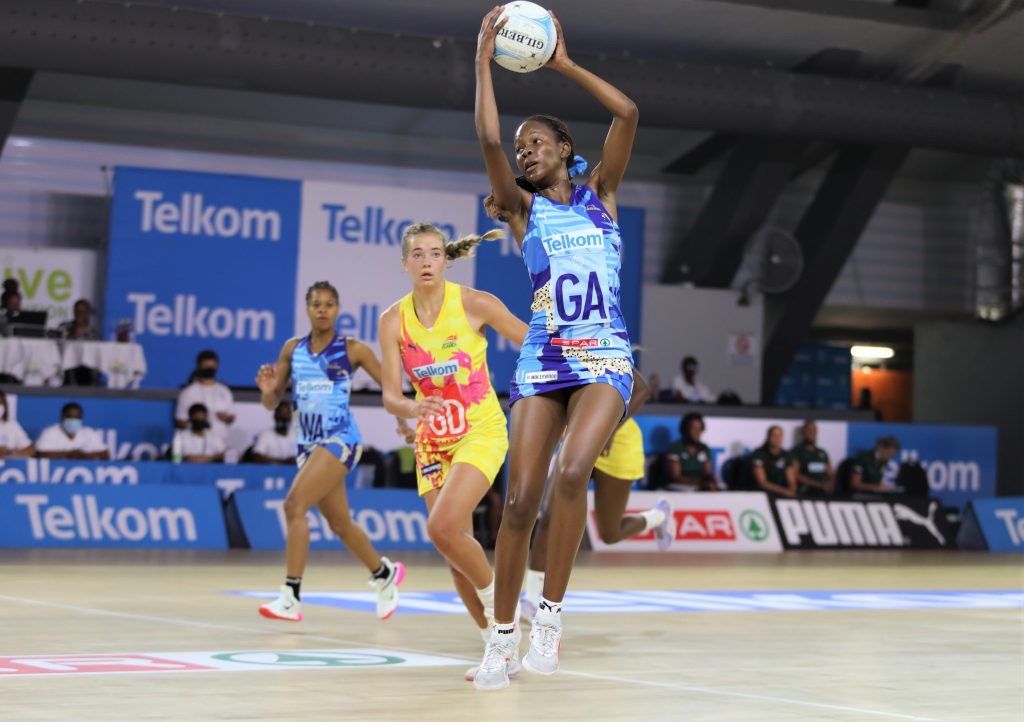 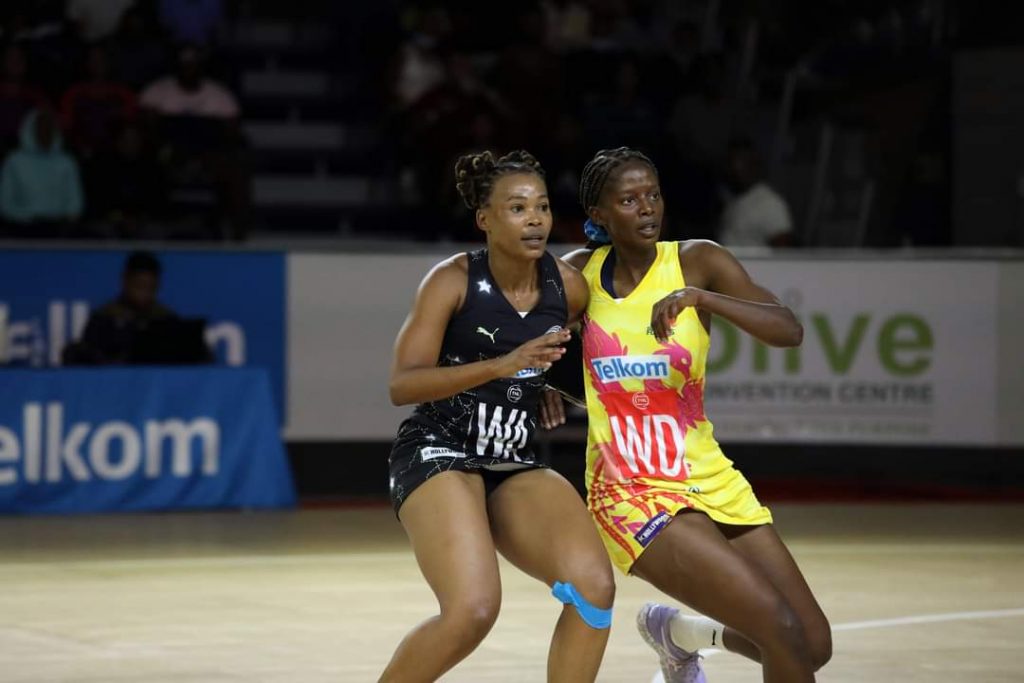 About the Author: Arnold Appolis