It’s time for the fourth edition of New Zealand’s elite netball competition, the ANZ Premiership. And it looks different. In 2020, “Super Sundays” are no more. The competition has gone from 13 rounds to 16, and there is no more doubling up with teams having to play back to back games within a few days. In fact, it’s from one extreme to the other, as round five this year consists of just one solitary game. Tactix will play Magic on Easter Sunday in the only game of the round, with the other two fixtures instead making up round 11.

This will be the first ANZ Premiership since New Zealand’s incredible World Cup win, and it will be great to see the successful Silver Ferns players back in action for their clubs. There’s no Kopua, Folau or Langman, but there’s more than enough established talent to keep fans happy; Ekenasio, Rore, Burger, Crampton, Saunders, Watson, Karaka, Mes and more. That’s not counting all the young, up and coming players such as Maddy Gordon, Mila Reuelu-Buchanan, Taneisha Fifita and Grace Nweke.

There are numerous other story lines littered throughout the competition. Can Temalisi Fakahokotau return to top form after missing all of last season with injury? What about Grace Kara, coming back from the birth of her baby? Can Maia Wilson continue on with her dominant form from the Nations Cup? Will Te Paea Selby-Rickit be the missing piece of the puzzle for Tactix? And most importantly, can Pulse breeze through and retain their crown easily or will a strong challenger emerge, capable of knocking them off their perch? If so, who is it?

Pulse is such a strong, consistent outfit that they appear to have one of the top three spots (possibly top spot) at their mercy. But it’s not an exaggeration to suggest that any two of the other five teams could conceivably join them in the play-off stage. Going into a new season, there is usually a team (or teams) that can be discounted as finals chances. But that doesn’t appear to be the case this year. There are pros and cons with all of Pulse’s rivals.

Thanks very much to RNZ reporter Bridget Tunnicliffe, for her help in providing the comments on each team and their prospects in 2020. 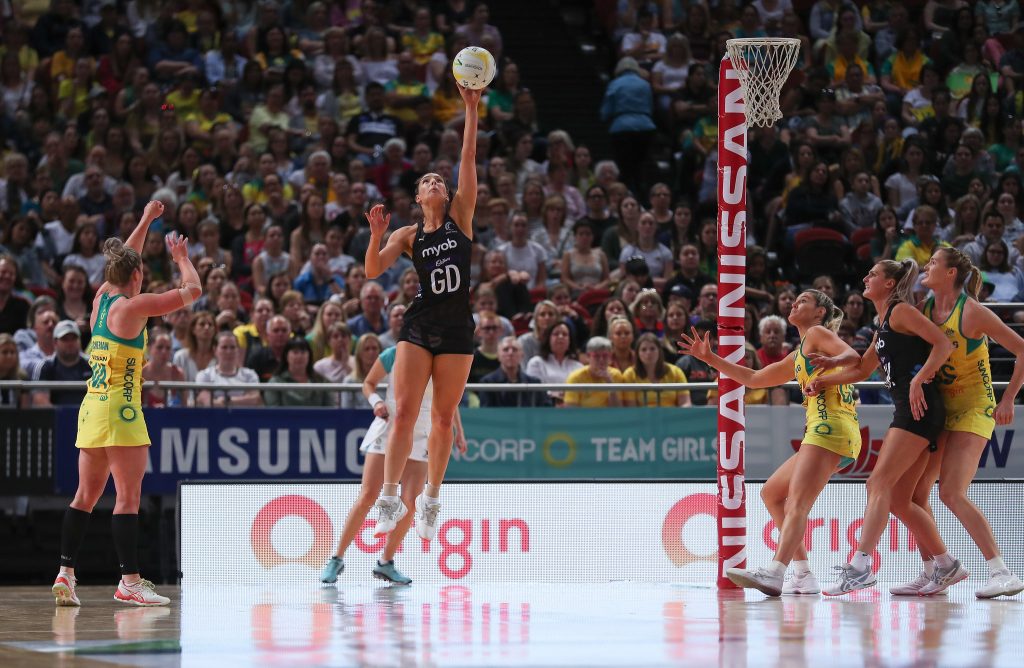 Karin Burger in action for the Silver Ferns during the 2019 Constellatio Cup. Image: May Bailey

It looks like business as usual for defending champions Pulse, who went unbeaten at the recent pre-season tournament. With only two changes in the off-season, they appear favourites for a repeat ANZ Premiership title. The defence end is stacked, with captain Katrina Rore and fellow Silver Fern Karin Burger, now joined by Kelly Jury. It will be interesting to see how the 1.92m tall Jury goes as she tries to get back on track after a frustrating run of injuries. Pulse has a powerful midcourt with the steady Claire Kersten the marshal, and Maddy Gordon the exciting youngster on the rise. Meanwhile, Aliyah Dunn and World Cup star Ameliaranne Ekenasio form an enviable shooting combination, and Tiana Metuarau is ready and waiting for an opportunity. It’s hard to spot any real weaknesses in this squad and they should certainly be right in the mix, come finals time.

The marked improvement of goal shooter Maia Wilson, culminating in her coming of age performance for the Silver Ferns at the Nations Cup in January, bodes well for the Stars. She now has two new shooting partners this year to get used to, in Jamie Hume and Julianna Naoupu. Naoupu last played at the top level in the ANZ Championship of 2014! Just how quickly the Stars’ shooting lineup settles could be the key to the team’s success or otherwise. The return of captain Grace Kara, back after the birth of her first child, adds valuable experience to the midcourt, which also features the promising Mila Reuelu-Buchanan. In defence, the Stars have signed Trinidad & Tobago international Daystar Swift as their import, while New Zealand development player Kate Burley looked in very good form at the pre-season tournament. This could well be a break out year for her. 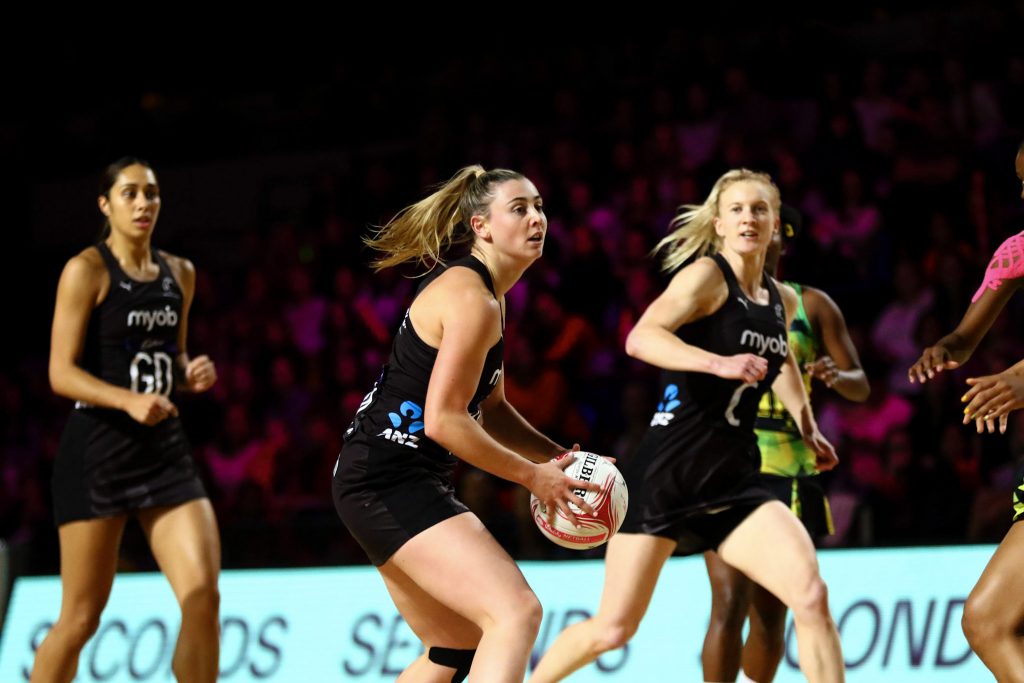 Will the ever-consistent Steel suffer a slide down the ladder this year? Their shooting end may struggle at times, without the services of Te Paea Selby-Rickit and Lenize Potgieter who have both moved on. Trinidad & Tobago import Kalifa McCollin will go some way to bringing calm to the circle however. She’s a tidy player who slotted in seamlessly at both goal attack and goal shooter in the pre-season. It’s also a big year for Jen O’Connell, who is sure to get plenty of court time at GS. In the midcourt, Silver Ferns Gina Crampton and Shannon Saunders form one of the best centre/wing attack combinations going and they will ensure the side remains competitive. New signing Taneisha Fifita will add plenty of excitement to the Steel defensive end. A point of interest this year is the arrival of shooter Georgia Heffernan to join identical twin sister and midcourter Kate, in the Steel team.

The one change in the Magic shooting end in 2020 is Australian Georgia Marshall, in the squad as injury cover for Monica Falkner. Incumbents Abigail Latu-Meafou and Kelsey McPhee, have a year under their belts now and both impressed in the pre-season. Latu-Meafou is very creative, and McPhee appears to have added more speed to her movement. It will be one of the more dynamic shooting circles. Magic has a powerful looking midcourt led by captain Sam Winders. Whitney Souness, who can wedge herself into the tightest spaces, is an excellent pick-up. Meanwhile in defence, they’ve lost Kelly Jury and legend Casey Kopua, but into the team come Erena Mikaere and Holly Fowler. Fowler may get more time at goal defence this year and this is where she could really shine. Coach Amigene Metcalfe is doing good things with this side and Magic could be a chance for the top 3. 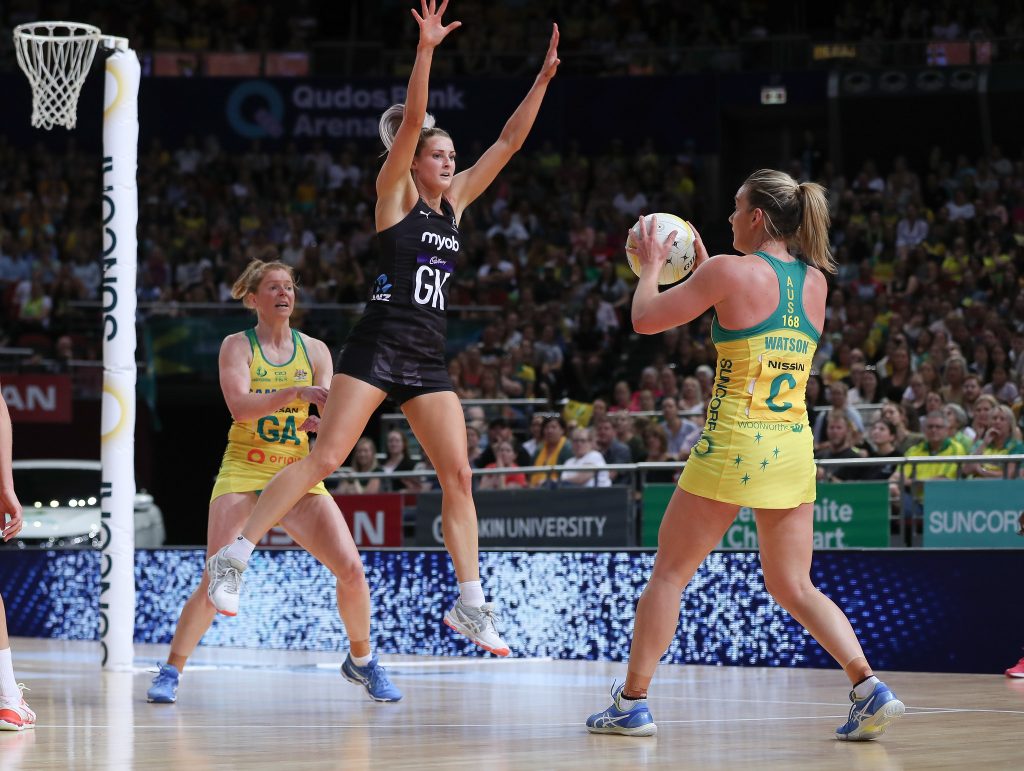 Jane Watson defends the feed during the 2019 Constellation Cup. Image: May Bailey

Finding a strong goal attack would have been a top priority for coach Marianne Delaney-Hoshek at the end of last season and she’s certainly done that with the signing of Te Paea Selby-Rickit. The Silver Fern combined well in the pre-season with goal shooter Ellie Bird, who looked more mature in her play. Tactix fans will be excited to see captain Jane Watson and Temalisi Fakahokotau pair up again. Perhaps expectations should be tempered a little with Fakahokotau. When she topped all the main defensive statistics in 2018, she was the fittest she’s ever been. Coming back from an ACL injury, there may be some work to do before she gets back to that physical shape. Erikana Pedersen is another coming back from injury and she will join Kimiora Poi in what is an exciting midcourt. Tactix impressed in the pre-season tournament, pushing the Pulse, and they are a strong top 3 prospect this year.

Mystics were wooden spooners in 2019, after an unsettled start to the season. Teenage goal shooter Grace Nweke was promoted earlier than expected, and impressed greatly. The Nweke-Bailey Mes shooting combination went from strength to strength. Coach Helene Wilson will be pleased she’s now had Nweke for a full pre-season and she will be hoping Mes is fit in time for round one. If Elisapeta Toeava and Tayla Earle can find good connections with Nweke they could have one of the strongest attacking lines in the league. Mystics were dealt a major blow in the off-season with the injury to Michaela Sokolich-Beatson. But in-form defender and captain Phoenix Karaka will still lead a strong defensive unit along with Sulu Fitzpatrick, who’s headed north from Pulse. In an encouraging sign for this year, Mystics finished second (and first of the New Zealand teams) in December’s Super Club competition. 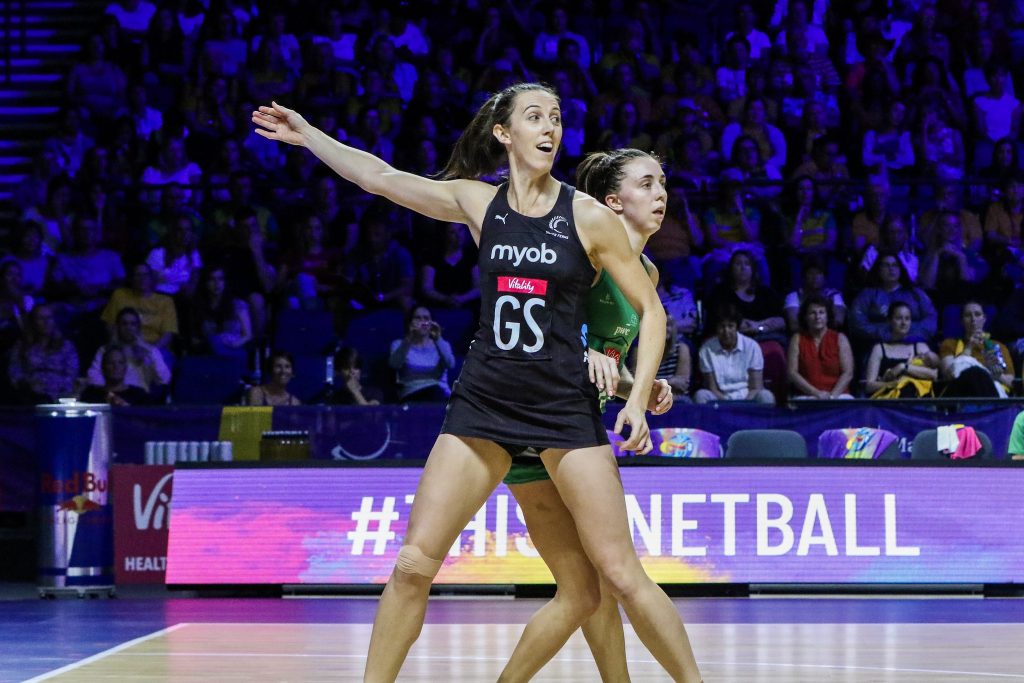 Bailey Mes, seen here on our court at the 2019 Netball World Cup, will lineup for the Mystics again this year. Photo: Danny Dalton