2020 has been a rough year for so many people. And, when former Perth Orioles and West Coast Fever alum, Nikala Smith approached us about reviewing her positive mindset program, Thinking Rewired, we all wanted to jump at the opportunity. But, alas, there were only so many program samples to go around. And, we could think of no better-deserving person to review the program, then a friend of Netball Scoop, Renee Marshall. Renee is an umpire coming up through the New South Wales pathways. Away from the court, she juggles her job as a full-time carer while studying podiatry. With all the challenges that 2020 has thrown at Renee, she definitely deserved an opportunity to reset her mind.

Thinking Rewired is the brainchild of former West Coast Fever and Perth Orioles alum, Nikala Smith. She created the program to assist people with mastering their mental health, to not just get the most out of their netball but also their everyday lives.

After realising her anxiety and negative self-talk impacted her performance on the court, Nikala decided she needed to make a change. Her self-development journey took her through many books, podcasts and workshops. She fell in love with the positive change and has now dedicated herself to helping others build their ‘mindset muscle’. The biggest obstacle she has faced is in changing the conversation and normalising mental health discussions.

The unique thing about Thinking Rewired is that it can be equally used on and off the court. Let’s see it in action: 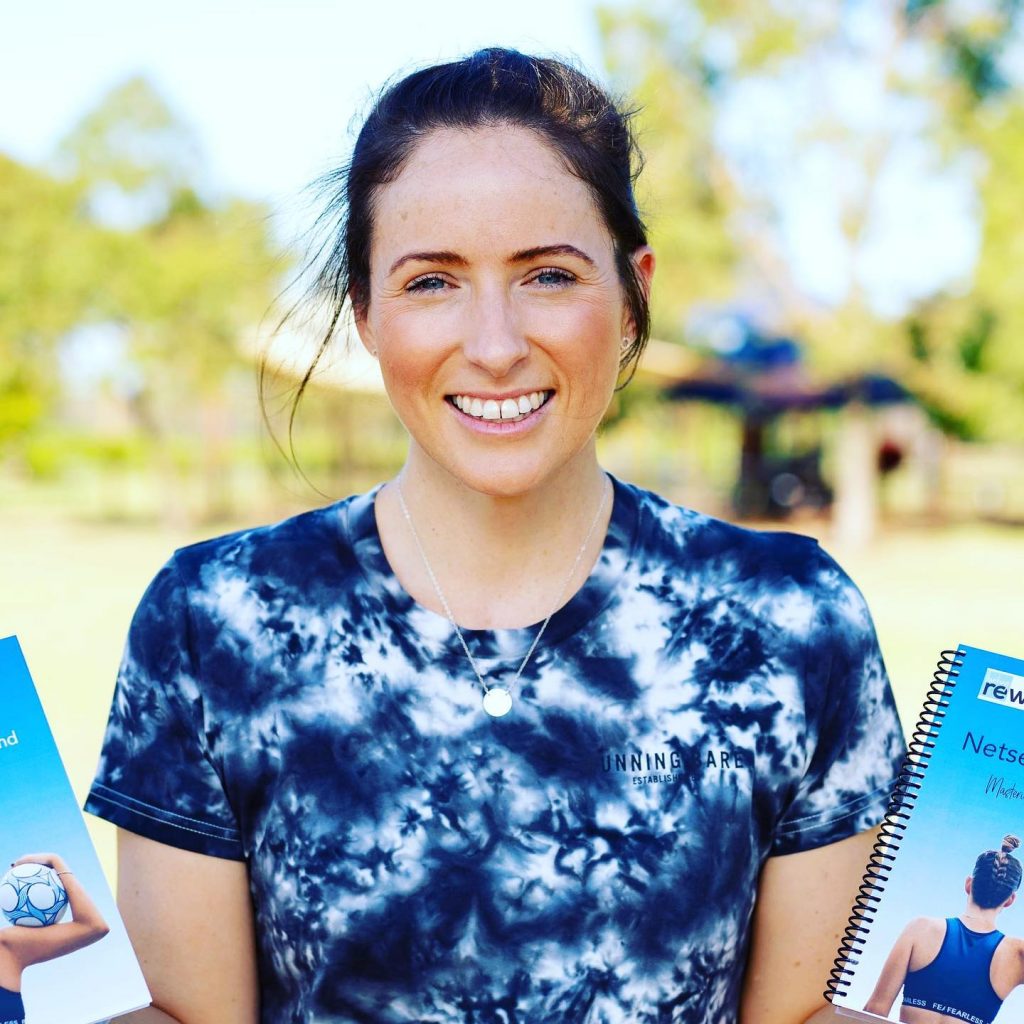 Thinking Rewired, Netset: State of Mind came at a time for me when I had just been through changing my thought process. As an umpire, I struggle at times when it comes to being harsh on myself. I have such high expectations of myself that when a goal is not achieved, I would get frustrated and it would almost be turmoil going on inside.

This year has taught me so much about self-love and setting goals which are achievable. When I was offered the opportunity to take part in a test of Netset: State of Mind I never thought I would be able to connect to the concepts to my everyday life. But the program has taught me to be in a growth mindset, to set achievable goals and to take stock of your goals and understand they are forever moveable.

Previously, I set goals which I thought were realistic with my role. But as an umpire its hard at times to get a grasp at where you currently sit and if your goals are perhaps too high for you to reach. Umpires are like a team; we need to gel together to ensure we allow the athletes on the court to fairly perform to the best of their ability. As a team we are also competing for the top games and to be pushed up to higher divisions, so we also have a lot of mental blocks, which generally turn to disappointments.

I wish the Thinking Rewired, Netset: State of Mind came about much earlier. It would have allowed me to get a better insight into myself and my mindset. For a long time, I was stuck in the rut of a fixed mindset where netball was becoming a chore and I wasn’t completely enjoying it. Little sparks would come to light when I would have good timing to the goal line or something I had been working on for a while would be successful on the court. But over the course of this, in particular, these moments felt like they were moving further and further apart. When I applied the tools learned in Netset: State of Mind, those sparks grew closer together and I can now say that I am enjoying my umpiring again.

This program would be so useful for athletes of all levels. The program helps you look at yourself in a light that whilst, yes, is somewhat judgement, it is actually constructive because it is pushing you in a direction that’s going to help succeed not just with netball but also other aspects of life. I have found the principles, such as the quick-fire focus concepts, so useful for uni. Knowing what I’m going to take out of a lecture and what I should know by the end, empowers me to take responsibility for my learning. This shifting in my attitude has allowed me to succeed and not just get by with the bare minimum.

I would love to see athletes, especially those at an academy level and higher (umpires and netball players) have the courage to read this and complete the activities. Successfully completing the program requires you to be honest with yourself, so you can gain power from that and be better individuals across many aspects of life. It may feel confronting, but it’s actually quite cathartic. It will twist your way of thinking on its head and you may struggle to grasp it at times: I know I do and that’s ok. I’m now able to set goals which are achievable and at times (especially this year for me) go above and beyond what I aspired to.

We have all had a rough year and can do with a little mindset reset. What have you got to lose?

Want to Win a copy of Thinking Rewired, Netset: State of Mind?

For your chance to try a copy of Netset: State of Mind for free, head to Netball Scoop’s Facebook page , find the post and tell us in 50 words of less why you think you need this program in 2021.  Competition closes at 5pm AEST 22 December 2020.