This was not a good week for injuries and our fingers are crossed for all of the players who suffered them.

Paris Lokotui went down, holding her left knee, during the Pulse v Stars game. The club announced the worst news that Paris suffered a ruptured ACL and will miss the remainder of the 2022 season. We wish Paris all the best in her recovery.

Grace Nweke injured her ankle during the Mystics v Tactix game and was unavailable for the Mystics v Magic game. Scan results on Wednesday will tell more about the likely impact of this on her season.

Renee Savai’inea was injured and taken off Court in the first half of the Steel v Tactix game. 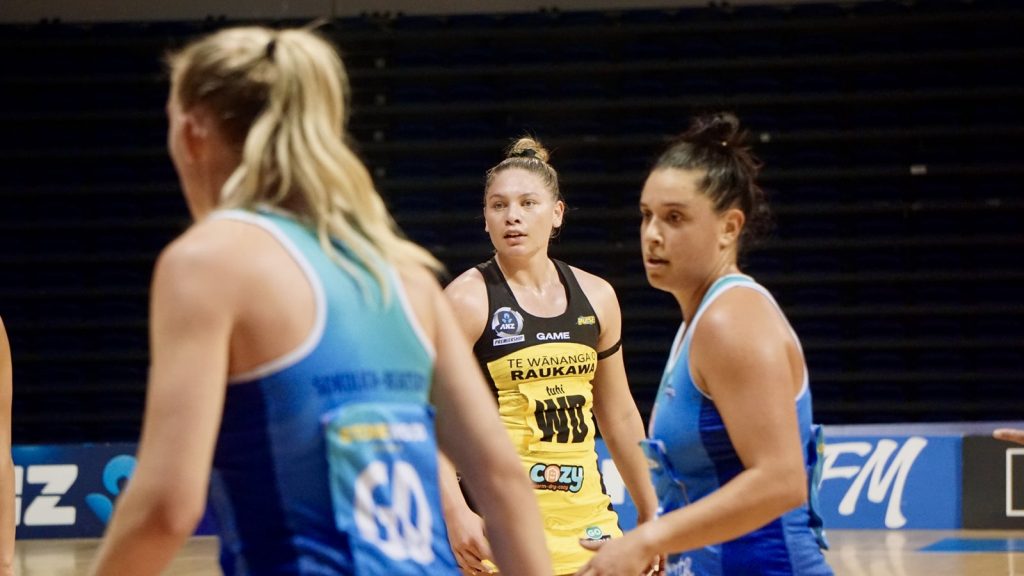 Paris Lokotui has been ruled out for the rest of the 2022 with an ACL injury. Image: Nicole Mudgway

Once again, retired netball players proved that they still have it in this round.  44 year old Leana De Bruin suited up for not only the Magic but also the Stars this week and impressed in both games.

Storm Purvis got a surprising fairytale to end her netball career. The stalwart ex Silver Fern called time on her stellar (albeit injury plagued) career at the end of 2020. She did not get to play her 100th game before doing so because the last round of 2020 was postponed due to Covid. In an elated Instagram post after the match, she explained that she had “totally accepted that 99 was my story” but then was called up on less than 24 hours notice to play in this round. She played like she’d never left, even securing two all important intercepts for her team.

Previously retired player Erikana Pedersen also continues to shine for the Pulse, despite being called in as injury replacement for Maddy Gordon who has returned to the Court. The dynamic midcourter retired at the end of 2021, after nine seasons of netball (mostly for the Tactix) and a brief Silver Ferns stint. She seems to bring calm to the Pulse side when out on court and doesn’t seem to be struggling with her fitness, despite a lack of preseason training with the team and playing centre (where she is traditionally a wing attack).

It was also a round of upsets, with the embattled Tactix and Magic (currently at the bottom of the table) rallying this week to beat the Steel and Mystics respectively.

It is getting tight on the table now and the question really seems to be who will face the Mystics (who continue to top the table despite this week’s narrow loss) in the grand final. Currently, the Pulse and Stars are tied in second position but the Steel and an improving Tactix side are hot on their heels.

Simmon Wilbore’s name was on all of our lips at the end of the Magic’s round one win, where she shone at wing attack in the game against the Mystics, and we pondered the impact she would have for her side as the season went on.

Unfortunately, it wasn’t to be for the talented 28 year old, who has been a training partner with the Magic since 2019. A broken finger meant she was sidelined until this week.

Her return coincided with the Magic’s only other win this season, and she played a vital role in it.  She clearly is fit and plays with flair and dynamism, consistently managing to drive to circle edge and creating attacking space for her team.

For much of the game, it was both teams’ defensive ends outshining the attack. The coaching decision by the Magic to bring back Leana de Bruin was one that paid dividends. De Bruin’s experience, height and style of play was an injection the Magic probably never knew they needed, but certainly benefited from. As per usual, Georgia Tong’s insertion into the game brought with it hops, craftiness and a dogged determination to get her hands to the ball.

This strengthened defensive line up was also bolstered by the return of Simmon Wilbore, who was named Netball Scoop’s Rookie of the Round for good reason. Her natural play-making skills and ability to drive to the circle edge ensured the Magic’s attacking end finally flowed smoothly. While we all love to see Georgie Edgecombe continue to develop her skills at WA, Wilbore definitely had an immediate impact.

If the Magic had lost, all eyes would have turned to the low shooting percentages of the Magic. While the team pulled off the win, the lower than average percentages will no doubt be an area of work-on for the shooters for future games. Despite this, the remarkable accuracy of all shooters in the nail–biter final quarter is a positive take away for both teams.\

The Mystics were a team without Grace, but they still put up a good fight. The well-established defensive unit of Fitzpatrick, Karaka and Sokolich-Beatson is always a comfort to watch, with no ball going uncontested and the team having a massive 26 combined gains and intercepts across the game.

The fitness of the Mystics was evident, whereas at times the Magic certainly looked to be struggling. There was no doubt that the Mystics would remain contenders in the match until the very end, and although it was the Mystics who threw the final wild pass to keep them in the game (which actually cemented the Magic’s win) it was the Magic who put out the most enduring display of netball to keep themselves in the game, winning only their second match of the season (the first being a round 1 win also against the Mystics).

Despite being on her last warning, Mikaere’s pairing with Leana de Bruin was a force to be reckoned with. Their height and experience overpowered the lesser established combination of Falknor and Vui, who are both much more familiar with Nweke being their other half.

At the other end of the court, we watched Ekenasio and Mes play out a full 60 minutes together. They had a phenomenal game the other day (against the Stars) and they put out another solid performance in this match, continuing to learn and adjust to each other’s style and play.

Grace Nweke can make anyone look good, but her absence on the court allows fans to appreciate the consistent partnership existing between Tayla Earle and Peta Toeava. Earle feels a bit of an unsung hero at times, but her ability to adapt to Toeava’s play-making, bounce off Toeava’s flair and her pinpoint accuracy feeding into the circle was as consistent as ever, even without Nweke being an easy target under the hoop. Earle and Toeava have a strong combination that becomes particularly valuable in a game without Nweke.

All photos by Graeme Laughton-Mutu 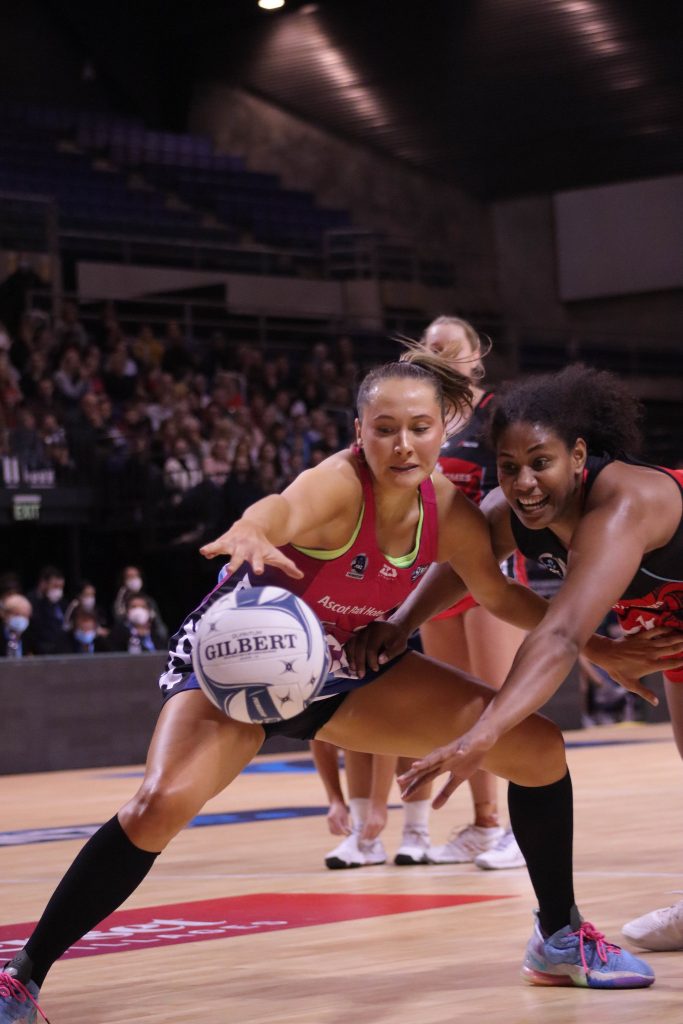 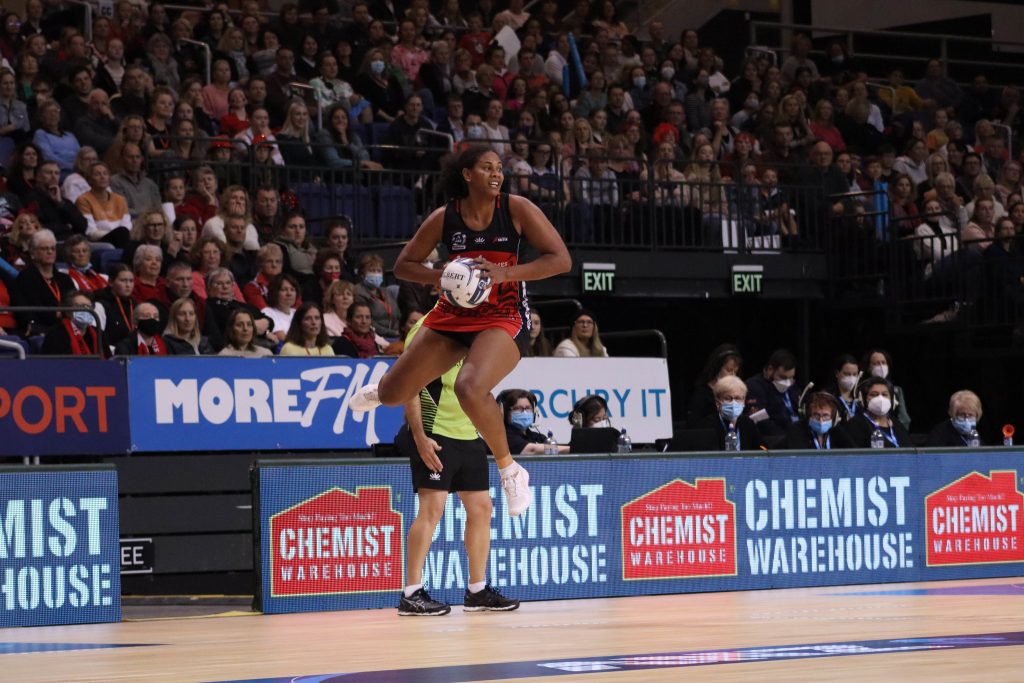 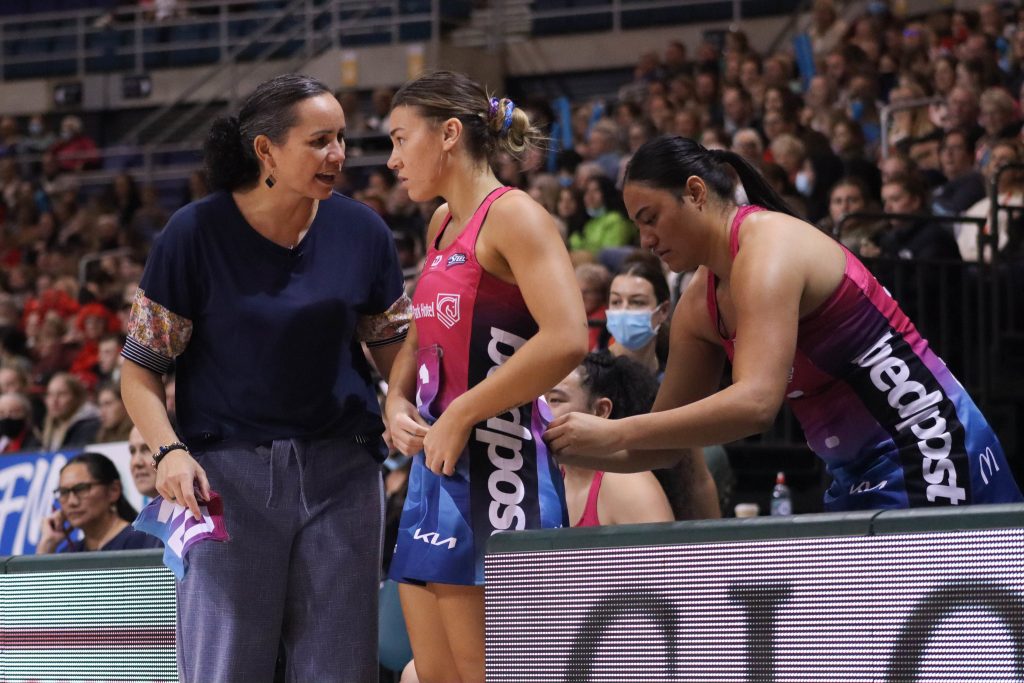 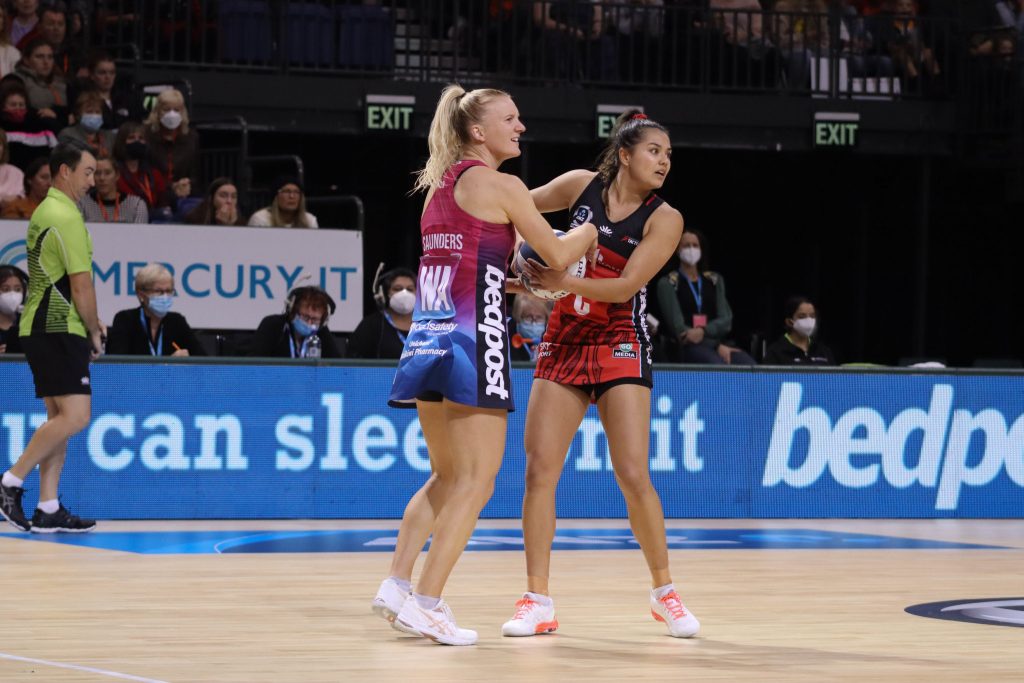 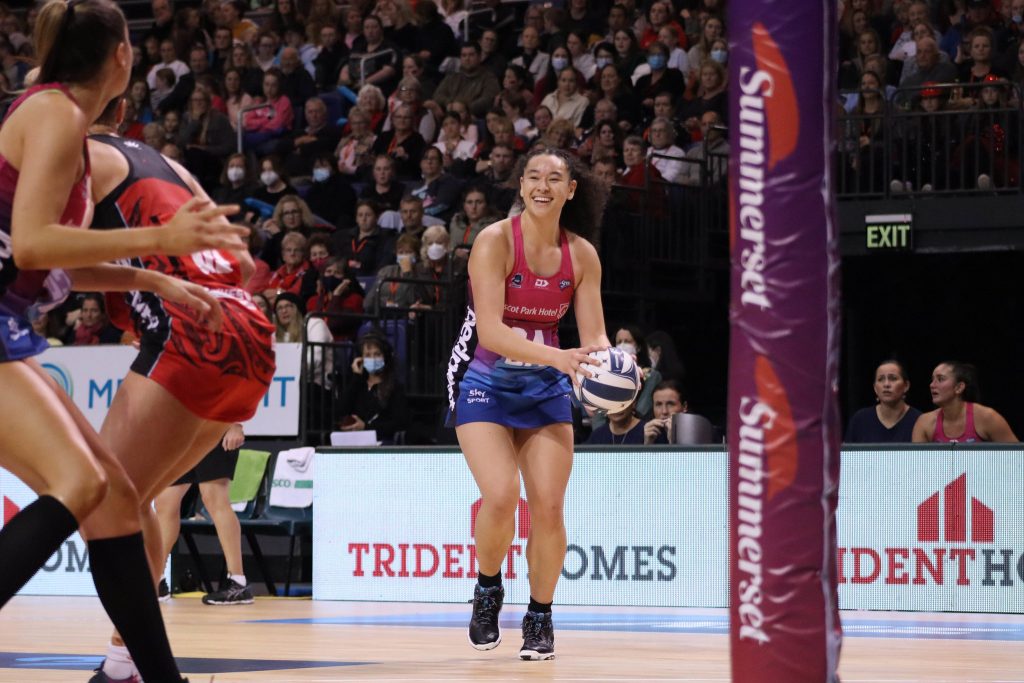