Of all the 2023 Suncorp Super Netball teams, the Queensland Firebirds and the Sunshine Coast Lightning have had the most off-season changes. Both teams have new coaching staff and several key personnel adjustments with the Firebirds losing four athletes and the Lightning losing three from their 2022 sides.  So, when both teams took to the Mackay Multisport Stadium for the first inaugural Suncorp Spirit Cup it was under the intense, but eager, scrutiny of passionate North Queensland fans.

The Suncorp Spirit Cup is set to become a regular fixture of the Firebirds’ and Lightning’s preseason regimen. The intent is for the competition to be “played across a different regional venue each year to ensure more Queenslanders can experience the thrill of live netball at the highest level.”

The Firebirds gave back to the grassroots netballers over the weekend by running clinics, hosting meet and greets and even allowing budding coaches a peak behind the elite coaching veil with head coach, Bec Bulley. But the main event was surely the five ‘quarter’ preseason match of which most regional communities rarely get to see.

Both sides travelled with full squads including their training partners. However, there were a few absentees: for the Firebirds, Ashlee Unie stayed at home recovering from Covid and their midcourt powerhouse, Gabi Simpson travelled with the side but didn’t take to the court as she nurses a minor ankle injury. Young shooter Reilley Batcheldor travelled with the Lightning despite still recovering from an ACL injury which will likely keep her off the court in 2023. And, Lightning captain, Steph Wood also didn’t play, opting to rest after a busy international season.

This match, like a lot of preseason matches, was played across five 10-minute parts but still had the rolling subs and a 3-minute super shot period in each term. Yet, despite it being a preseason hit out, it was played at a high-quality, frenetic pace. The Firebirds came out as eventual winners 56-46, off the back of some accurate shooting including several super shots from Mia Stower.

The game was messy at times as training partners and new combinations adjusted to the intensity but there were still some key learnings taken away:

This was first time both Bec Bulley (Firebirds) and Belinda Reynolds (Lightning) coached a competitive match play for their respective sides. Both had contrasting styles with Reynolds more vocal and on her feet during play, and Bulley more reserved.

From the start, Reynolds showed she was happy to make changes when necessary, opting to switch out combinations which may not have been working. Bulley utilised the rolling subs less frequently, in fact only changing out players during the fifth term for fatigue management.

Despite the loss, Reynolds said she thoroughly enjoyed the experience and noted she had a lot of learnings to take from the match.

“We have only been court since I have been on the Sunny Coast, three times,” she said. “so, despite that, I think the girls did a really good job in executing what we have worked on. But there is a lot to keep working on as well.” 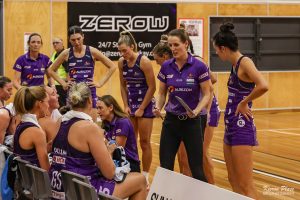 The new coaching team of Bec Bulley and Sara Francis-Bayman in action for the Firebirds. Image Kieron Place. 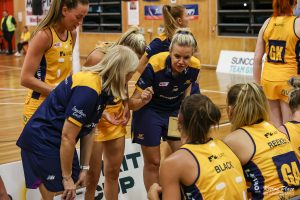 It’s hard to make a call on the Firebirds new defensive unit with Ash Unie not playing. However, the combo of Remi Kamo and Ruby Bakewell-Doran did impress. Both were mobile and very strong in the air. Their understanding of each other’s game was evident after having been honed over a few seasons with the Brisbane North Cougars.

After the match, Kamo couldn’t speak highly enough about the ‘epic’ experience. “The first hit out with the Firebirds was wonderful. It was all I imagined. It was so tough but it was fun.”

Bakewell-Doran picked up where she left off in the international season, collecting several intercepts and pickups across the match.  Kamo noted that despite she being older than Bakewell-Doran, she has a lot to learn from her defensive partner.

“It was so good to be back with Ruby. I was so proud of the season she put out last year and representing Australia. She has a lot to teach me even though I am the old dog. So, I absolutely adore being out there with her and can’t wait for more.” 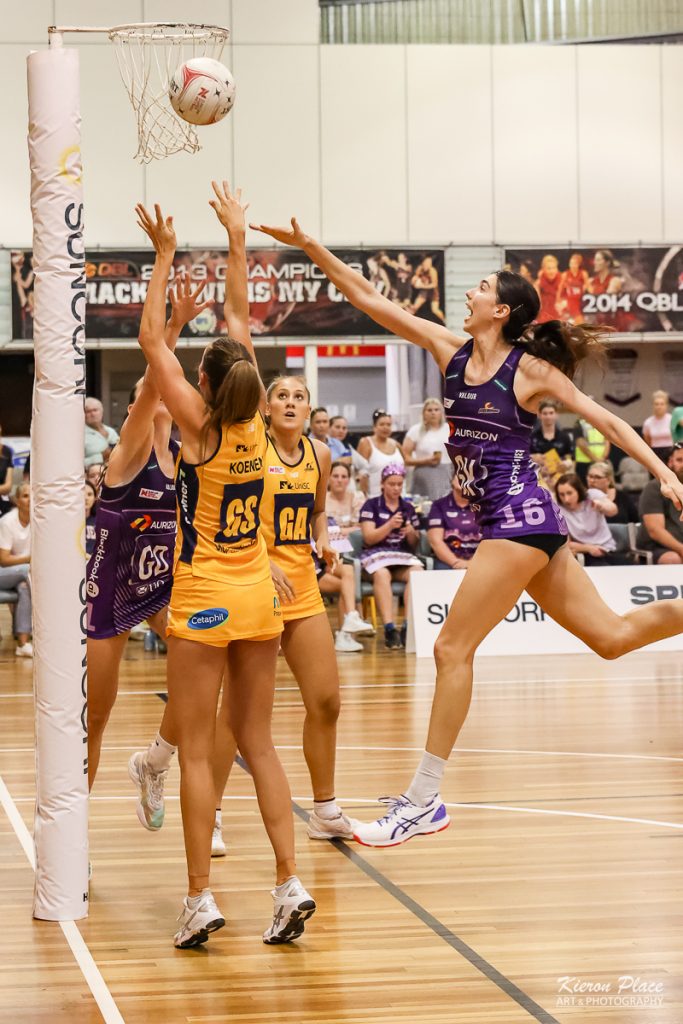 Remi Kamo gets some air-time as part of a new look defensive lineup for the 2023 Firebirds. Image: Kieron Place Art & Photography

Former Firebird training partner, turned new Lightning signing, Charlie Bell has had mere weeks with her new club but looked right at home under the post. Her movement was strong, as was her accuracy and rebounding ability. Her combination with Cara Koenen was as fluid as if they’d been shooting partners for years.

After the match, Bell admitted she felt all the emotions heading into the game. “It was daunting getting ready before the game. But then as soon as I got on court against an old teammate in Remi next to me, I felt right at home. As soon as I got that first shot away, the nerves were gone.

It’s always been a dream of mine to play SSN. Obviously this scenario, not being in Firebirds colours, but I am stoked to be with Lightning and loving every second of it.”

Her coach was very impressed with the youngster’s first hitout. Reynolds said, “She took the challenge on. She took the balls nice and strong and provided plenty of volume for us. She and Cara worked well together. Having those two really tall targets was exciting.”

Expect this young talent to make an impact in the 2023 season. 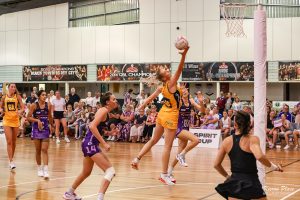 Charlie Bell is a new signing for Lightning, and should impress this season. Image Kieron Place.

The Firebirds are still on the hunt for their third shooter for the 2023 season. During the Spirit Cup, two contenders showed why they deserved the spot.

In the first period, Emily Moore partnered with Donnell Wallam in the shooting circle for the Firebirds. Though her numbers were not high, her connection with the feeders and Wallam looked strong. When given the option, her shooting was accurate, including one super shot (though it was denied as her toe was over the line).

In the third period, Moore partnered with Mia Stower with the duo bringing a lot of movement to the circle. With each injection across the match, including time in the fourth and fifth periods, Moore grew with confidence.

Lauren Frew also took to the court in the shooting circle for the Firebirds. She played more of a holding game and was very calm in her movements. Her accuracy and volume were also quite high. At times, her connection with the feeders looked a little lacking though it’s something that can be improved with more court work.

Head coach, Bec Bulley said if she had her way, she would keep both shooters in the Firebirds environment in some form. “Lauren and Emily did amazing. They were both very nervous heading into the match. We don’t know what is happening with Gretel (Bueta) at this stage but we have to be prepared for whatever decision she makes. So, both Lauren and Emily did what was asked of them and did a great job.

“Lauren is a bit younger and hasn’t been in the SSN environment. So, I thought for her to come on, play against the Lightning and shoot like she did, and take the balls like she did, was really promising. Emily has sort of been in the state league system for quite a long time. She hasn’t been in an SSN environment. She’s a bit older at 25 but she is a really smart, confident player. I hope that they will both stay on.” 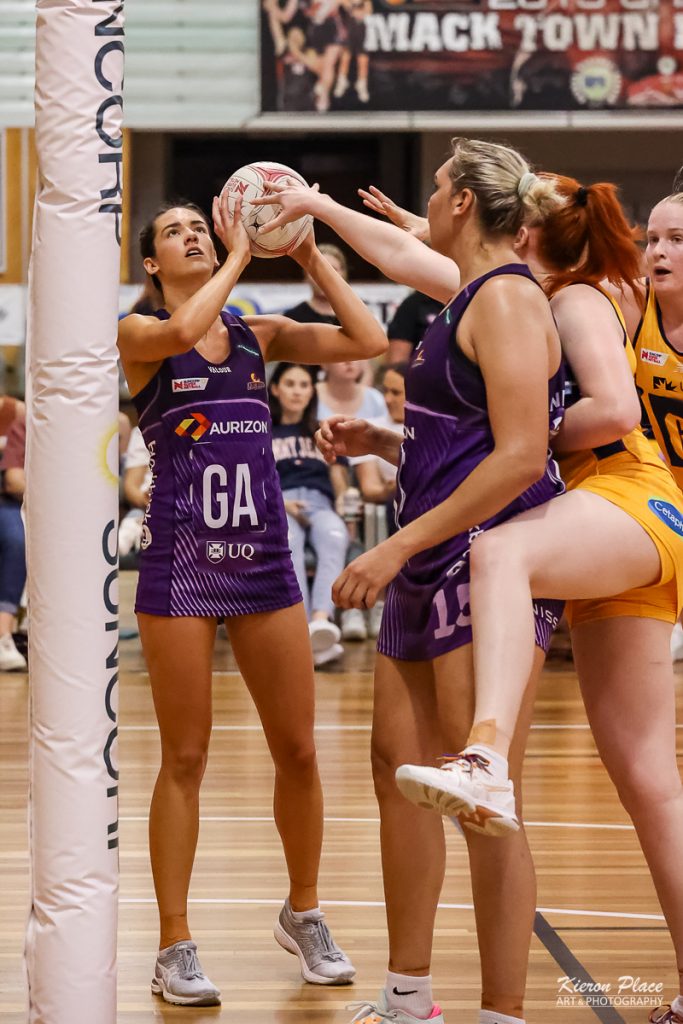 Emily Moore had a good trial run (as a possible replacement for Gretel Bueta) with the Firebirds. Image: Kieron Place Art & Photography

Leilani Rohweder and Ava Black both starred in the midcourt for the Lightning and could be strong options to replace newly retired Kate Walsh. Both athletes were versatile with Rohweder able to swing across wing defence and goal defence while Black looked comfortable in both wing positions.

For now, Lightning are keeping their options open with Reynolds noting they still haven’t found the right fit yet. “We are working with the performance team looking at all options for that (replacement). I wanted to have a chance to look at the training partners today. So we will now go back to the table and really work at getting that cemented pretty soon.

Interestingly, Lightning could opt to select another Firebird training partner in Hulita Ve Ve. The Tongan captain is coming off a great international season, having led her side into a World Cup place for 2023. In this match, she played a fantastic tagging and shutdown role on the numerous wing attacks she faced. Her selection will be a knock for the Firebirds but a boon for her and Lightning. 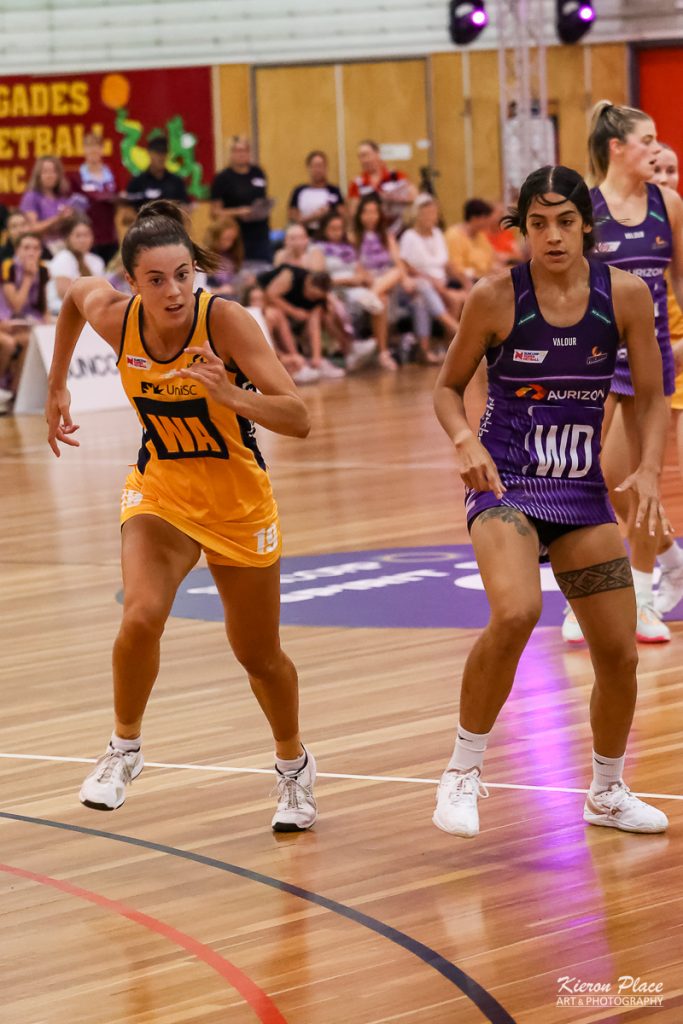 Could Ava Black (Lightning) or Hulita Ve Ve (Firebirds) secure a contract in 2023 as a replacement for the retired Kate Walsh? Image: Kieron Place Art & Photography

The Firebirds will meet the Lightning again when they host the side for Round 2 of Suncorp Super Netball. The match will be broadcast live on Foxtel and Kayo Freebies 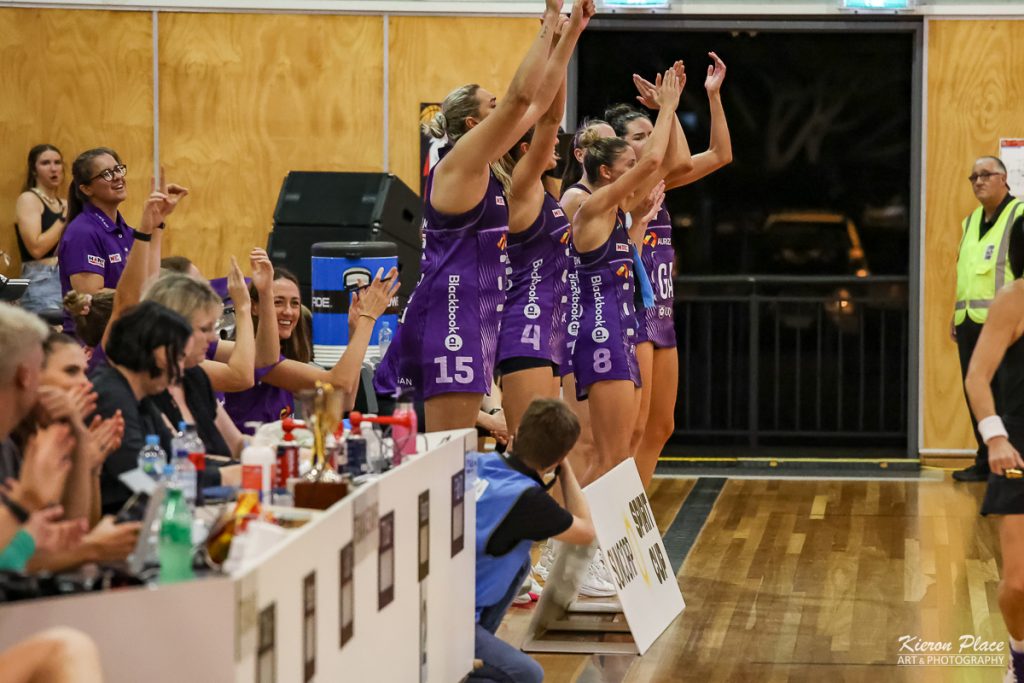 The Firebirds bench likes what they see. Image Kieron Place. 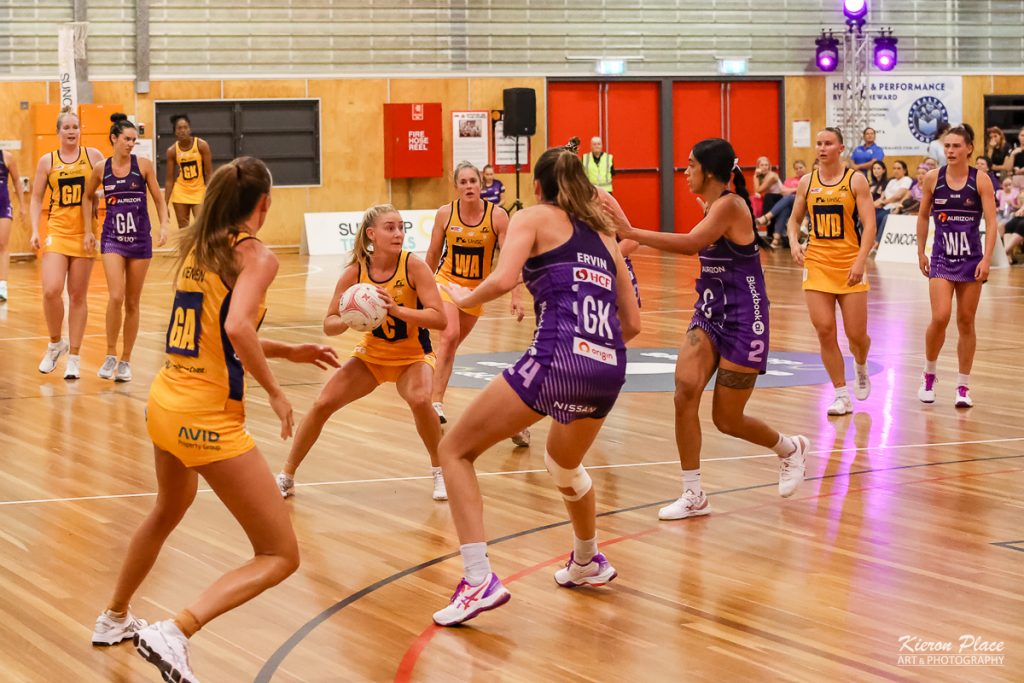 Annie Miller about to let the ball go for Lightning. Image Kieron Place. 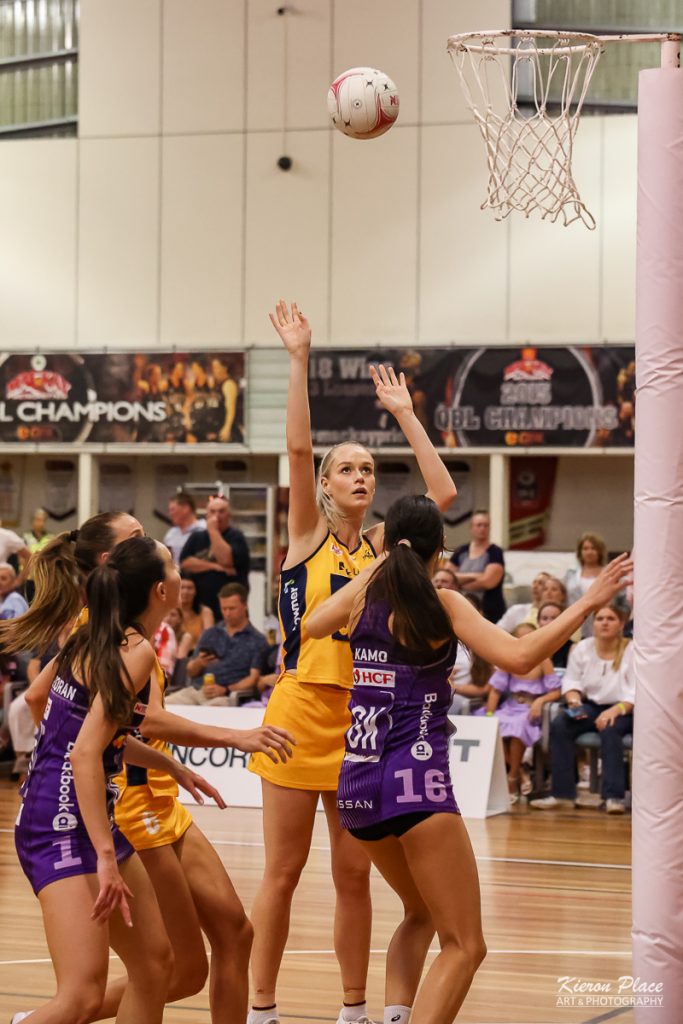 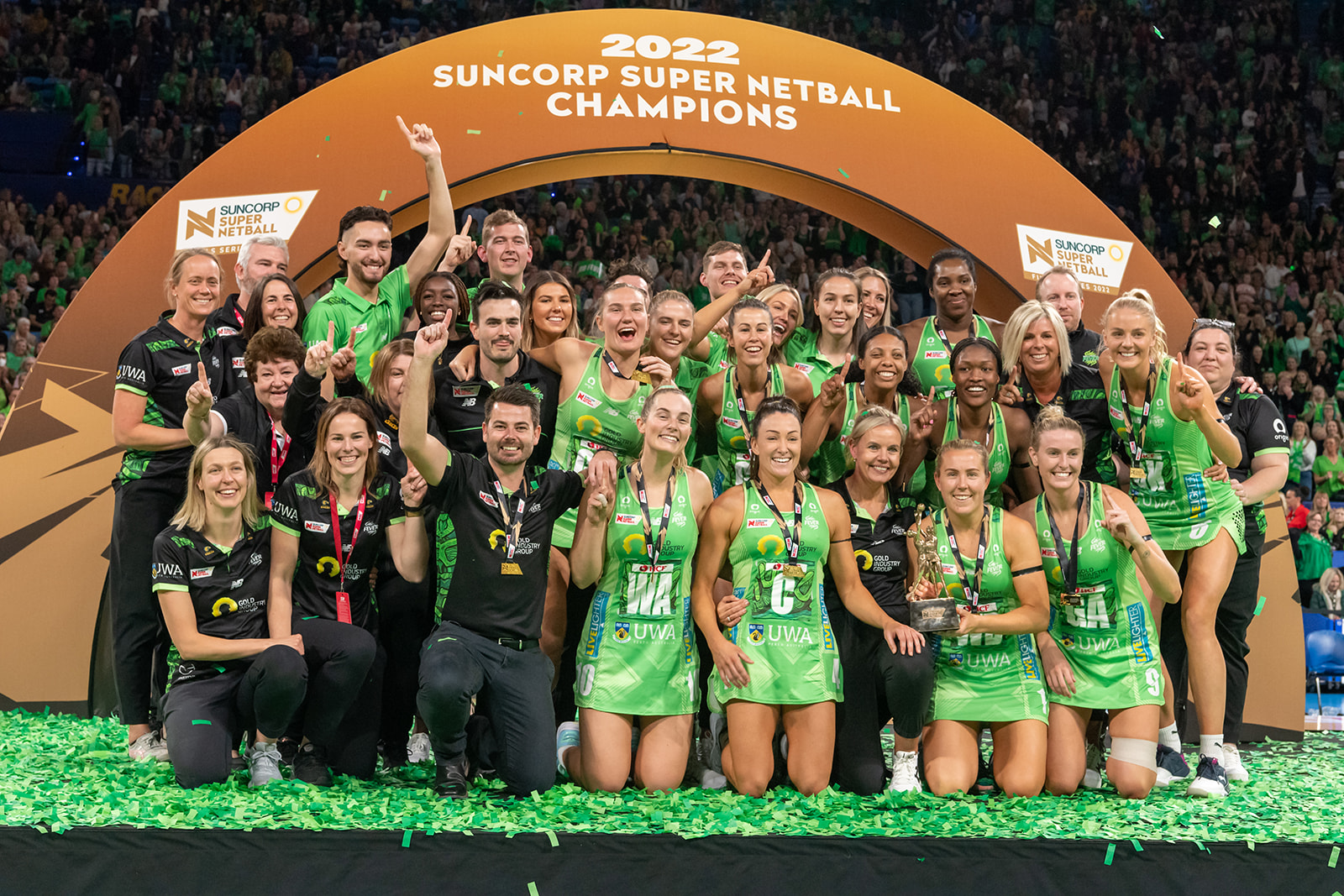 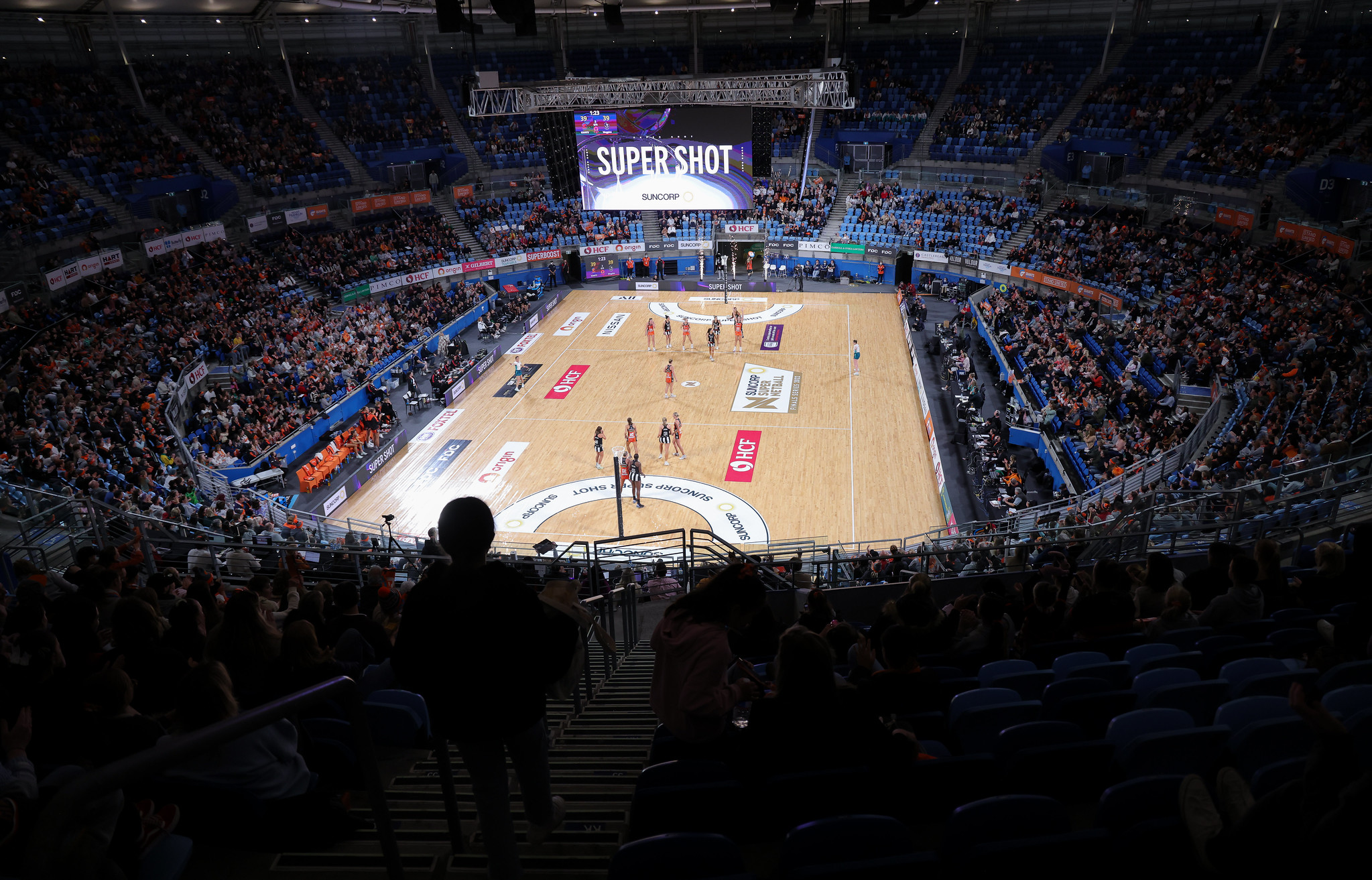 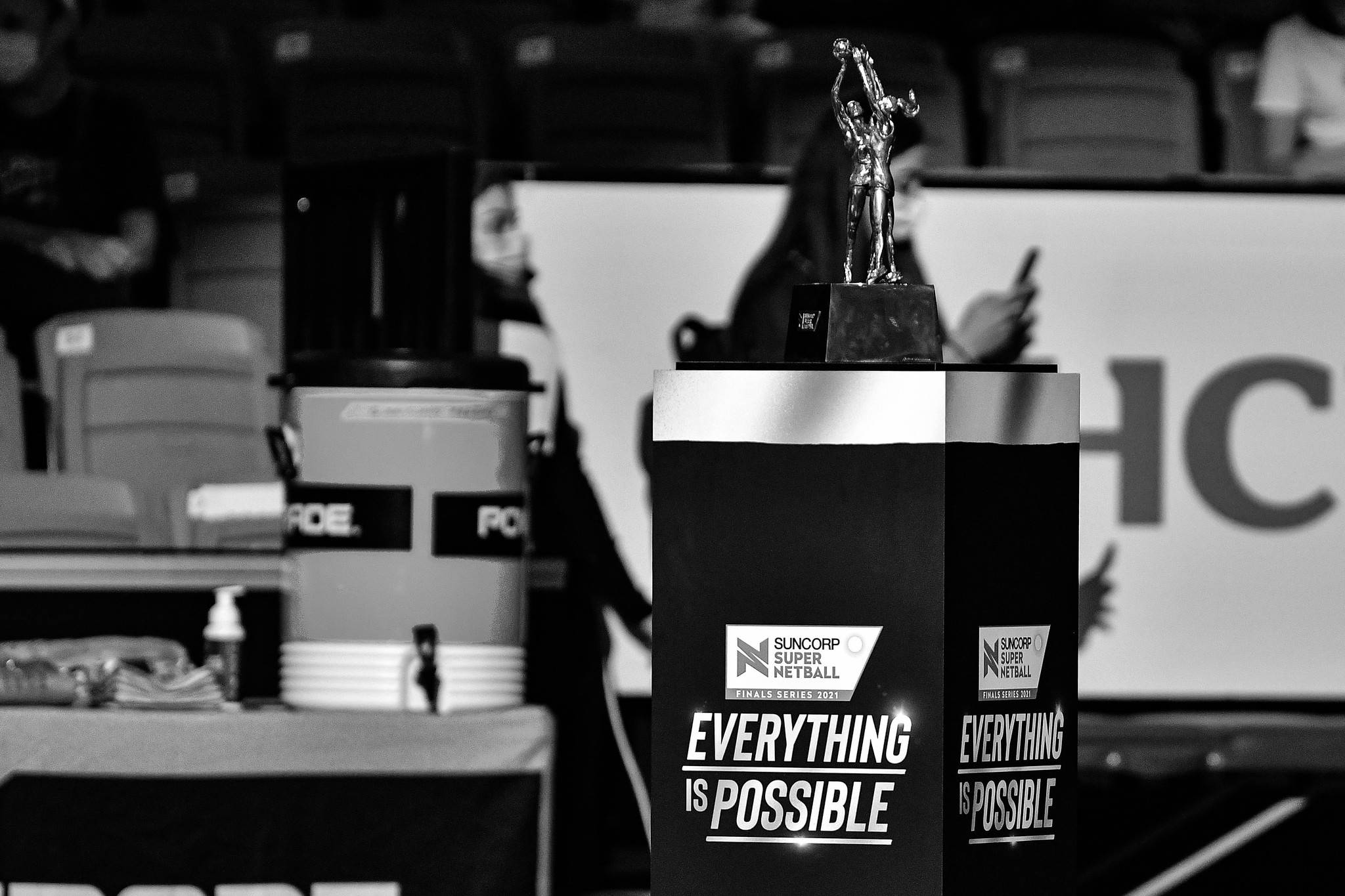 2022 SSN Grand Final Preview – How They Got Here

2022 SSN Grand Final Preview – How They Got Here 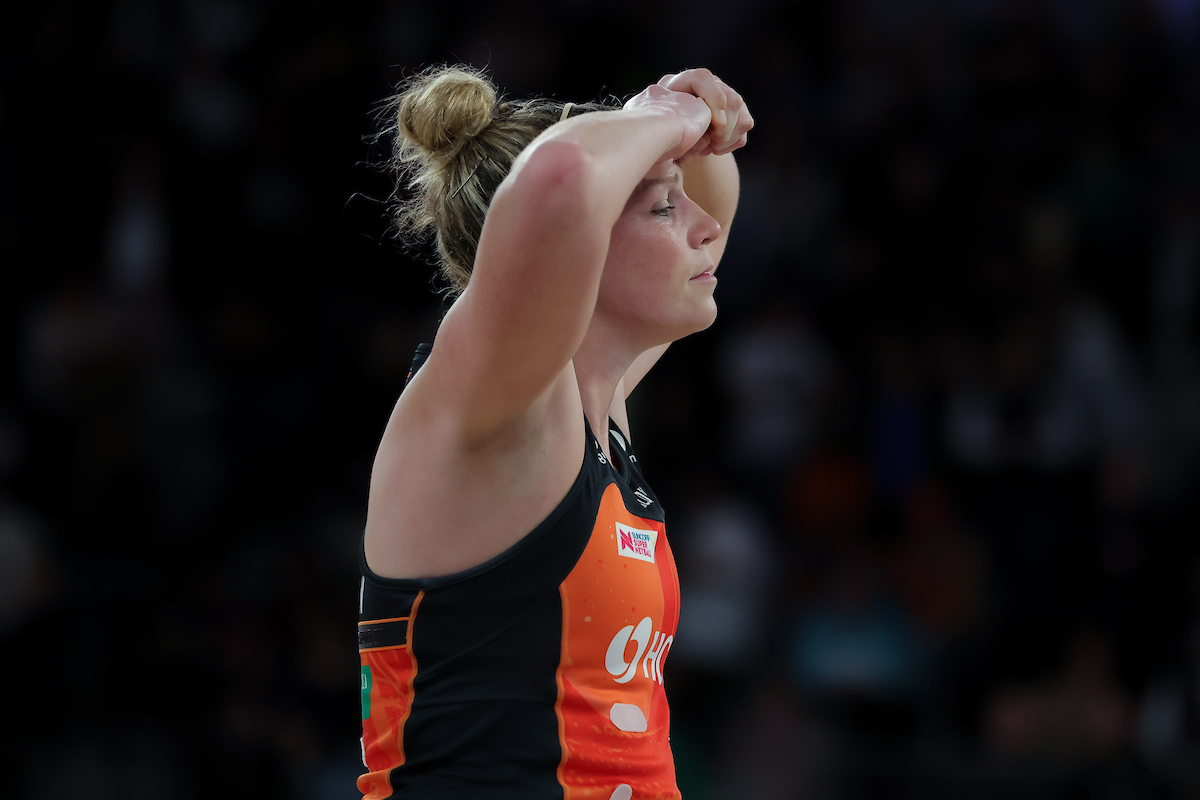