“I just want the media to call us a sport and not a ‘women’s sport’. There are more people playing netball in this country than AFL or rugby league or union– I mean what else do we have to do to be taken seriously?

“I never called AFL or NRL ‘men’s footy’ despite the fact those codes were closed off to women for the last century.

“We have one of the biggest grassroots bases of any sport and are truly national with huge numbers in every state. Yet still we are treated as a poor relation. If we don’t call this out more regularly nothing will ever change.” 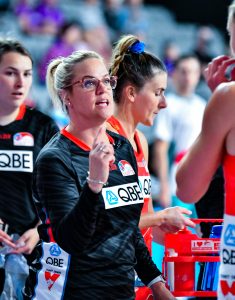 International Women’s Day has a far richer history than most people realise. It’s humble beginnings started over one hundred years ago, when at the turn of the century there was worldwide unrest and debate over women’s rights. In 1908, over 15 000 people marched on New York City demanding shorter hours, better pay and voting rights for women.

A conference for working women held in Copenhagen, 1910, was attended by over 100 delegates from 17 countries. One of their proposals was to hold an annual event celebrating their cause. And so in 1911 International Women’s Day was born,  settling on the permanent date of March two years later.

It took a while for the suit and tie brigade to catch on, with official recognition from the United Nations deferred until 1975, some 64 years later.

However, it wasn’t until the new millennium that International Women’s Day was celebrated on the scale seen today. In numerous countries around the world, March 8th is marked with a public holiday, while most nations have a series of events, rallies, conferences and fundraisers.

For many, female athletes epitomise what International Women’s Day celebrates – their resilience, work ethic, and drive to push the boundaries of achievement.

Indeed, the official International Women’s Day website recognises the crucial role that sport has to play in society, stating, “Sport primes women and girls to lead, not solely on the track or field, but in every aspect of life.”

Sport transcends boundaries, borders, politics, Covid and uncertain times. Its athletes inspire, unite us, and allow us to dream.

And so to celebrate, in a two part series Netball Scoop reached out to people from around the globe to ask them about International Women’s Day.

Keeley Devery at Channel 9 – she’s been working in rugby for twenty years, leading a male sport. She’s come across to netball, and she drives that space. I really admire what she’s done, in the broadcast space.

Kelly Underwood, as a commentator. I look back at the very first time she had to commentate an AFL game, and she was with Channel Ten. She was told that was what she was going to do, it wasn’t a choice, they wanted her in that space. It was unbelievable leadership from Dave Barham, who was Head of Sport at the time. Kel was thrown into the deep end, and she copped a massive amount of abuse, but I look at the strength and backbone that she had, and now she’s commentating on a regular basis on the radio, the male dominated sports. She’s led the way, and she’s always an advocate for females in commentary, and it’s not an easy industry to be in.

Stacey Marinkovich is another one. If being an elite coach wasn’t already difficult enough, then suddenly she takes on a dual role as the Australian Diamonds’ coach, and has to manage the Covid environment, even just getting the team across to the Constellation Cup. And doing that with a young child on her hip – it’s almost impossible that’s she’s managing all that, and yet she is doing that, putting systems around her that she trusts, making sure things are happening either at Diamonds or at Fever. 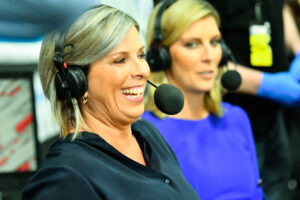 I am a huge admirer of Ruth Bader Ginsburg – her grace and intellect, and her relentless persistence in fighting for rights that have really transformed the lives of women.  But closer to home, I am surrounded by inspirational women … as part of my blood family, my work family, my netball family … women who are determined to make a difference where they are, with what they have.

I’m inspired by women with the strength and courage to break the mould.  They challenge convention, have a sort of rebellious disregard for “no/not you/not now” and through their quests they somehow make the world feel bigger and more expansive for all of us.  In science, medicine, leadership or sport, it takes a brave women to be a maverick but they break the door down for all to follow.

I’m inspired by all the female journalists who are starting to make themselves heard. They have given so much to our sport, are so thoughtful and respectful of it. Kelli Underwood of the Offsiders is a good example – she is so passionate about sport, and the ceilings that she has broken along the way. Rachel Griffiths the actor. She’s back in Melbourne now creating some exciting projects in the arts. Professor Michelle Simmons who was Australian of the Year a few years ago, and the work that she is doing inside quantum mechanics.

There are so many different fields, I will always take something out of each person’s story, and the fact that they are having a really good crack at what they are working on, and that is to be admired. They are doing it in a way that is really authentic, they’ve got the same struggles that many women do, balancing family and work. It’s an exciting thing to see that they are making a difference. 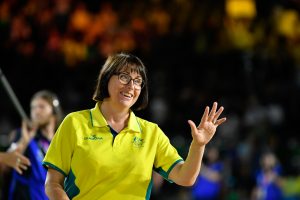 Someone that has truly inspired me would be an old team mate, good friend and current Firebirds specialist coach Katie Walker who I believe taught me the true meaning of hard work and constantly encouraged me to be better, not only in netball but as a person.

My Nan. She was a widow when my mum and two uncles were all below the age of 7 and raised them by herself, in a time difficult for women. My mum as well – she has been a nurse at St Vincent’s hospital for over 35 years… she would say that she basically runs the joint!

If I was to pinpoint one particular woman that inspires me it would have to be Jacinda Adern. The way she has led New Zealand through a number of crises including the massacre in Christchurch and the Covid 19 pandemic response has been outstanding. She has done it with good grace, dignity and empathy, and has reset the blueprint of how a world leader should act. 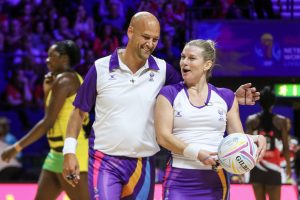 So many women inspire me every day, but my greatest inspiration comes from Stacey (Francis), my wife – just seeing how driven she is and how she attacks challenges every day, how she manages to see the positive in any situation and is grateful for the challenges she faces – she is a constant reminder to me that I must be grateful for the position I’m in.

My mum has also been an inspiration and role model to me, from when I first started netball. How she managed to work full time, running a dance studio, bring up two kids and still have time for herself was amazing. I didn’t even think of it at the time, but in the late 80s/early 90s she was a really powerful woman to have as a role model.  She and my dad were complete equals in everything – the home, so many ambitions, working towards so many things – I think I absorbed, almost by osmosis, that  I could do so much thanks to her.  And that’s something I’m taking forwards every day.

I admire my mum for her strength and resilience. Sporting wise, I’m really inspired by Serena Williams. She is a fierce competitor and plays with so much heart. It’s really inspirational to see how she juggles being a mum and a professional sports woman! 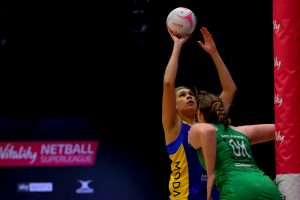 There are many women throughout history who are inspiring to all however the women that inspire me are Serena Williams, Jacinda Ardern, and Emmeline Pankhurst. These women inspire me as they have been tenacious and empowering role models to all women in different walks of life. They have continued to fight for what they believe in and haven’t apologised for it!

Outside of the game, I’ve been inspired by the Williams sisters. Their champion winning mindsets & the fact that they really are the bosses of the game. Seeing them together made me want to represent with my sister, too – that makes it so much more special for me.

My Grandma. She is a women of wisdom and love. 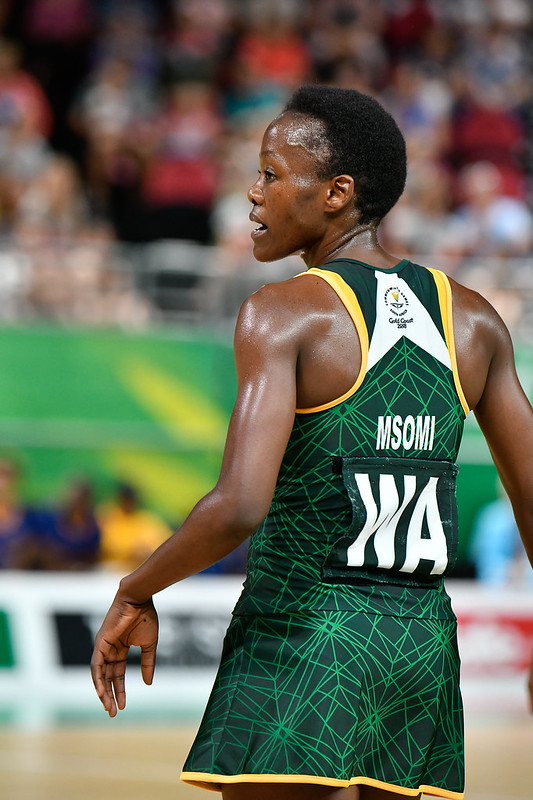